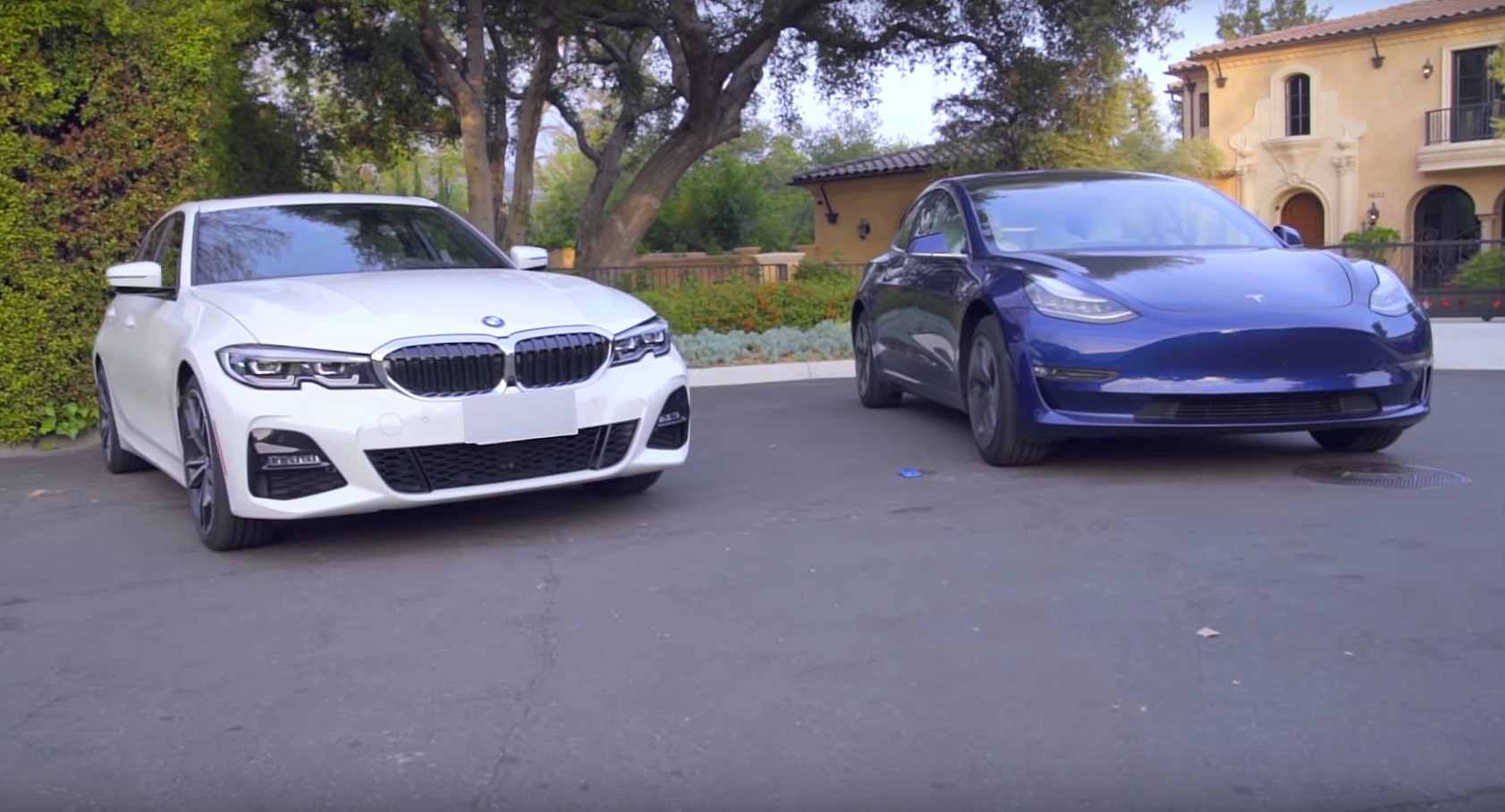 A Tesla Model 3 was recently pitted against a 2019 BMW 330i (G20) in a practical automatic parking test, with both vehicles being required to perform a parallel parking maneuver in a relatively tight spot. The results of the comparative test were very interesting, and they all but show that not all parking assist features are created equal.

The 2019 BMW 330i is quite literally brimming with tech, being equipped with a series of safety and convenience features such as Active Guard Plus, Lane Departure Warning, Collision and Pedestrian Warning with City Braking, and of course, Parking Assistant, which is capable of automatic perpendicular and parallel parking maneuvers. The 2019 BMW 330i even includes Reversing Assistant, a clever capability that the German automaker describes as “automated reversing in confined spaces or situations where the driver does not have a clear view, such as multi-story car parks or entrances to courtyards.”

The Tesla Model 3, on the other hand, features Autopark, which utilizes the vehicles’ Autopilot cameras to enable one-touch automatic parking maneuvers. Tesla’s Autopark has been around since 2015 as part of Autopilot, though the feature has since been moved to the Full Self-Driving suite. Tesla’s Autopilot and Full Self-Driving features are constantly being improved and updated through the continued training of its neural network, which gathers real-world data from the company’s fleet.

The test of the two vehicles’ automatic parking systems was conducted by the hosts of YouTube’s Good Drive channel. First off was the 2019 BMW 330i and its Parking Assist, which promptly ignored the parallel parking slot selected by its driver. The BMW instead attempted to park in a larger space, though its driver eventually canceled the Parking Assist maneuver due to the 330i getting too close to the vehicle in front.

The YouTube hosts gave the 2019 BMW 330i’s Parking Assistant another chance, and this time, the German sedan detected the actual spot selected by its driver. Unfortunately, the 330i didn’t recognize the space as a slot for parallel parking, resulting in the vehicle performing a perpendicular parking maneuver instead. Thus, while the BMW successfully parked itself (technically), the end result was rather awkward, with the vehicle being perpendicularly parked in a parallel parking slot.

The Tesla Model 3’s Autopark test proved a lot smoother. As soon as the automatic parking sequence was activated, the electric sedan eased into the tight parking space, making adjustments as necessary. The channel’s host later noted that while he would have managed to parallel park the car faster if he was in control of the Model 3, the Tesla’s Autopark system moved in a manner very similar to a human driver nonetheless.

Tesla is currently in the process of developing and refining its Full Self-Driving features, which Elon Musk expects will be “feature complete” by the end of the year. FSD, and in extension, Autopark, is a key component of Elon Musk’s plan to launch the Tesla Network, an autonomous ride-sharing service expected to disrupt companies such as Uber and Lyft.