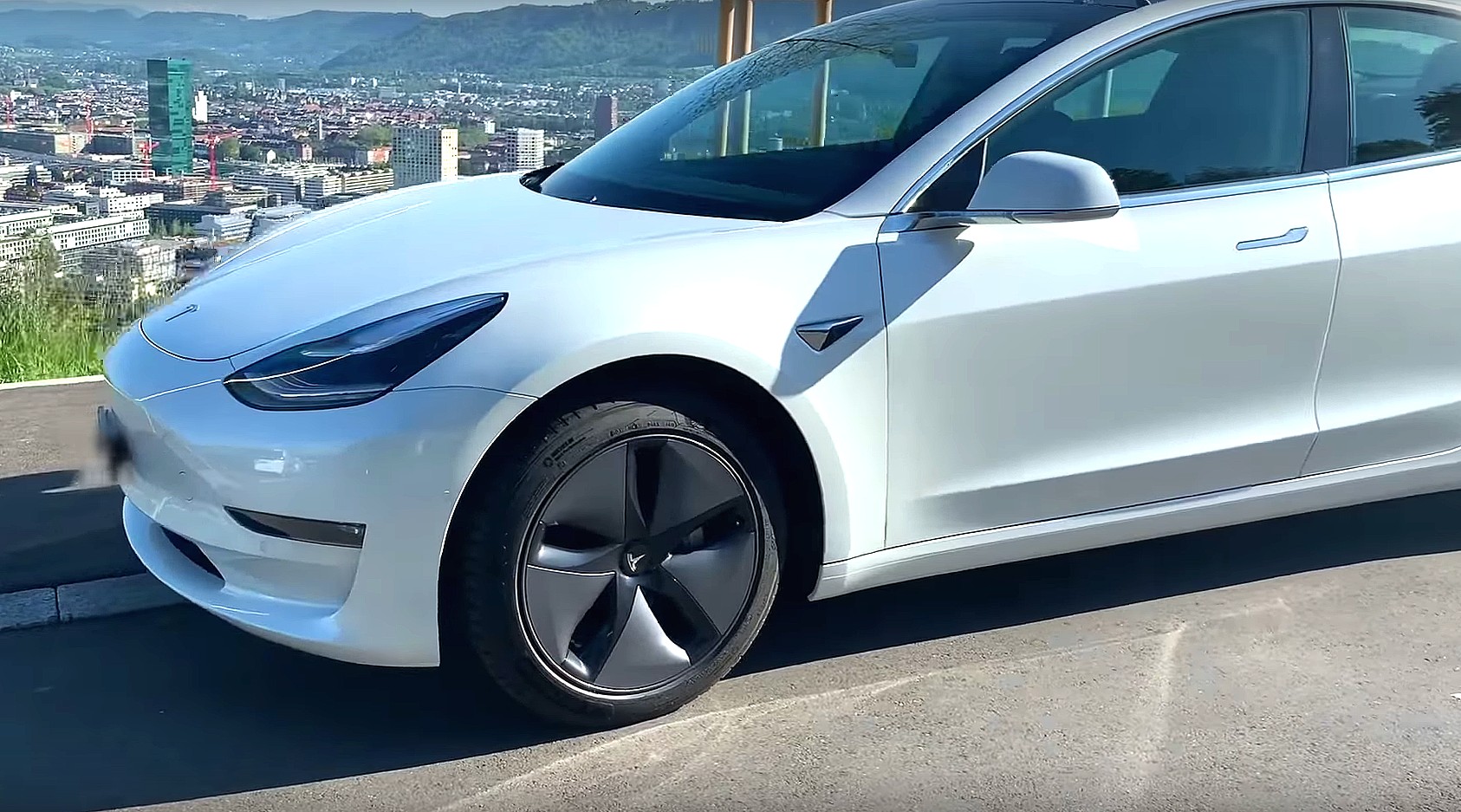 A Model 3 in the EU market is reviewed, delivery taken by Martin Welzl of Teslafinity. | Image: Martin Welzl/YouTube

Tesla’s Model 3 build quality has received a fair amount of criticism since it began shipping to customers, particularly in terms of the finishing touches on seat stitching, paint, and lineups between panels and cabin components. However, a video review by Martin Welzl of Teslafinity assessing a recently delivered Model 3 indicated that significant improvements have been made to the midsize sedan. Overall, Welzl found that any quality variations in that particular Model 3 were in line with those found in cars produced by major auto manufacturers, none of which would recommend against purchase of the vehicle.

The white Model 3 in the video had a VIN in the 310,000+ range and was built in April 2019 for the European market. Only a few build quality issues were noted after the review. In particular, some corners and edges had a slightly uneven paint appearance, the driver’s side door speaker was hovered 1 mm above the door, and about 1 cm of stitching in the passenger seat was uneven. The Model 3’s panels were slightly off in spots, but significantly improved over older videos showing earlier builds. Given Tesla’s rapid rate of adjusting and improving its production process, any quality issues noted in the review may have already been addressed.

Taking delivery of the European Model 3 was also described as a somewhat frustrating experience with schedule delays creating most of the issues. The Model 3 was purchased by Welzl’s parents, and he took over communications with Tesla on their behalf to ensure their experience with their new car wasn’t affected by any delivery hiccups. Once the car was in hand, though, the process became forgivable. “It’s just a beautiful piece of engineering,” Welzl said in the video, referring to his reaction to delivery of the vehicle.

Tesla often finds itself under a microscope as a new car maker, especially while producing all-electric vehicles intended to upend an industry deeply rooted in gasoline and diesel-powered products. Scathing reviews have been infamously produced by a few industry professionals, and the California-based automaker has addressed both their inaccuracies and their fair criticisms. Panel gaps, for instance, have now been fine tuned to be competitive with Audi, BMW, and Mercedes models, according to Tesla.

Quality is expected to continue to improve even further as Model 3 sales continue to grow and Tesla ramps up production. A recently leaked email from CEO Elon Musk suggested that the midsize sedan is being produced at a steady 900/day currently, resulting in a run rate of 6,300 vehicles per week with component production rates helping to quickly close in on 7,000 cars per week. If achieved and matched with delivery output, Tesla could beat its Q4 2018 record deliveries which amounted to over 90,000 vehicles.