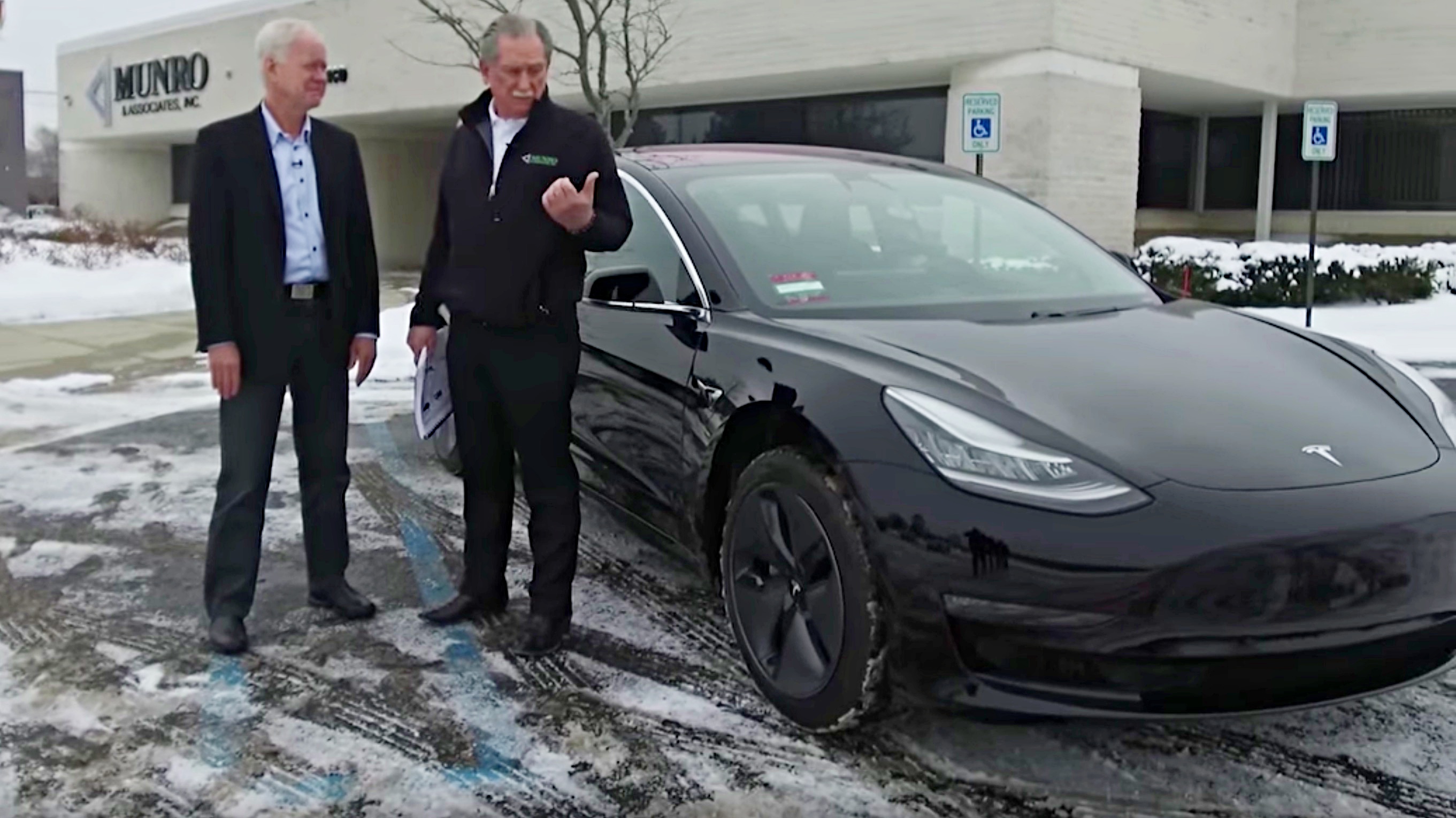 Tesla has issued a response to Munro & Associates’ teardown analysis of the Model 3. Over the past couple of months, the teardown company, led by CEO Sandy Munro, has been hard at work probing every aspect of the Model 3, from its design and build quality to its electronics and driving performance. In a recent video, Sandy Munro discussed his company’s findings at length, reiterating his observations since his first Model 3 critique went online last February.

During his first video of the vehicle, Munro, a veteran of the automotive field, took particular issue with the way the Model 3 was assembled. According to the teardown specialist, the electric car was “terrible” in terms of build quality, and several of its design elements, such its lack of physical latches on the rear doors, were deeply flawed. Munro also took particular notice of the Model 3’s panel gaps, which were notable and inconsistent.

As noted in a recent Motor Trend article, Tesla has addressed Munro & Associates’ concerns about the vehicle. According to the Silicon Valley-based electric car company, the Model 3 that Munro analyzed was manufactured in 2017. Since then, Tesla noted that it has improved its production process, and continues to do so. The electric car maker further noted that it has been focusing on making the Model 3’s panel gaps more consistent, resulting in vehicles produced today having a standard deviation that’s comparable to some of the leading automotive brands in the industry today.

“The primary car evaluated by Munro was built in 2017. We have significantly refined our production processes since then, and while there’s always room for improvement, our data already shows that Model 3 quality is rapidly getting better.

Since we began shipping Model 3 last year, we have been very focused on refining and tuning both part and body manufacturing processes. The result being that the standard deviation of all gaps and offsets across the entire car has improved, on average, by nearly 40%, with particular gap improvements visible in the area of the trunk, rear lamps and rear quarter panel. Today, Model 3 panel gaps are competitive with Audi, BMW, and Mercedes models, but in the spirit of relentless improvement, we are working to make them even tighter.”

Apart from the Model 3’s build quality, Sandy Munro also noted in an Autoline After Hours episode that the Model 3’s frame is the heaviest in its class. According to Munro, Tesla could have saved a lot of weight had it followed BMW’s concept with the i3, which used a generous amount of carbon fiber to keep its weight down. In its response, Tesla noted that the car’s construction is key to ensuring the vehicle’s safety.

“The U.S. government found Model S and Model X to have the lowest probability of injury of any cars it had ever tested, and Model 3 was designed with the same commitment to safety. While there’s always room for refinement of cost and mass, which we are already improving, electric cars have unique safety requirements to prevent intrusion into the battery, and Model 3 was also designed to meet the latest small overlap front crash requirements that other reference vehicles may not have.

“We stand behind our physical crash testing and our computer simulations of it, which have been remarkably accurate, and the safety that they demonstrate. The safety of our customers is more important than any other metric.”

While Munro & Associates were critical of the Model 3’s weight and its build, the teardown specialist nonetheless admitted that they were impressed with the way the Model 3 performed on the road. According to Sandy Munro, everything about the Model 3 from its suspension, all the way to its battery pack, are industry-leading, and if Tesla had only ensured that its build quality was as good as its technology, it would have “mopped the floor with everybody.”