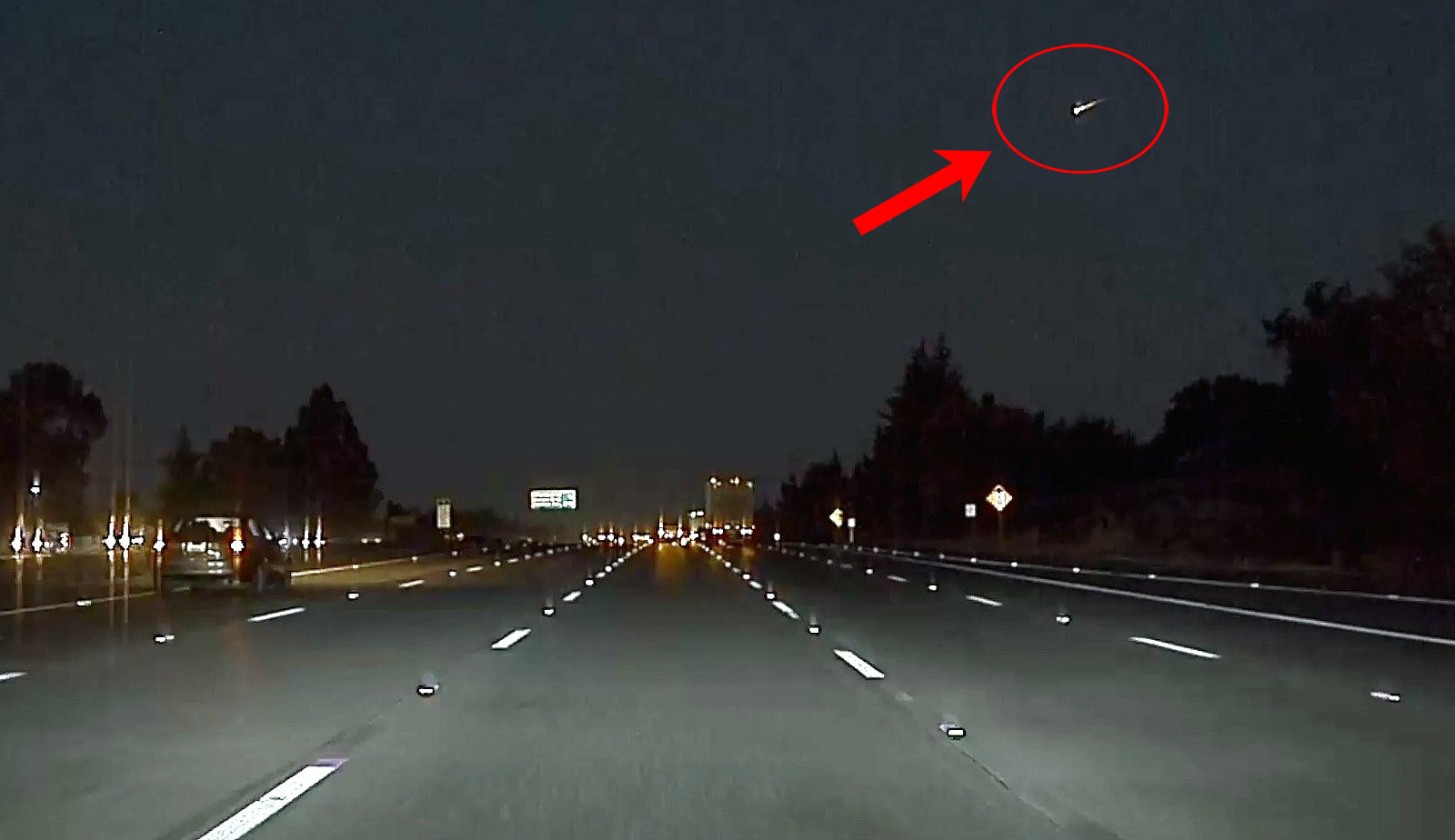 A Tesla owner’s commute over a Sacramento, CA highway last Wednesday instantly became memorable, after a bright Perseid meteor was captured in all its fiery glory by his Model 3’s built-in dashcam. The fireball was a treat for the eyes, spending several seconds in the sky before fading out of sight.

Footage of the remarkable sighting was shared on the r/TeslaCam subreddit by Model 3 owner u/mtn-joe, who remarked that the Perseid fireball was actually a lot brighter in person compared to how the meteor looked in his vehicle’s TeslaCam video. Describing the experience in a comment, the Tesla owner stated that the meteor looked like a “giant sparkler in the sky.”

The Perseid meteor shower is a favorite among astronomy enthusiasts due to the sheer number of fireballs that are spotted during the duration of the event. As noted in a Forbes report, the Perseid shower, at its peak, could treat sky-watchers with around 80 fireballs per hour when conditions of the night sky are optimal.

This year’s meteor shower peaked on the mornings of August 11, 12 and 13. Unfortunately, these days also happened to be a time when the Moon was bright, making conditions to view the fireballs less than perfect. Fireballs are expected to be visible even after these peak days nevertheless, with this year’s annual shower estimated to last until around August 24.

The number of fireballs that could be spotted in the sky generally decline after the Perseid shower’s peak days, though some particularly bright meteors, such as those spotted by the Model 3 owner last Wednesday, are bound to be sighted in the days that follow. EarthSky notes that Perseid fireballs generally remain visible for about 10 days after the shower’s peak days.

Tesla CEO Elon Musk’s private space firm, SpaceX, has been behind some remarkable man-made aerial spectacles as well. SpaceX’s final Falcon 9 launch in 2017, which carried a batch of Iridium satellites into space, became a visual feast after the exhaust plume of the rocket was illuminated at high altitude by the sun. This resulted in an aerial display that was so otherworldly, it resulted in a pileup of vehicles on Interstate 10 in Beaumont, roughly 80 miles east of Los Angeles.

Even more interestingly, the rare spectacle attracted the eyes of alien enthusiasts, some whom speculated that the patterns left by the Falcon 9 in the sky were the work of extraterrestrials. Elon Musk, ever his trolling self, candidly noted on Twitter that the visuals of the launch “was definitely aliens.”

Watch the Perseid fireball captured by the Tesla Model 3’s built-in dashcam in the video below.