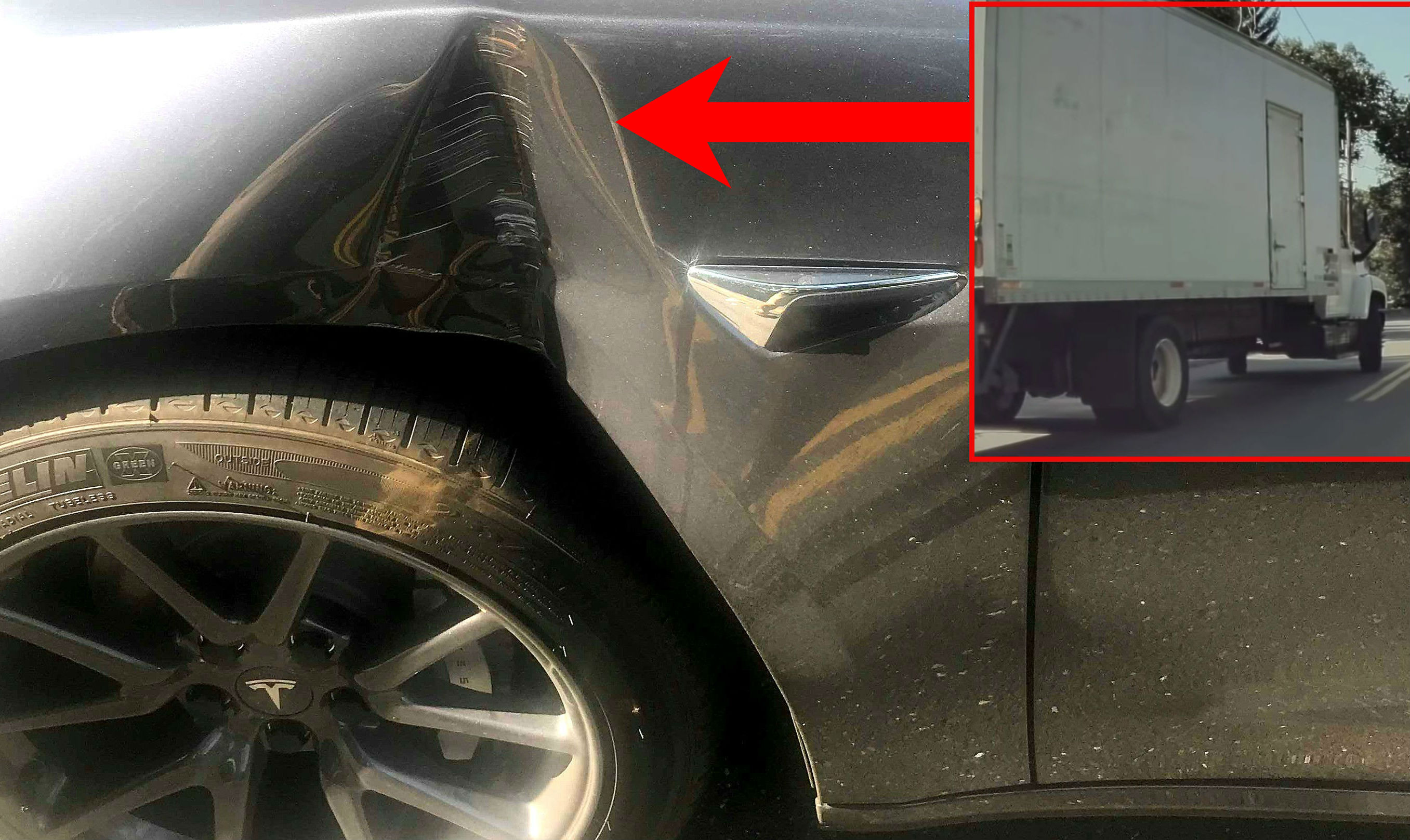 A Tesla owner is thanking his Model 3’s built-in dashcam after it allowed him to prove the fault of a truck driver who crashed into his electric car. Thanks to the footage captured by the Model 3, authorities and the insurance companies involved were able to get a clear, objective account of the unfortunate incident.

Tesla owner Mahesh Puthenveetil was driving on Huckleberry Rd at Avon, CT to drop his son off at school when he approached a familiar left turn at Chevas Rd. Engaging his Model 3’s left blinker, he slowed down and stopped as a large, white truck exited Chevas, visibly ignoring a stop sign in the process. When Puthenveetil realized that the truck was not going to yield to his Model 3, he stepped on the brakes to let the large vehicle through.

Strangely, the driver of the truck stopped right after he turned. Puthenveetil then stared in shock as the truck driver started a three-point-turn, reversing directly into the spot where his Model 3 was stopped. He pressed on his electric car’s horn to alert the other driver, but despite these attempts, the truck continued backing up until it hit the Tesla on its left front fender.

Much to the Model 3 owner’s surprise, the truck’s driver did not seem to have realized that he crashed into another vehicle. The large vehicle completed its three-point turn, then started driving back into Chevas Rd. With the truck driving away, Puthenveetil followed the vehicle and tried once more to get the driver’s attention. Eventually, the truck did stop, but only after Puthenveetil overtook it and parked his Model 3 in front of the large vehicle. He then called 911.

When authorities arrived, Puthenveetil connected the USB drive attached on his vehicle to his smartphone, in order to show the dashcam footage to the police. This helped the police get the necessary details about the incident. In a message to Teslarati, the Model 3 owner mentioned that the officers were really impressed by Tesla’s built-in dashcam feature, particularly the vehicle’s capability to save recorded footage. With video evidence pointing to the truck driver being at fault, the authorities then proceeded to contact the trucking company’s insurance provider.

A police report of the incident revealed that the truck driver that hit Puthenveetil’s Tesla was driving with a suspended license. “Operator #1 (the truck driver) was given a verbal warning for… unsafe backing. Upon running Operator #1’s driver’s license in COLLECT, it came back as suspended and the CDL was listed as disqualified,” the report read.

Puthenveetil later touched base with the trucking company’s insurance provider, who also proved impressed with the Model 3’s built-in dashcam. “They said they wish every car had this feature and that would have made their job easier. Generally, it takes a longer time to get the insurance to accept the liability, because they want the other party to acknowledge the liability. But given the video footage and clearly documented police report, they accepted the liability fairly quickly,” the Model 3 owner stated.

The Tesla owner noted that he probably would have avoided the accident had he had just driven straight when he realized that the truck driver was about to perform a three-point turn. Puthenveetil noted that he was still intent on turning left into Chevas while the incident was unfolding. In a message to Teslarati, he noted that in cases such as these, hindsight is unfortunately always 20/20. Fortunately for the Tesla owner, his vehicle had eyes looking out for him, and it was these that ultimately allowed him to prove that the truck driver was at fault.

Watch the Model 3 owner’s unfortunate run-in with a truck in the video below.