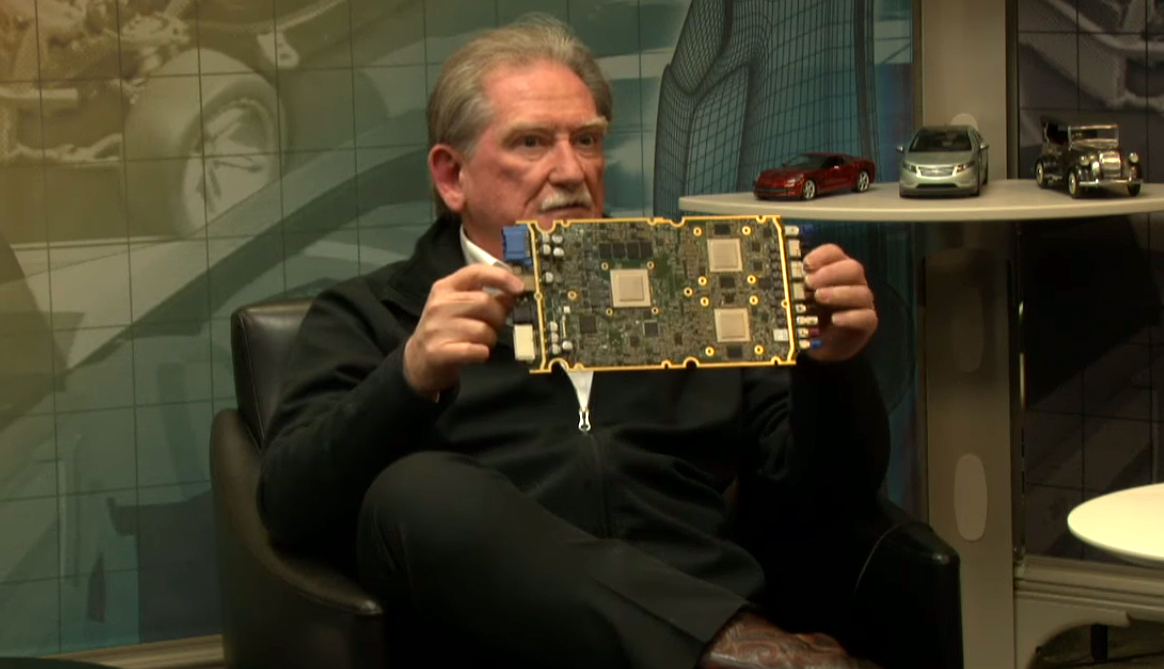 Tesla Model 3 critic and Detroit veteran Sandy Munro discussed much of the results of his company’s teardown of the electric car in a recent episode of Autoline After Hours. In a lengthy discussion with the network’s panel, Munro explained what he liked about electric car, even gushing at one point and saying that the Model 3 electronics are comparable to a flight controller found on the Lockheed Martin F-35 Lightning II stealth multirole fighter.

In his most recent Autoline interview, Munro noted that his team is almost finished with its analysis and teardown of the electric car. While the Detroit veteran still maintained that he doesn’t have much good to say about the vehicle’s mechanical components, the Model 3’s electronics, battery, and suspension are a completely different matter.

According to Munro, the Model 3’s Automatic Drive Modules are a class above the industry, featuring a design architecture that is usually found on high-end electronics and government-grade machines. Munro even compared the Model 3’s drive module to the flight controller of the F-35, which he is familiar with due to his company’s work for the US military.

The Detroit veteran further stated that Tesla could very well be the leader in battery tech today. According to Munro, prior to tearing down the Model 3, he believed that LG’s battery modules used in the Chevy Bolt EV are the best in the industry. Tesla’s batteries, however, are on a completely new level. Munro was particularly impressed with the differential between each one of the Model 3’s battery blocks.

“We went through there, and the difference was .2 milliamps. Holy, nobody can balance batteries that close. Nobody. Nobody’s ever done that,” Munro said.

Apart from the Model 3’s battery and its electronics, Munro also noted that the suspension for the Model 3 was excellent. The teardown specialist went so far as to state that the person who designed the car’s suspension could easily be an “F1 prince.”

A close-up of the Automatic Drive Module of the Tesla Model 3. [Credit: Autoline Network/YouTube]

Overall, however, Munro maintained that the Model 3 is weighed down by its substandard fit and finish. The Detroit veteran said that if Tesla had been more deliberate on the Model 3’s more basic, mechanical aspects such as its panels and its doors, the vehicle could easily bring competitors to their knees. Munro even noted that if an experienced contract manufacturer had worked on the Model 3’s body, the Elon Musk-firm would have “hit every target” and “even Toyota would be crapping their pants.”

“Dr. Jekyll and Mr. Hyde, that’s where they are. And that’s the good thing for the auto industry because if it would have just been a normal car from the mechanical side, from, like I say, the dinosaur technologies; if it came out decent with all the other stuff, they’d mop the floor with everybody,” he said.

Overall, Munro ultimately concluded that the Model 3 is a car that the industry should not dismiss, and that anyone in the automotive business who chooses to ignore Tesla’s progress is doing so at their own peril.

“Anybody that doesn’t look at the electronics on the Tesla (Model) 3 is out of his mind. They’re in peril. This is not some Mickey Mouse outfit that you can just dismiss. Anybody that’s in the car industry that ignores this car is doing it at their own peril,” Munro said.

“This is big stuff. This is not inching up. This is revolutionary, and everybody else is sitting there twiddling their thumbs.”

Sandy Munro is the CEO of Munro & Associates, a company specializing in vehicle teardowns and analysis. Previously featured in two of Autoline’s YouTube segments about the Model 3, Munro took a very critical stance on the electric car’s build quality, calling the Model 3 a “miserable job” and admitting that he “hated” some of the vehicle’s design elements. In a later video about the Model 3’s ride and drive, however, Munro admitted that while the vehicle’s fit and finish were horrible, its handling and performance were great.

Watch Autoline After Hours’ episode featuring Sandy Munro and the general results of his company’s Model 3 teardown in the video below.