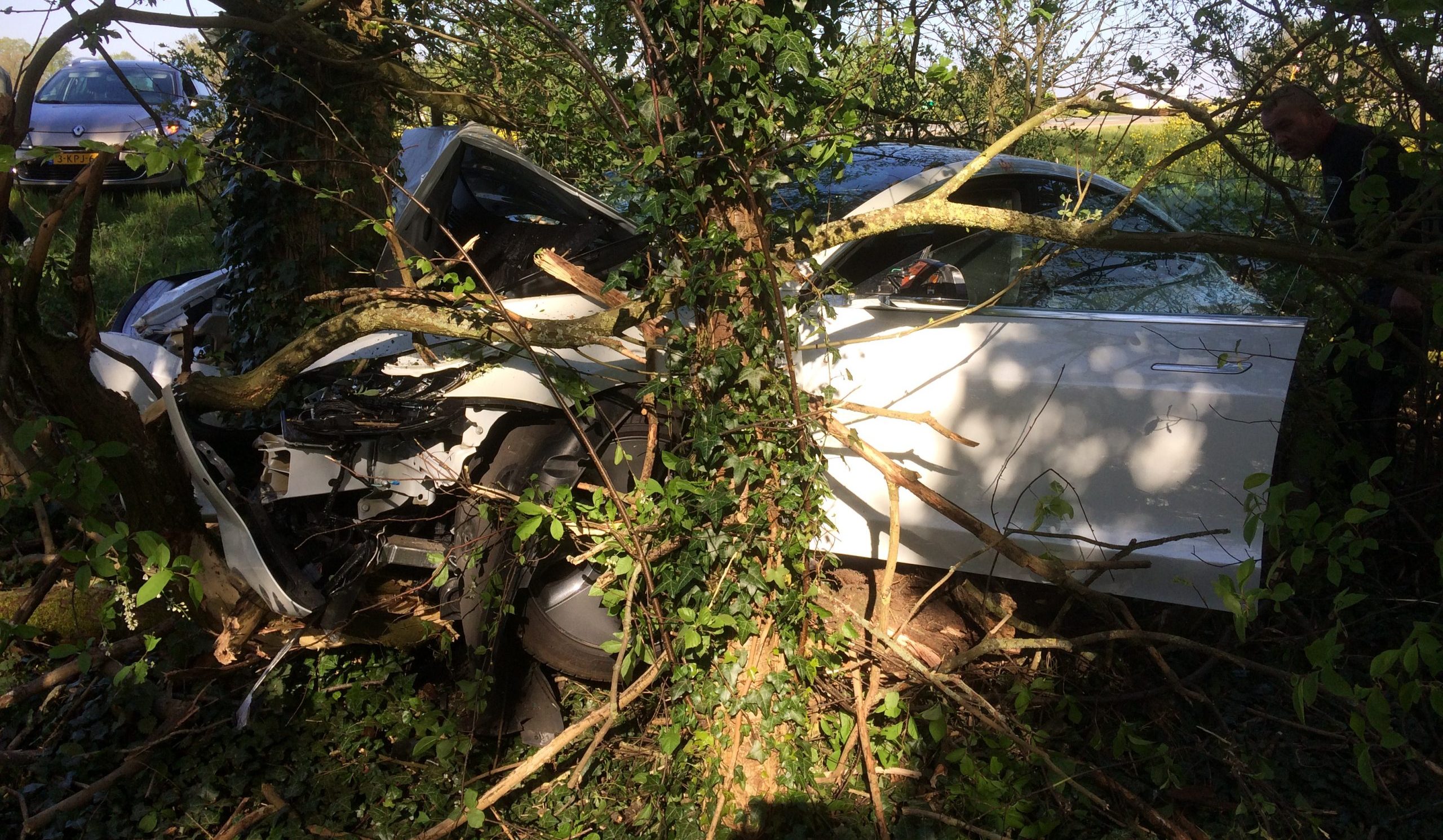 Tesla owner crashes head-on with tree, wishes Autopilot was on

Tesla’s Autopilot is one of the most advanced driver-assist systems in the market today; but beyond its convenience features, it is also designed to keep drivers safe. This was something that became evident for electric vehicle veteran and Model 3 owner Martin Grefte, who unfortunately ended up in a head-on collision with a tree last month.

Grefte noted that on the day of the accident, he was not the most attentive driver. He had just received word that his sister in law had been taken to the intensive care unit due to the coronavirus. Thus, his attention was focused mostly on his family member, not on the road. He ended up driving off the exit of the highway, straight into a wooded area, and crashing head-on into a tree at 72 km/h.

The impact was massive, and it completely obliterated the front of the Model 3. Images from the crash revealed that the Model 3’s front crumple zone ended up being wrapped around the tree. But thanks to the Model 3’s stellar 5-Star Safety Rating and the vehicle’s all-electric construction, Grefte was able to escape from the accident relatively unharmed. He had some minor scratches from a branch that went through the Model 3’s front window, but that was it.

While relating his experience on Twitter, Grefte stated that his vehicle might have avoided the accident if it had been operating on Autopilot. Considering his circumstances during the day of the accident, the Tesla owner noted that Autopilot would have proven a far safer driver than himself.

“You know, if you pull off a highway, autopilot turns automatically ‘off.’ And mostly on all exits, I put it ‘on’ again. But I did not do that this time. In this case (I’m) sure ‘Autopilot’ certainly would have been better than ‘Human pilot’ and would have avoided the crash,” he wrote.

The experience proves that Teslas are among the safest cars in the market today; so much so that the day following the accident, Grefte decided to order another Model 3 from the electric car maker. There are very few cars on the road, after all, which could protect passengers to such a degree as the all-electric sedan. Such is simply the mark of Tesla, and its vehicles’ construction and design.

Yet behind the Model 3’s safety rating, Grefte’s experience speaks a lot about the value of Autopilot as a safety feature. Tesla critics would scoff at the idea, but Autopilot has the capability to prevent a lot of crashes that result from distracted drivers. Fortunately, Tesla is now bundling basic Autopilot with each vehicle purchase save for the $35,000 Standard Range Model 3. With this, more and more of Tesla’s fleet will have access to features that not only make driving a lot more convenient, but safer as well.

Tesla owner crashes head-on with tree, wishes Autopilot was on