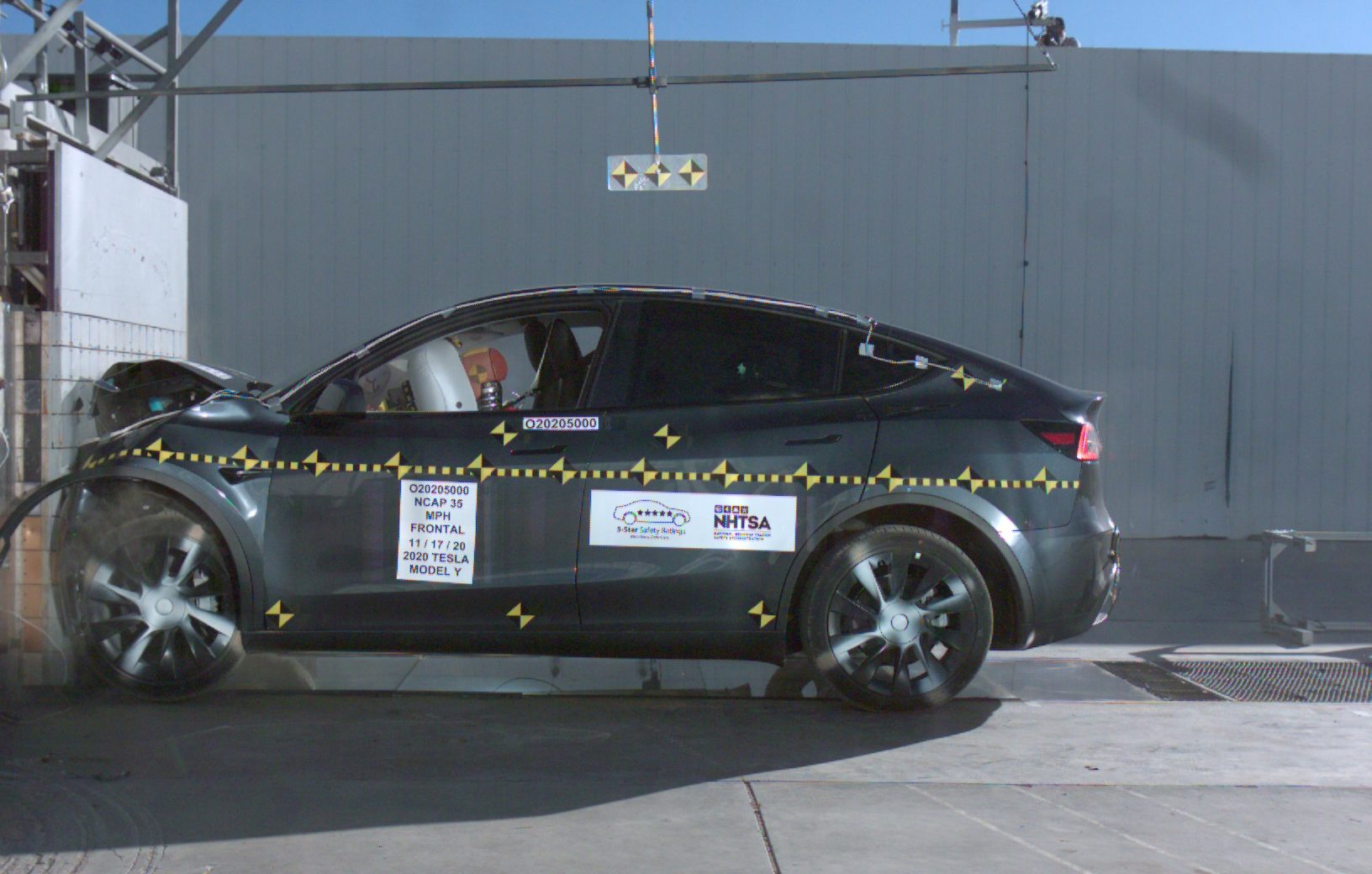 The National Highway Traffic Safety Administration (NHTSA) has updated its website’s pages for the 2021 Model 3 and Model Y amid the EV maker’s shift to a pure vision approach. As could be seen on the safety agency’s site, several safety features are no longer listed as “Standard” on the two vehicles, at least for cars produced after April 27, 2021.

A look at the NHTSA safety ratings for the Tesla Model 3 and Model Y now shows that the two electric cars do not have forward collision warning, lane departure warning, crash imminent braking, and dynamic brake support listed as “Standard.” As per reports from Reuters, the safety agency’s update was made following Tesla’s removal of radar for its two mass-market EVs.

Tesla has reportedly briefed the NHTSA about the change in its Model 3 and Model Y production.

According to the agency, it “only includes check marks for the model production range for vehicles tested.” With this in mind, it appears that the NHTSA has not yet conducted specific safety tests on Tesla’s pure vision Model 3 and Model Y. Teslarati has reached out to the NHTSA to gain more insight about when and if the safety features will be listed again as “Standard” in the future, but is yet to receive a response.

It should be noted that both the Tesla Model 3 and Model Y have received 5-Star Safety Ratings from the NHTSA’s crash tests, the highest that the agency could give. These ratings remain unaffected despite the removal of forward collision warning, lane departure warning, crash imminent braking, and dynamic brake support, as part of the EVs’ “Standard” features.

Tesla’s shift to pure vision for the Model 3 and Model Y is proving controversial considering that radar has played a notable part in keeping the company’s vehicles safe over the years, especially at times when visibility is low. Tesla CEO Elon Musk, however, has noted on Twitter that a radar-less, pure vision approach would pave the way for better Autopilot performance. Musk noted that this would be demonstrated by a pure vision version of the FSD Beta, which is expected to be released soon.