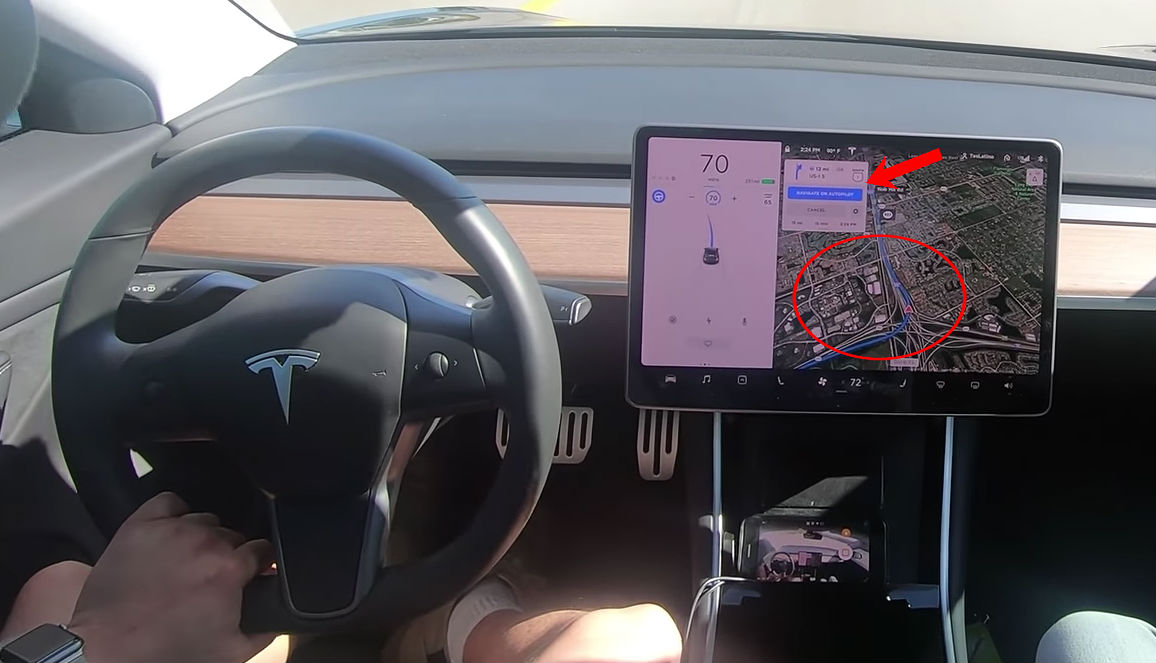 As of Friday night, Tesla began rolling out its latest driver-assistance feature to its fleet — Navigate on Autopilot. With the feature enabled, Tesla’s electric cars would be able to perform on-ramp and off-ramp maneuvers, make assisted intelligent lane changes, and navigate highway interchanges. These new capabilities were recently demonstrated in a video from a Model 3 owner, who decided to test out the feature after receiving the 2018.42.2 update.

While the iteration of Navigate on Autopilot being widely released today is a rather tempered down version of the system experienced by Tesla’s advanced early access users, the company noted that future updates would allow drivers to waive confirmation requirements (such as using the turn stalk to confirm lane changes) for the driver-assist feature to operate. As could be seen in the recent Navigate on Autopilot demo, even the feature’s first iteration is already remarkable in its own right.

Model 3 owner Rafael Santoni was fortunate enough to receive Navigate on Autopilot not long after Tesla started the wide rollout of the feature. To test out the system, Rafael took his Model 3 on a drive to the freeway, activating Navigate on Autopilot along the way. Keeping his hand on the steering wheel for caution, Rafael was pleasantly surprised to see that his electric car was able to perform a seamless off-ramp maneuver, merging perfectly into a lane after. Even suggested lane changes that required a click of the turn stalk were smooth, particularly when the electric car was overtaking another vehicle.

Ultimately, the Model 3 owner’s demonstration of Navigate on Autopilot’s wide release provides a glimpse at the underlying potential of Tesla’s driver-assist feature. At its current state, Navigate on Autopilot still requires a notable amount of interaction and control on the driver’s part. That said, improvements on the feature from future updates, as well as enhancements brought by Tesla’s upcoming custom silicon chip, could very well become part of the foundations of the company’s Full Self-Driving suite. Recent statements from Elon Musk on Twitter suggest that Tesla is now pushing for the release of the first features of its Full Self-Driving suite, with the CEO even stating that those who purchased FSD would receive the Hardware 3 upgrade, which is designed specifically for autonomous driving, for free.

It should be noted that apart from being a convenience feature, Navigate on Autopilot is part of the safety systems of Tesla’s electric cars. In Tesla’s Q3 Vehicle Safety Report, the company revealed that an average of one accident or crash-like event gets registered by the company every 3.34 million miles driven while Autopilot is engaged, while one accident or crash-like event gets logged every 1.92 million miles driven without Autopilot. With features like Navigate on Autopilot now beginning their rollout, Tesla’s later safety reports could exhibit even more impressive figures.

Watch Navigate on Autopilot’s wide release in action on the video below.