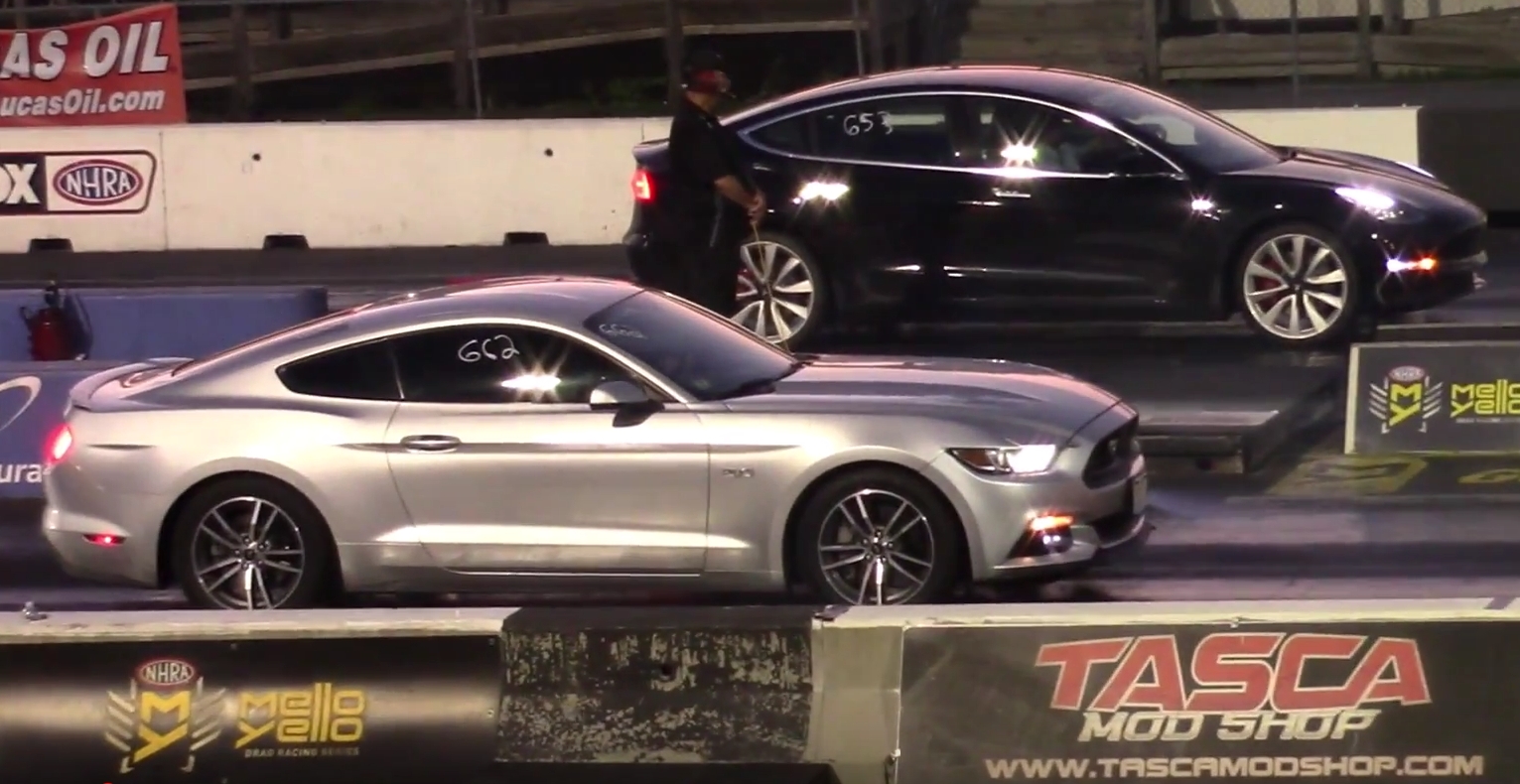 What’s quite ironic about the Model 3 Performance is that it is not the quickest among Tesla’s offerings in straight-line races. Granted, the electric car is incredibly quick with a 0-60 mph time of 3.5 seconds (Tesla has since updated its specs to 3.3 seconds) and a top speed of 155 mph from its dual electric motors that provide a combined 450 hp and 471 lb-ft of torque, but it’s still outgunned by its larger P-branded siblings — the Model S P100D and the Model X P100D — in straight-line acceleration.

Despite not being Tesla’s quickest straight-line car, the Model 3 Performance is nonetheless developing a reputation for being a formidable force on the quarter-mile. With its subtle design cues, the Model 3 Performance is the perfect sleeper vehicle, particularly since the car’s other variants, such as the Mid Range RWD and the Long Range RWD, are a lot tamer with their 0-60 mph times of 5.6 seconds and 5.1 seconds, respectively.

Once such vehicle recently made an appearance in a quarter-mile meet at the Street Nights at New England Dragway, NH. The Model 3 Performance did not seem to have its carbon fiber spoiler and rear badging installed, though its red brake calipers were visible. A video of the Model 3 Performance’s race was uploaded on the Drag Racing and Car Stuff YouTube channel, where it was featured engaging a Ford Mustang GT in a double drag race.

The racing-themed YouTube channel did not list the year model of the Mustang GT that competed against the Model 3 Performance, but design cues from the vehicle suggest that it was a 2016 Mustang GT S550, an all-American front-engined RWD mass of muscle equipped with a 5.0-liter DOHC 32-valve V8 engine that produces 435-hp and 400 lb-ft of torque. In true muscle car tradition, the 2016 Mustang GT came with a manual transmission, which gave drivers full control.

The Model 3 Performance and the Mustang GT battled each other twice, and in both rounds, the electric-powered machine from Silicon Valley dominated the fossil fuel-powered beast from Detroit. The electric car’s instant torque immediately gave it an advantage in the first race, allowing it to complete the run in 11.86 seconds while traveling at 113.16 mph, faster than the Mustang GT’s 13.03 seconds and 110.26 mph pass. The second bout ended with the same results, with the Model 3 Performance hitting the quarter-mile mark in 11.92 seconds at 113.86 mph. The Mustang GT completed the race in 13.18 seconds at 109.27 mph.

We will enable track mode for all performance cars

With Track Mode enabled, and with other, possible future updates (a Ludicrous Mode upgrade, perhaps?), the Model 3 Performance has all the makings of a monster on both drag strips and racecourses.

Watch the Model 3 Performance battle a Ford Mustang GT twice in the video below.