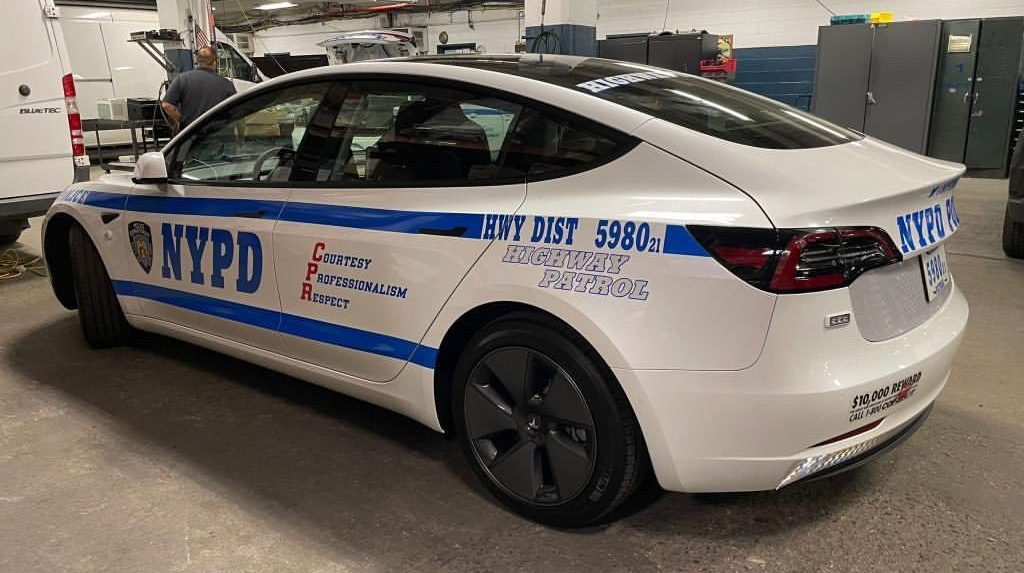 The New York Police Department (NYPD) is currently looking to acquire as many as 250 Model 3 sedans from Tesla. The proposed purchase, which is expected to cost about $12.4 million, would allow Tesla to extend its reach into the United States’ largest police force.

Information about the proposed purchase was initially shared by Bloomberg News, which was able to view the draft of the procurement on Wednesday. As per the publication, the agency would be paying $51,940 for each Model 3. While the deal is not yet finalized, the plan is expected to be discussed in a hearing Thursday morning.

Considering the estimated price per unit for the Model 3 sedans, it appears that the NYPD is looking to acquire a fleet of the all-electric vehicle’s midrange variant. As of Tesla’s last round of price adjustments, the Model 3 Long Range Dual Motor seems closest to the NYPD’s proposal, starting at $50,990. In comparison, the base Model 3 RWD starts at $44,990, while the top tier Model 3 Performance starts at $58,990.

A fleet of NYPD Model 3 police cruisers would likely help Tesla become more ubiquitous among mainstream consumers. The NYPD, after all, is the largest police department in the United States, with nearly 36,000 uniformed officers and a fleet of 9,000 vehicles. Granted, the estimated 250 Model 3s that the NYPD is looking to acquire is but a tiny fraction of the department’s overall vehicle fleet, but it is symbolic of a shift towards sustainability.

As mentioned by other police departments that have deployed electric vehicles, the advantages of EVs like Teslas far outweigh their disadvantages. While charging the vehicles requires some time, electric cars have far lower maintenance costs than their internal combustion-powered counterparts. The fact that electric vehicles such as the Model 3 are quick and silent by nature also makes them ideal for police use.

This was something highlighted by the police department in Fremont, California, which currently uses a Model S and a Model Y in their fleet. According to the Fremont PD, their Teslas have “met or exceeded expectations, often demonstrating superior performance when compared to gas-powered police vehicles.” And in the UK, Tesla Account Manager and Emergency Services Lead Max Toozs-Hobson recently noted that initial trials with a Model 3 police car had rendered extremely positive results.