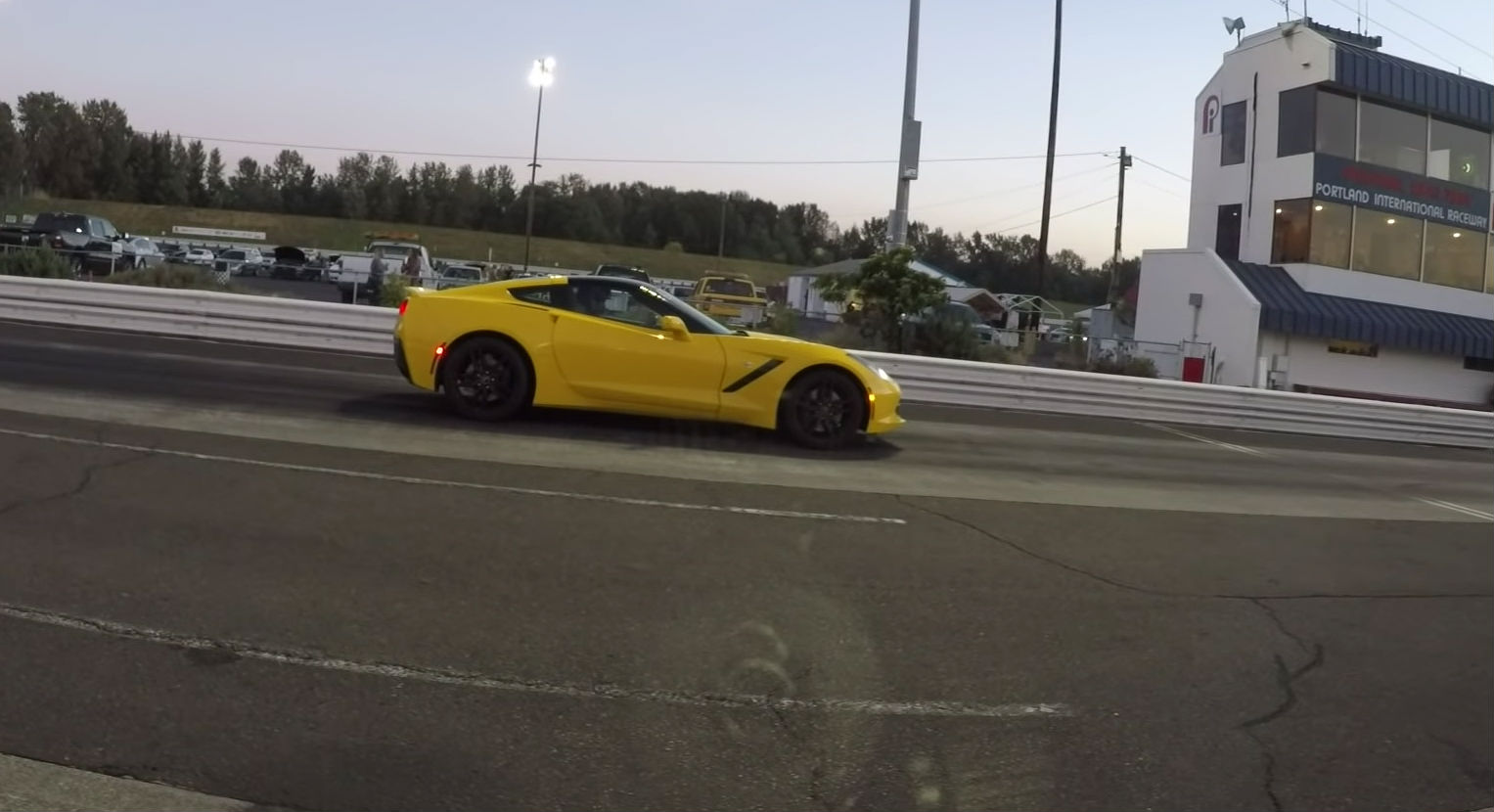 The Tesla Model 3 Performance might not have the Model S P100D’s Ludicrous Mode, but the instant torque from its two all-electric motors is still enough to give the midsized premium sedan the capability to launch like a rocket from a dead stop. This explosive acceleration was recently featured in an in-car video of a Model 3 Performance competing against a Chevrolet Corvette C7 in a standing quarter mile drag race.

This time around, the stock Model 3 Performance’s opponent was more challenging. The Chevrolet Corvette C7, after all, is a serious American sports car that pretty much borders on supercar territory. The Chevrolet C7 polarized the brand’s ardent fans when it was first unveiled due to its rear design elements, which were considered a departure from the brand’s past design language. But behind the criticism over the car’s controversial rear end, it was evident that the vehicle was one impressive high-performance car.

The C7 featured Chevrolet’s all-new LT1 6.2-liter Small Block V8 engine that produces 455 horsepower and 460 lb-ft of torque, which gives the front-engine, rear-wheel drive vehicle the ability to hit 60 mph from a stop in just 3.9 seconds. The American sports car also has a top speed of 175 mph, higher than the Model 3 Performance’s 155 mph top speed (with the $5,000 Performance Upgrade). Being a drivers’ car, the Chevrolet Corvette C7 is offered in either a 7-speed manual transmission or an 8-speed automatic transmission.

Even without the Performance Upgrade, the Tesla Model 3 Performance is capable of sprinting from 0-60 mph in just 3.5 seconds, thanks to its dual motors that produce a combined 450 hp and 471 lb-ft of torque. The Model 3 Performance is designed to compete against other high-performance sedans like the BMW M3, but in true Tesla fashion, the electric car is proving to be a legitimate competition to cars above its class. Just recently, the Model 3 Performance raced a McLaren 570S on the quarter mile, and it gave the British-made “baby” supercar a run for its money.

As its battle against the Corvette C7 reveals, the Model 3 Performance is quick enough to give the Chevrolet a good battle, and then some. The in-car video of the drag race between the two vehicles showcased the electric car’s explosive launch, which immediately allowed the Tesla to leave the C7 behind. The electric car just continued pulling from that point, finishing the quarter-mile run in 11.74 seconds at 114.12 mph. The Corvette C7 completed the race in 13.28 seconds at 113.19 mph.

Watch the in-car footage from the Model 3 Performance as it battled the Chevrolet Corvette C7 in the video below.