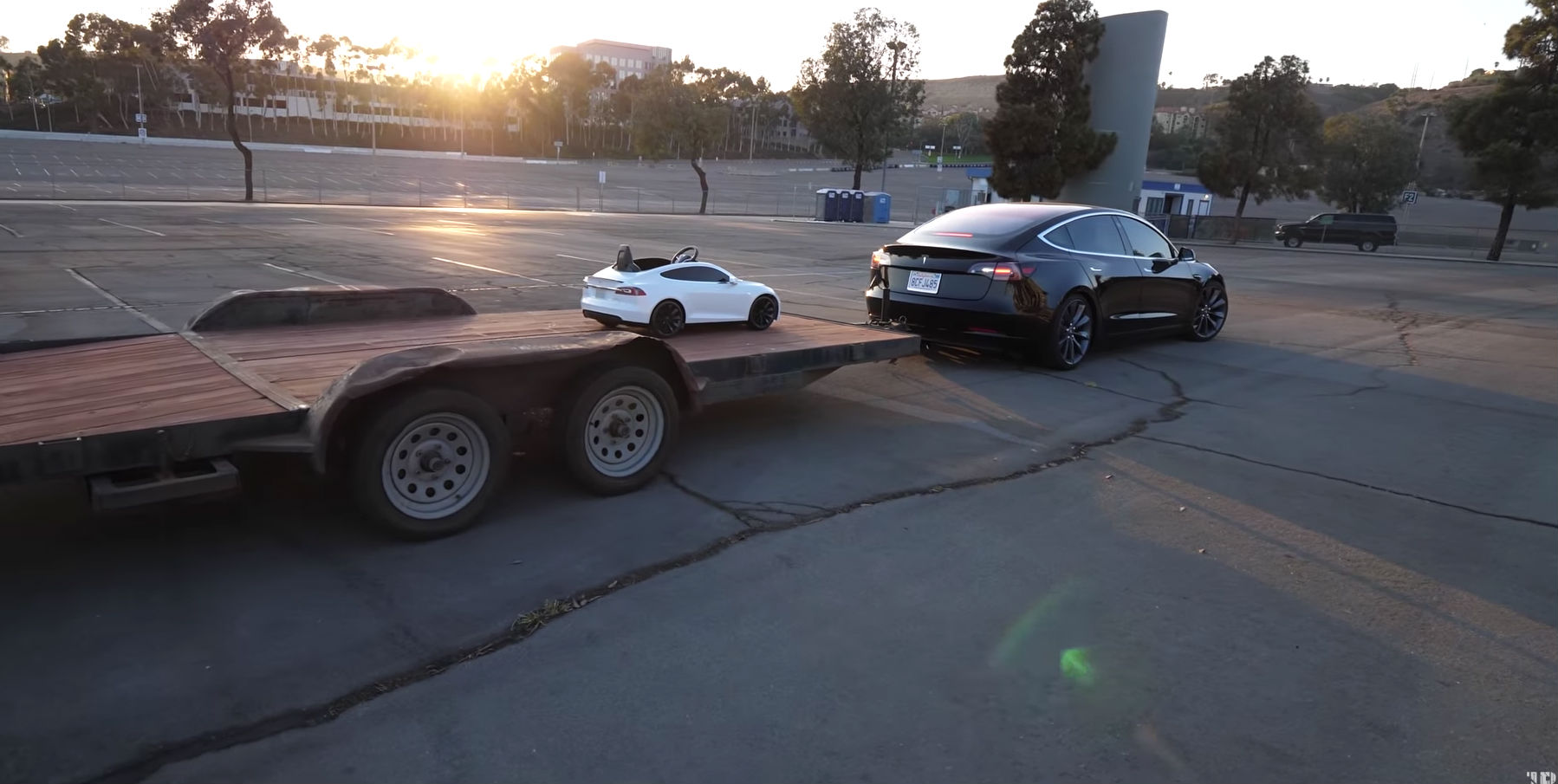 The Tesla community is home to a number of very creative DIY enthusiasts, many of whom have come up with clever projects to make their vehicles even more attractive and useful than they already are. One of these projects was showcased recently in YouTube, in a collaboration between Teslanomics host Ben Sullins and tech teardown expert JerryRigEverything.

The Model 3 has not been given an official tow rating yet, but the vehicle’s powerful electric motors invoke the idea that the electric sedans are fully capable of hauling some serious cargo. This was the focus of the recent DIY project involving the two YouTube hosts, as they installed a tow hitch on a Long Range RWD Model 3. With a tow hitch installed, the Model 3 would have the capability to tow trailers, carry bikes, and become an all-around more productive electric car.

The pair opted to install the Stealth EcoHitch on the Model 3, since the contraption is practically invisible when it’s not being used.  The hitch itself has a towing capacity of 2,000 lbs and a tongue weight of 200 pounds. Installing the hitch was a simple and straightforward process, starting with the removal of the tail lights and the car’s rear bumper. The plastic plate at the bottom of the Model 3 was also removed.

Once the rear bumper was taken off, it was just a matter of removing the Model 3’s crash bar and replacing a couple of metal plates with the tow hitch itself, followed by cutting a hole into the plastic plate at the bottom of the vehicle. With these steps done, the DIY installation of the Model 3 tow hitch was completed.

The two YouTube hosts tested out the vehicle’s towing capabilities by hooking up the electric sedan with a 1,700-lb trailer. A Radio Flyer Model S for Kids and the JerryRigEverything host himself were also on the trailer, which likely (or closely) maxed out the towing capacity of the Stealth EcoHitch installed on the Model 3. After driving around hauling the trailer and its cargo, the Teslanomics host noted that he did not feel any lag in the vehicle’s performance at all.

Tesla’s vehicles are incredibly powerful. Thanks to the instant torque provided by their electric motors, Tesla’s electric cars are capable of pulling some serious weight. Just like the acceleration figures of its vehicles, Tesla is quite conservative with the listed towing capacity of its cars. The Model X, for one, is listed with a towing capacity of 5,000 lbs when equipped with 20″ wheels.

As later feats would indicate, the Model X is actually capable of hauling far more than 5,000 lbs of cargo. Earlier this year, Tesla YouTube host Bjorn Nyland’s Model X successfully pulled a 95,000-lb semitrailer across an icy road. Not long after that, the Boring Company, Elon Musk’s tunneling startup, posted a video of a Tesla Model X pulling 250,000 lbs of dirt (that’s 50 times the rated towing capacity for the SUV) from a tunnel.

The tow hitch installation is just one of several cool DIY projects that have been shared online for the Model 3. Just recently, a Model 3 owner figured out a way to give the electric sedan an automatic frunk through the use of aftermarket gas spring struts. A simple wood staining DIY project earlier this year also gave the Model 3’s ubiquitous wooden dash a unique splash of elegance.

Watch the Tesla Model 3’s DIY tow hitch installation in the video below.