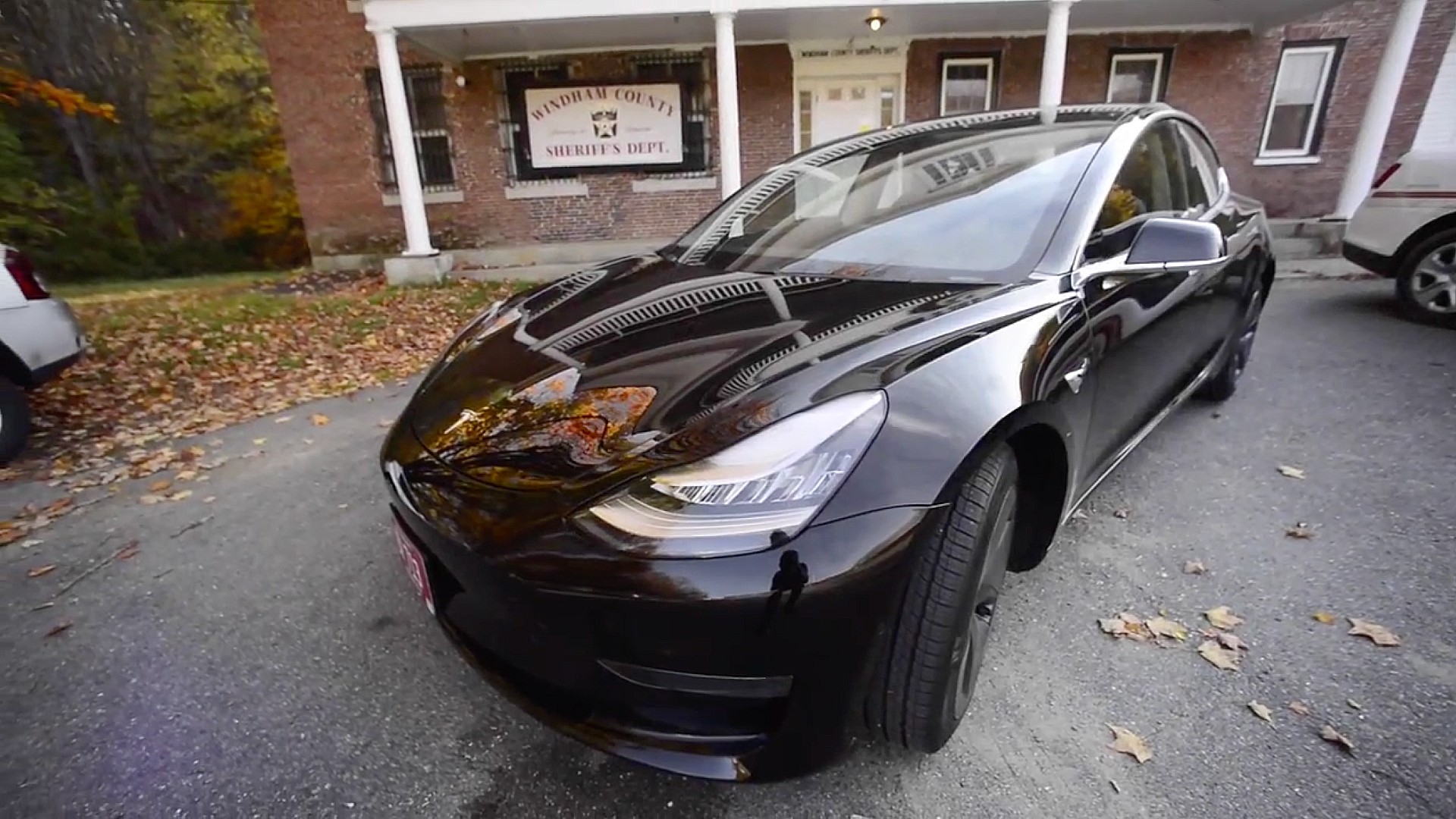 Tesla Model 3 joins another police force, but it wasn’t their first choice

The Tesla Model 3 has joined yet another police force in an attempt to take down the bad guys. However, the Windham County Sherriff’s Department in Newfane, Vermont, didn’t initially plan on an all-electric sedan being the newest member of the law enforcement agency. Sherriff Mark Anderson says the department was planning on purchasing another gas-powered vehicle for the force.

“As a result of the pandemic, our normal vendors — Ford, Chevrolet, and Dodge — have delayed production until the first quarter of 2020,” Anderson said. “Right now, [the Model 3] is a pilot project.”

Several police departments across the United States have opted for all-electric cars instead of the petrol-based cruisers that have roamed neighborhoods for decades.

The Sherriff’s Department in Windham didn’t seem like it would pull the trigger on an EV. The reasoning: the initial expenditure for a Tesla is more expensive than a gas-powered vehicle.

In the Department’s capital replacement budget, Anderson had $35,000 set aside for a new police cruiser. This would have left the “off-menu” Standard Range Model 3 as the only vehicle that would have fit the budget.

However, Anderson said that initial cost was taken out of the equation, and the Department instead looked at the cost of the vehicle over its lifespan.

“During our analysis, when considering an electric vehicle, we looked at not only the cost of the purchase, but the cost of the use of the vehicle over its lifetime,” he said to the Brattleboro Reformer.

The likely replacement car would have been a newer version of the 2013 Ford Interceptor SUV being decommissioned by the Department. However, after some analysis, the answer became apparent, and the lack of maintenance on the Tesla won over the Department due to a less expensive long-term cost.

The number-crunching process showed that the Model 3 would save up to 80 percent of the costs of operating a normal gas car. These annual maintenance costs can run between $5,000 and $8,000 a year.

“With this, there is no oil change, and there’s no fuel,” Anderson commented.

As for the community, plenty of citizens in Windham County support the adoption, and the Department might grow because of it.

“I’ve had several people say they would be interested in working here simply because of that,” he said. “That’s not what I was looking for, but I’m not turning down applicants.”

Tesla Model 3 joins another police force, but it wasn’t their first choice