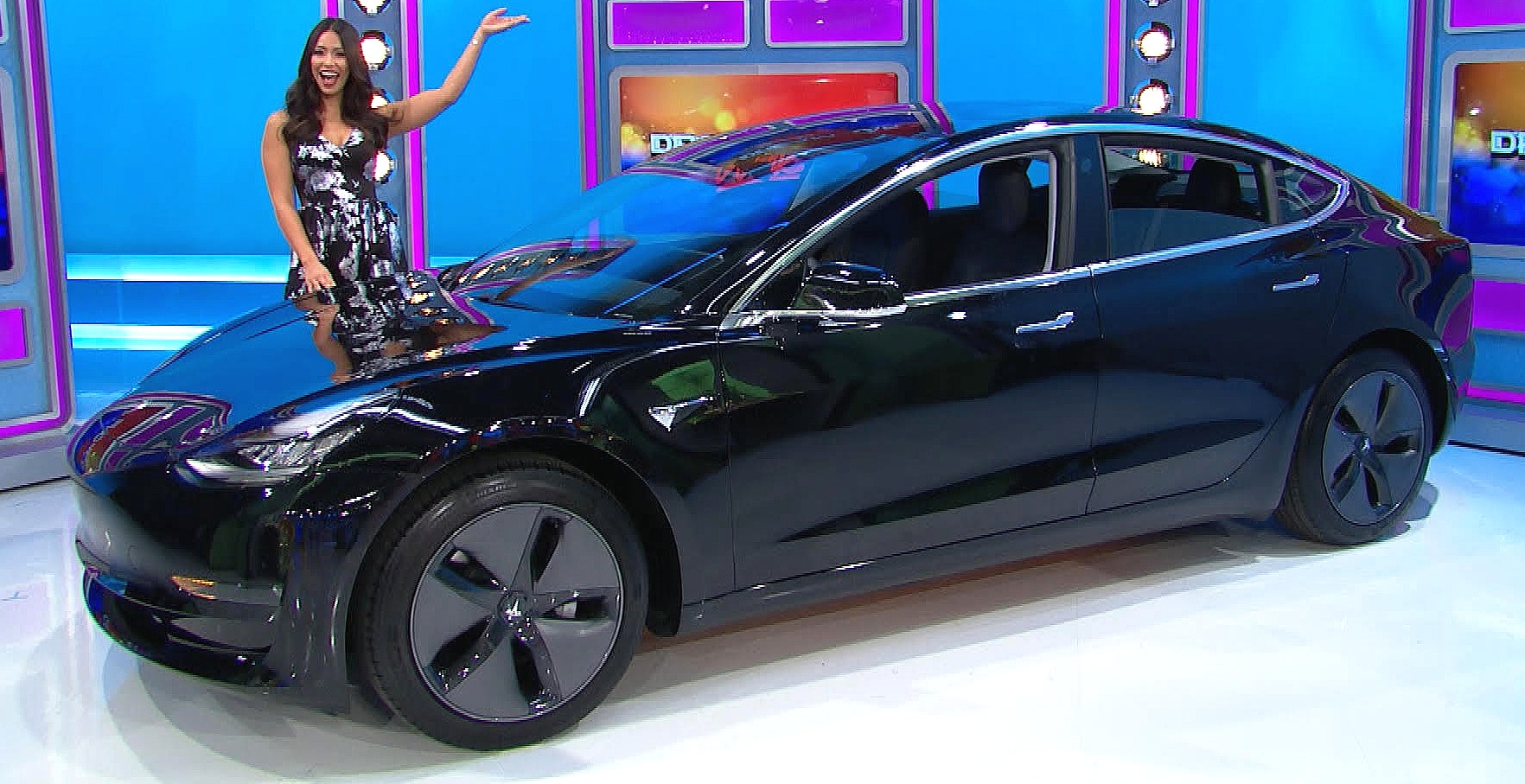 CBS’ iconic long-running television game show, The Price is Right, is holding its Dream Car Week giveaway this week. For every day of the week, contestants will be playing to win some of the most sought-after vehicles on the road today. One of these vehicles is an Obsidian Black Metallic Tesla Model 3, in Long Range Dual Motor AWD configuration.

The Tesla Model 3 will be featured on the game show this coming Wednesday, May 29. According to Executive Producer Mike Richards, the game show decided to feature the Tesla Model 3 as one of the vehicles in its Dream Car Week simply because the electric sedan is among the most desirable cars on the road today.

“Dream car week is all about giving away the coolest cars on the road.  We look for cars that we (the staff) wish we had and that our audience would love. The Model 3 fits that bill!” Richards said.

This is not the first time that a Tesla was featured in The Price is Right’s Dream Car Week giveaway. Back in October 2014, the game show included a 2014 Tesla Model S as one its vehicle prizes. The car, which was listed with a price of $79,320, was won by a studio contestant. A Tesla Model S 70 was also featured in 2016, but the contestant playing for the electric sedan failed to win the vehicle.

Teslas have also been featured as key prizes in The Price is Right’s Golden Road events, which involve contestants playing for increasingly valuable rewards. The original Tesla Roadster made history in the show in 2010 by being the most expensive Golden Road prize by the time of its airing. A Tesla Model S was also the final prize of the Golden Road last May 2018.

The appearance of Teslas in classic game shows such as The Price is Right all but highlight the increasing influence of Tesla among mainstream consumers. The narrative towards Tesla has devolved into the negative over the past months, and the noise from critics are surrounding the company in levels unseen before. Despite this, Tesla continues to propel itself forward, pushing into mainstream consumers with the Model 3.

Behind all the doubts that are being thrown into the company today, it is undeniable that the company’s vehicles remain incredibly desirable. As perfectly summed up by The Price is Right Executive Producer Mike Richards, the Tesla Model 3 is simply a car that the game show’s staff, and audience, desire. And that effectively qualifies the Tesla Model 3 worthy of the “dream car” title.

Here are some of the Teslas that were featured in The Price is Right in the past.