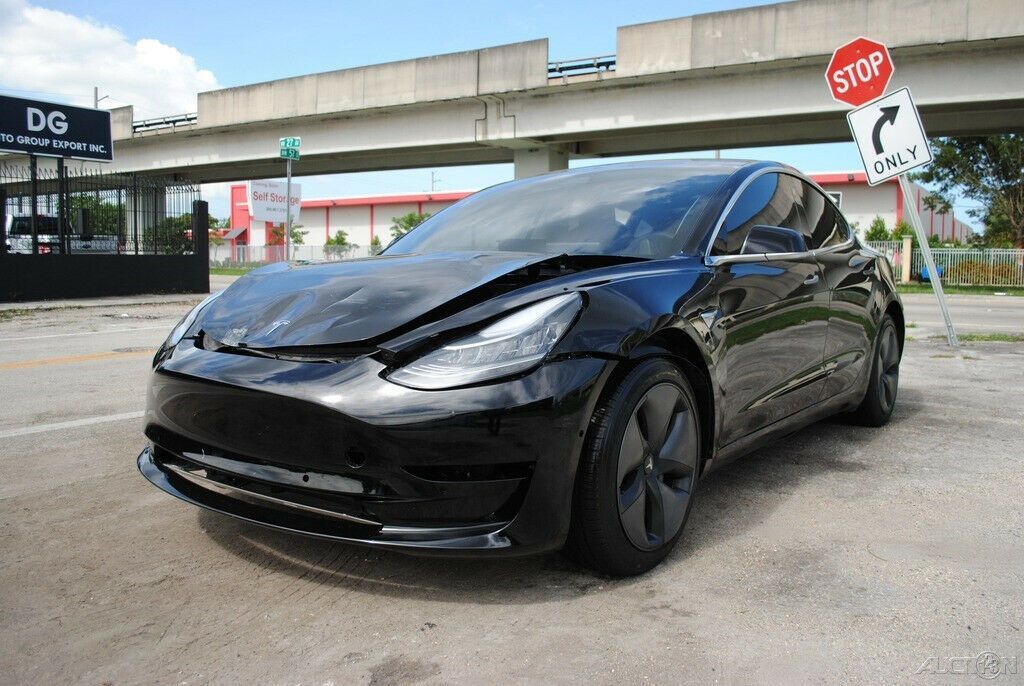 A damaged Tesla Model 3. Picture only for reference -- not the car referred to in this story. (Credit: insalvageseller/Twitter)

A Tesla enthusiast who purchased a second-hand Model 3 from a Florida car dealership website has paid a steep price after his vehicle turned out to be a previously totaled unit. This was despite the Model 3 being sold on the second-hand market as a clean title vehicle, and the fact that its Carfax report did not raise any red flags.

Luke Jackson, the Tesla enthusiast, told Channel 2 Action News that the Model 3 had been his dream car, and that he had saved up for the vehicle so that he could buy it in cash. When he saw the car being offered online, it looked like he had found the perfect second-hand Model 3. “The title looked clean. There’s only 9000 miles on it. It was a 2018. So perfect scenario,” Jackson told the news agency.

It took months before Jackson was made aware of his car’s true history. As it turned out, the Model 3 had been declared a total loss last year after suffering extensive front-end damage. It was later sold on an auto auction website where it was listed with an estimated repair cost of $34,000. Yet despite this, the Model 3 still had its original title, and it was not branded as salvaged when Jackson purchased it.

Channel 2 Action News noted that Jackson’s second-hand Model 3 is related to an investigation that it published back in September. During that time, the news site featured the story of a second-hand 2015 Toyota 4-Runner that has changed hands at least seven times over the last five years in five separate states. The whole time, the SUV had missing side airbags, a critical safety issue that none of its buyers knew about.

Jackson’s Model 3 and the safety-compromised 4-Runner had something in common. Both vehicles got their clean titles in Texas, and everything about it was legal. This is because Texas law has a 100% “total loss threshold,” which meant that unless a vehicle’s repair cost is more than what the car is worth, the title would remain original. This particular law effectively conceals the history of cars to a point, especially those that were involved in serious accidents.

Chris Humphries, one of the 4-Runner’s previous owners, has taken it upon himself to do some more digging on why such unsafe vehicles are being sold. Eventually, he noticed a pattern, which he shared with the news agency. A good number of the damaged vehicles for sale in Texas were listed under the same seller name: Progressive Insurance. The name of the seller was eventually hidden on the auto auction website, but not before Humphries was able to take screenshots of the listings.

The damaged Toyota 4-Runner emerged once more in November, this time in Nashville. Humphries noted that the SUV’s new owner actually has children who are riding in the backseat despite the vehicle not having any side airbags. The Model 3 owner, for his part, ended up losing his warranties when Tesla found out about his car’s history. As of date, the second-hand Model 3’s Supercharger access had been disabled as well.

“If I were to resell it, the value would be cut in half probably. Because it’s not under car warranty. They’re going to know now that it was salvaged. So I kind of just lost $20,000,” the Tesla enthusiast said.

Channel 2‘s report on the story could be found here.