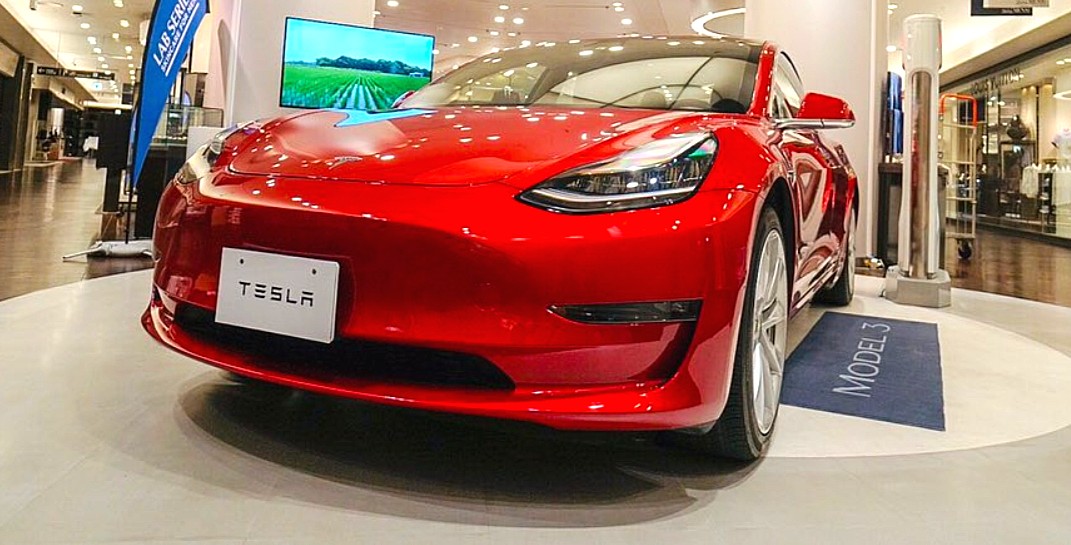 Tesla is yet to start a widespread rollout of the Model 3 in Japan, but the vehicle is already getting praise from the country’s electric car community. Test drives of the vehicle have begun in the country in the lead-up to the Model 3’s first deliveries, and so far, the reception has been immensely positive.

Social media posts from the Japanese EV community highlighted several impressive aspects of the Model 3, from its novel automated features to its trademark Tesla performance. One reviewer who posted about the experience on social media, for one, even noted that “nothing beats the acceleration of electricity.” Tesla’s Japan team, who have been handling the vehicle’s test drives, were also praised for their accommodating nature.

The Tesla Model 3 has the potential to be an incredibly disruptive electric car for the Japanese market. The country, particularly its major cities such as Tokyo and Osaka, are notorious when it comes to the lack of parking spaces. Japan addressed these issues in a number of novel ways, including the widespread adoption of automated parking machines, which stack vehicles in multi-story structures using a system of conveyors and elevators.

This proved to be a challenge for Tesla’s first two vehicles, the Model S sedan and the Model X SUV. Being fairly large for their class, the Model S and Model X simply did not fit into Japan’s automated parking machines. This is not the case with the Model 3. In a preview video from Tesla Japan last June, the electric car maker revealed that the Model 3 is designed to perfectly fit in the country’s automated multistory parking systems.

This makes the Model 3 a potential best-seller even for Japan’s city dwellers. Coupled with the vehicle’s lower starting price compared to its larger stablemates, the Model 3 could very well tap into Japan’s emerging EV market. Overall, it would be quite impressive if Tesla breaches the mainstream Japanese market, considering that the country is the home of veteran EVs such as the Nissan Leaf, an affordable electric car that has carved its own place in motoring history.

Apart from Japan, the Tesla Model 3 has also started making serious waves in nearby Asian countries such as South Korea. With national and provincial governments granting generous incentives to South Korean EV buyers, the Model 3 could start as low as around $26,500 for the Standard Range Plus variant. Social media posts from South Korea reveal that the vehicle is garnering positive attention from the country’s EV community, with interested buyers flocking to Tesla stores to check out the vehicle.