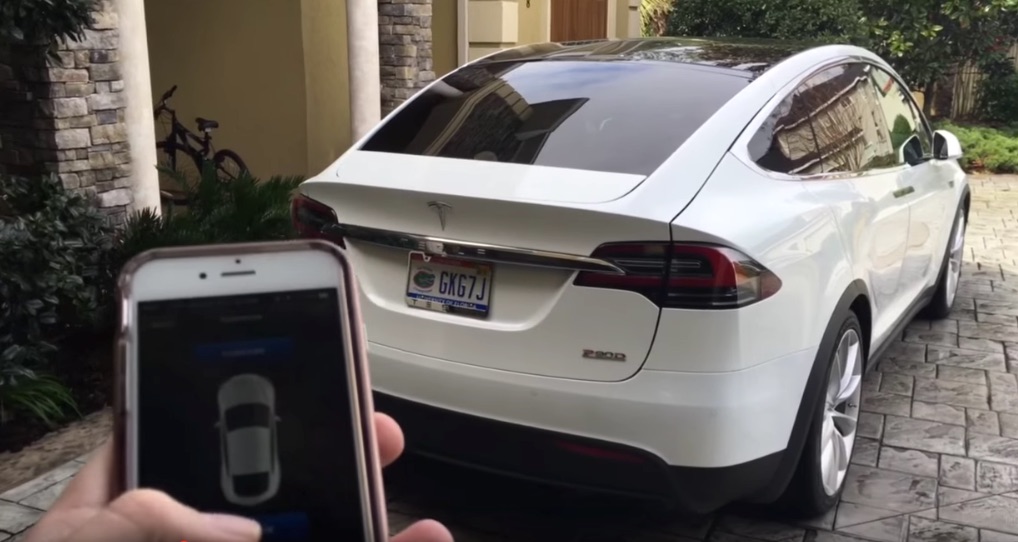 Tesla CEO Elon Musk recently stated that more advanced Summon capabilities will be rolled out for Model S and Model X with second generation Autopilot hardware, as well as all Model 3 cars.

Musk’s updates came as a response to a question from Tesla enthusiast and Ride the Lightning podcast host Ryan McCaffrey, who inquired about updates on the Model 3’s Summon feature.

No plans for aluminum pedals. Adds too much production complexity. Model 3 will def have summon, which will get way more advanced for S & X w HW2 Autopilot & all Model 3 cars.

Summon is engaged through the Tesla mobile app or through the Model S and X’s key fob, which activates the vehicle and moves it a maximum of 39 feet in a straight line. The feature utilizes the electric cars’ cameras and forward-facing radar, as well as 12 ultrasonic sensors, which allow the detection of both hard and soft objects near the vehicle. Model 3 does not have Summon enabled as of yet.

An improvement in Summon has been highly-anticipated by Model S and Model X owners for quite some time, considering the limitations of the feature’s current iteration. A more advanced Summon feature has long been planned by Tesla, however. Back in 2016, Elon Musk noted on Twitter that the feature should, in the future, work even if the car is Summoned from across the country.

When you want your car to return, tap Summon on your phone. It will eventually find you even if you are on the other side of the country

In Tesla’s page for its upcoming Full Self-Driving suite, the company makes references to Smart Summon, the capability of HW2 vehicles to navigate more complex environments and parking spaces. Once enabled, electric cars with Smart Summon will be able to maneuver around objects to get to a target location.

Apart from mentioning the upcoming advanced Summon update, Elon Musk also stated that the Model 3 Performance would not feature aluminum pedals like the Model S and Model X. According to Musk, adding aluminum pedals to the Model 3 Performance line would add “too much production complexity.” This is in line with Tesla’s strategy with the Model 3 so far, which entails keeping the production line as simple as possible, as evidenced by the company only producing the electric car’s long-range RWD variant until today.

Tesla just recently opened orders for the next two configurations of the vehicle — the dual-motor AWD and Performance Model 3 Considering that the company is aiming to begin manufacturing the Model 3 Performance by July, adding complexities such as aluminum pedals to the line would likely prevent the vehicle’s rollout to be fully optimized.

During the recently-held 2018 Annual Shareholder Meeting, Elon Musk also provided an update as to when Tesla would begin producing the $35,000, standard-range RWD version of the Model 3. According to Musk, the smaller battery packs for the base trim Model 3 would start production late in 2018, with the full manufacturing of the vehicle expected to hit its stride sometime in Q1 2019.