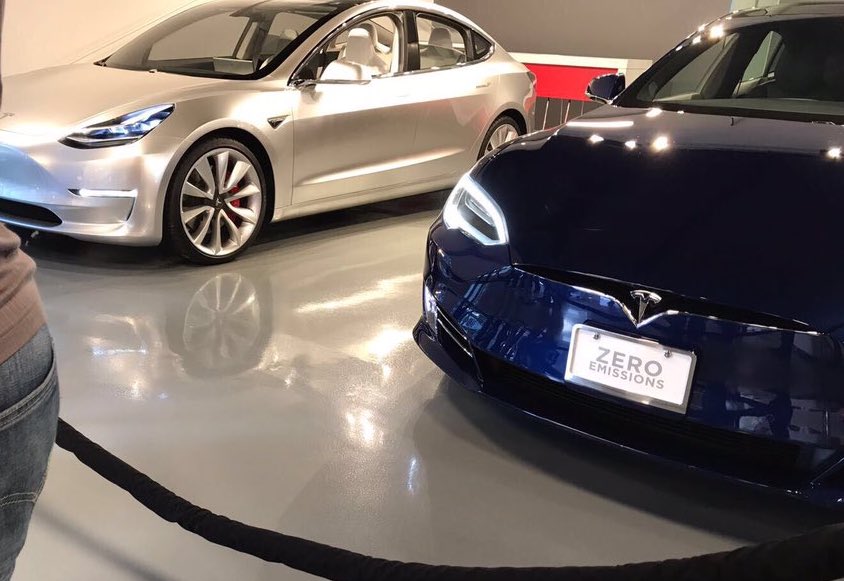 Following our reveal on what actually went down at Tesla’s VIP Factory Tour, Teslarati received photos of a gorgeous silver Model 3 positioned alongside a Model S from an anonymous tipster. It’s a rare look at what much of the world will eventually bare witness to once Tesla begins first deliveries of Model 3 next month.

Attendees of the invite-only Fremont factory tour that consisted mainly of top referrers from Tesla’s Referral Program were promised the opportunity to attend an “Exclusive Model 3 viewing” as part of the itinerary for the VIP Factory Tour. Event attendees tell Teslarati that the VIP event was similar in nature to the regular factory tour, but with the exception of having a rare Q&A session with Tesla Design Executive Franz von Holzhausen.

Ahead of the special questions and answers forum with Franz, attendees were whisked past a stanchioned-off area within the factory that had a Model 3 on display. The Model 3 was the same silver Alpha car seen at last year’s March 31st unveiling event. In case you missed it, our very own Electric Jen described what it was like behind the scenes at the Model 3 event. 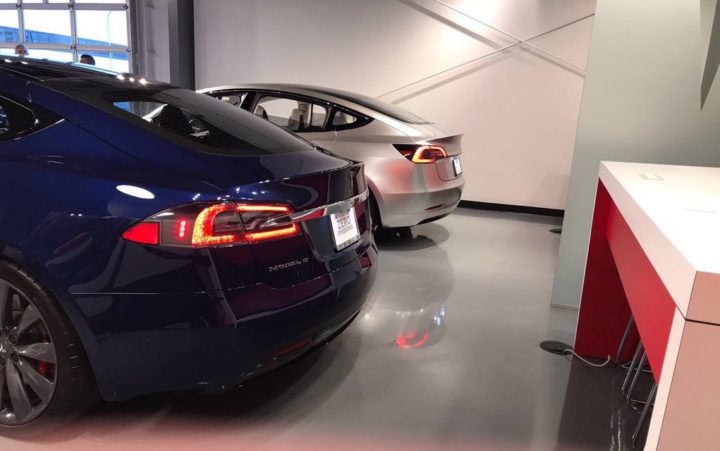 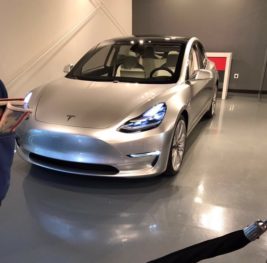 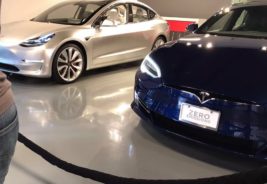 Though some VIP Factory Tour attendees tell Teslarati that they were disappointed that they were not able to see the Model 3 Release Candidate, or at the very least get up close and personal with the Alpha car at the factory, many were treated to a rare opportunity to see several production-ready Model 3s testing at the Fremont factory test track. Others recall that Tesla Model 3 was “everywhere” across Fremont and the surrounding area.

Tesla will officially launch the Model 3 in July. The Elon Musk-led electric car company published details of Model 3 including its cargo capacity, wheel specifications and suspension details in a Model 3 vs. Model S comparison sheet. Buyers of the highly anticipated electric sedan will be given the opportunity to configure their vehicles by “packages” when the company officially launches the Model 3 Design Studio, expected to take place next month.