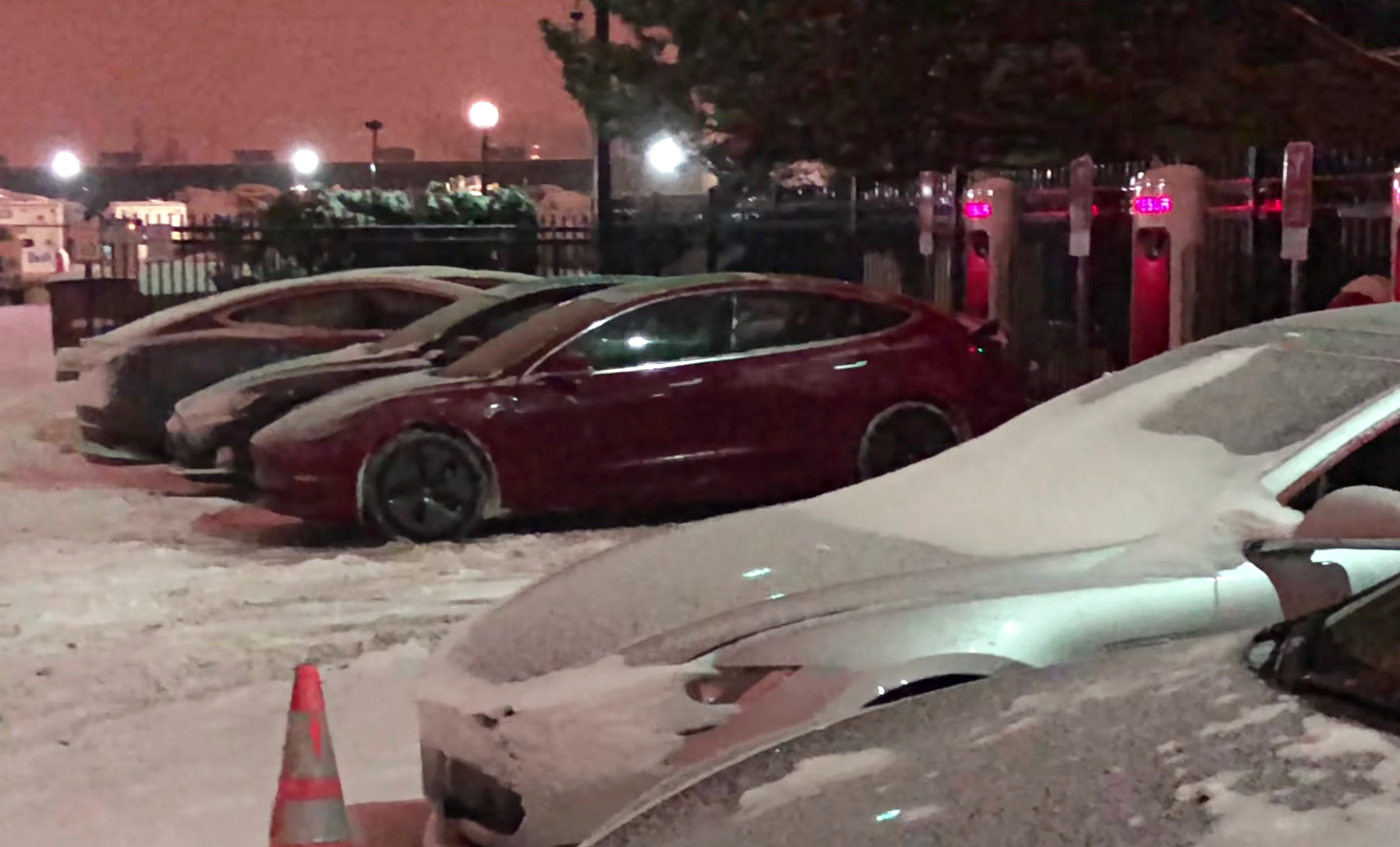 Last month, a Model 3 with California manufacturer plates was spotted in Vancouver, British Columbia, suggesting that Tesla might be pursuing validation testing in the country ahead of its late 2018 planned production. Just a couple of days ago, yet another Model 3 sighting with the CA “mfg” license plate was reported in the country, this time at Tesla’s Lawrence Showroom in Toronto, Canada.

Considering that the compact electric sedan was Supercharging at a station that’s nearly 2,700 miles (4,345 km) away from the carmaker’s Fremont, Calif. factory, one can speculate that the  Model 3 made a cross-country journey into the region and conducting winter testing in Canada’s snow and ice-filled roads.

The sighting was shared by Kushari, a YouTuber who happened to be charging his Model S 70D at the Lawrence Store. The YouTuber was close enough to make out the vehicle’s plates, which all but confirmed that the Model 3 was Tesla’s company car. Kushari further stated that during the time he filmed the car, the center touchscreen of the Model 3 was turned off, which led the YouTuber to speculate that the unit was possibly testing a new version of the Model 3’s software. Kushari also stated that a Tesla employee was driving the vehicle.

Overall, the sighting of the Model 3 in Toronto, Canada, seems to be yet another sign that the electric carmaker might be looking to release its latest and most affordable vehicle to Canada sooner than expected. If any, the increasing sightings of Model 3 units in the country are significant, especially since initial expectations suggested that Tesla would only begin manufacturing Model 3 units for Canada starting from the second half of 2018. The initial Canadian release timeline was also in line with the expected production date for the first all-wheel-drive variants of the mass market electric sedan.

Interestingly, the Model 3 in the recent Toronto sighting seemed to have no problem with the thick snow on the roads. The current variants of the Model 3 are only rear-wheel-drive, a drivetrain configuration that conventionally does not do very well in snowy conditions. As could be seen in the YouTuber’s video, however, the rear-wheel-drive Model 3 trudged along in the snow without any issues.

If Tesla’s online store is any indication, however, it seems like the electric carmaker is preparing its latest vehicle for sale in areas with especially harsh winters. Just recently, Tesla started offering custom Pewag Servo RS 77 snow chains for the Model 3.

The Model 3 is Tesla’s latest and possibly most disruptive vehicle to date, reportedly securing 400,000 pre-orders since its launch. Despite experiencing some production bottlenecks last quarter, the automaker is nonetheless expected to deliver its promise of manufacturing 5,000 units per week by the first quarter of 2018.