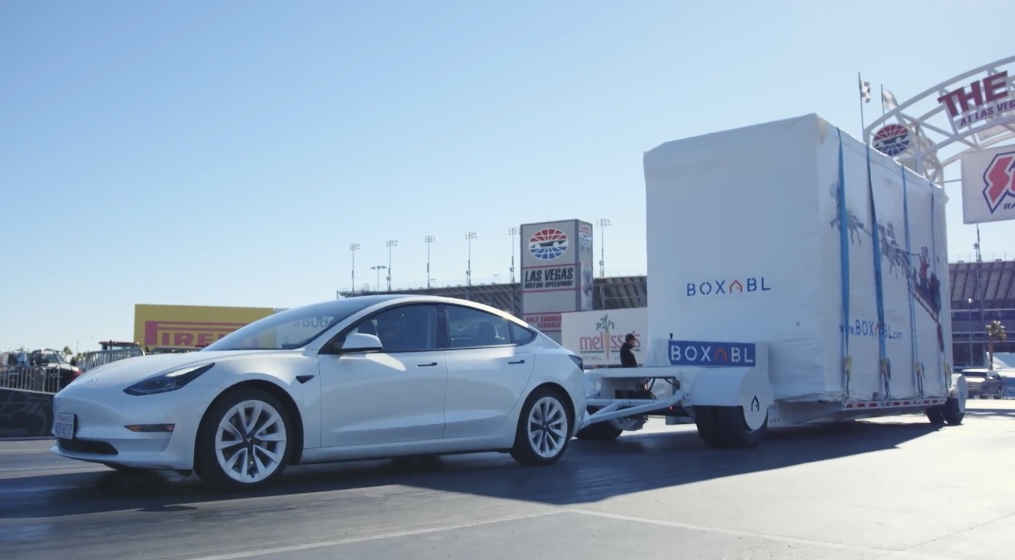 A Tesla Model 3 was seen towing a Boxabl house in Las Vegas. The founder and CEO of Boxabl, Galiano Tiramani, shared a video of the Model 3 pulling a 15,000-pound Boxabl Casita on Twitter. When Teslarati reached out to Galiano, he told us that Boxabl demonstrated towing the Model 3 on the Las Vegas Speedway, which you can see in the video below

Galiano told Teslarati that the team performed trailer testing that “shows just how transportable our room modules are. What better vehicle to use than a Tesla?”

“As expected, the model three was amazing and easily able to tow the 15,000-pound Casita,” he added.”

“Have you ever seen a whole house towed by a car before, let alone an electric Tesla? Our trailer system makes this all possible, and it’s super important in enabling us to transform the production of housing and make it compatible with the factory mass production assembly line.”

“Even though the Tesla Model 3 does not have a tow hitch, we decided to pick one up and modify it. We knew that although it’s not rated to tow a Casita legally, it would be strong enough.  A big shout out to enterprise Rent-A-Car for loaning us the vehicles.”

Boxable sells room module systems that shorten build time in real estate development projects.  Galiano explained that his goal with the company was to one day produce one house per minute, just like the Tesla Fremont factory produced almost one per minute.

“Suppose you can’t ship something in a cost-effective manner. In that case, you can’t mass-produce it in a factory, you have to build it on-site, and that’s the current situation of housing in the world a solution that makes shipping houses cost-effective means we can scale manufacturing, and hopefully, scale manufacturing to the level you see with automobile makers. The goal of Boxabl is for our factories to one day produce one house per minute, just like a Tesla is produced one per minute,” Galiano said.

The gallery below includes more photos from Boxabl’s demonstration on Las Vegas Boulevard. 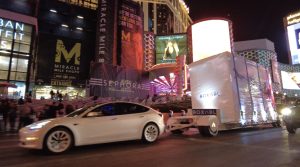 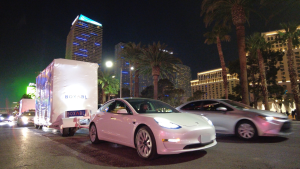 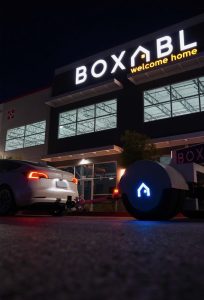 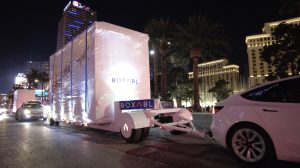