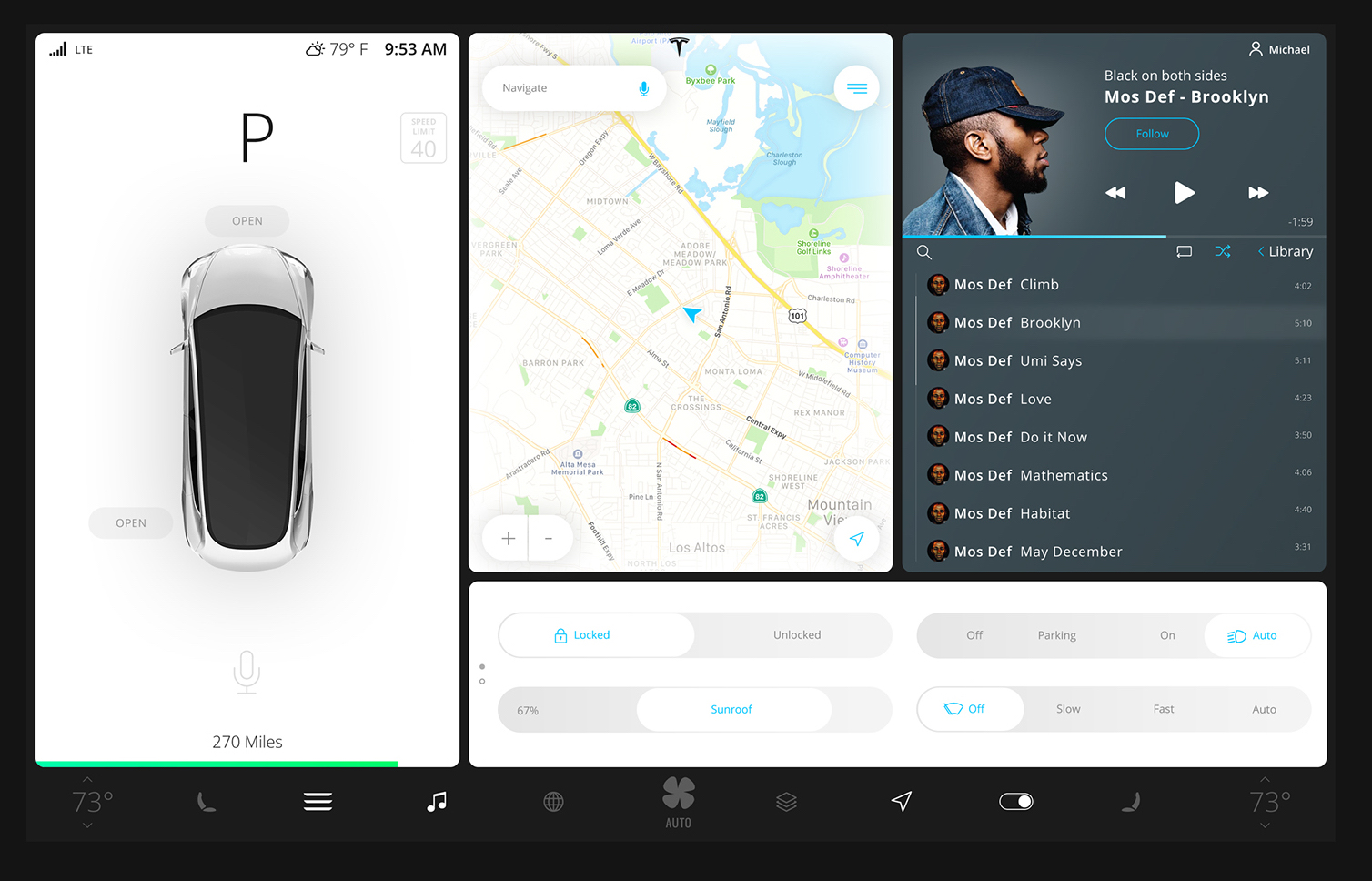 Tesla’s minimalistic Model 3 was designed to be a self-driving car that one day will require little to no human interaction, beyond adjustment of creature comforts. Having a center-mounted 15-inch touchscreen that serves as the main control center for the vehicle, Model 3 drivers would be hard-pressed to find traditional push button controls inside the cabin. Even the simple act of opening a glovebox compartment, or adjusting the vehicle’s unique air vent system, can be initiated digitally through multiple taps of the vehicle’s touchscreen.

While the simplicity of having a single interface to manage the majority of vehicle functions may seem convenient, some Model 3 owners have pointed out the difficulty in reaching certain areas of the wide screen. This can be problematic, especially if a feature needs to be accessed while driving, but out of the driver’s immediate reach. It’s arguably cause for sleep deprivation to any user interface and user experience designer.

Such was the case for Creative Director Michael Cherkashin at Hug Agency in Los Angeles. So he decided to redesign it.

Cherkashin’s solution to accessing hard to reach Model 3 functions was to create adjustable grids where users can move modules, or widgets, on the dashboard to locations that best fit their needs. For example, Model 3 features that are normally right-aligned can be moved to the left portion of the screen where it can be more easily accessed while driving.

In addition to having a drag-and-drop feature, Cherkashin reimagined Model 3’s UI with two-finger and three-finger gesture controls. Similar to an iOS or Android device, Model 3 drivers could potentially adjust volume up and down by touching two fingers anywhere on the touchscreen and rotating clockwise or counter-clockwise. Similarly, three-finger swipes can initiate the vehicle’s fan controls.

Check out Hug Agency’s video that shows their prototype of a Model 3 UI.

Using two fingertips, drivers or passengers can control the multimedia player, even when it’s not displayed on the screen.

Using three fingertips, drivers or passengers can adjust climate control by rotating left or right. When adjusted from the driver’s side of the screen, the temperature is controlled for the whole vehicle; alternatively, applying the same gestures from the passenger side enables dual climate control.