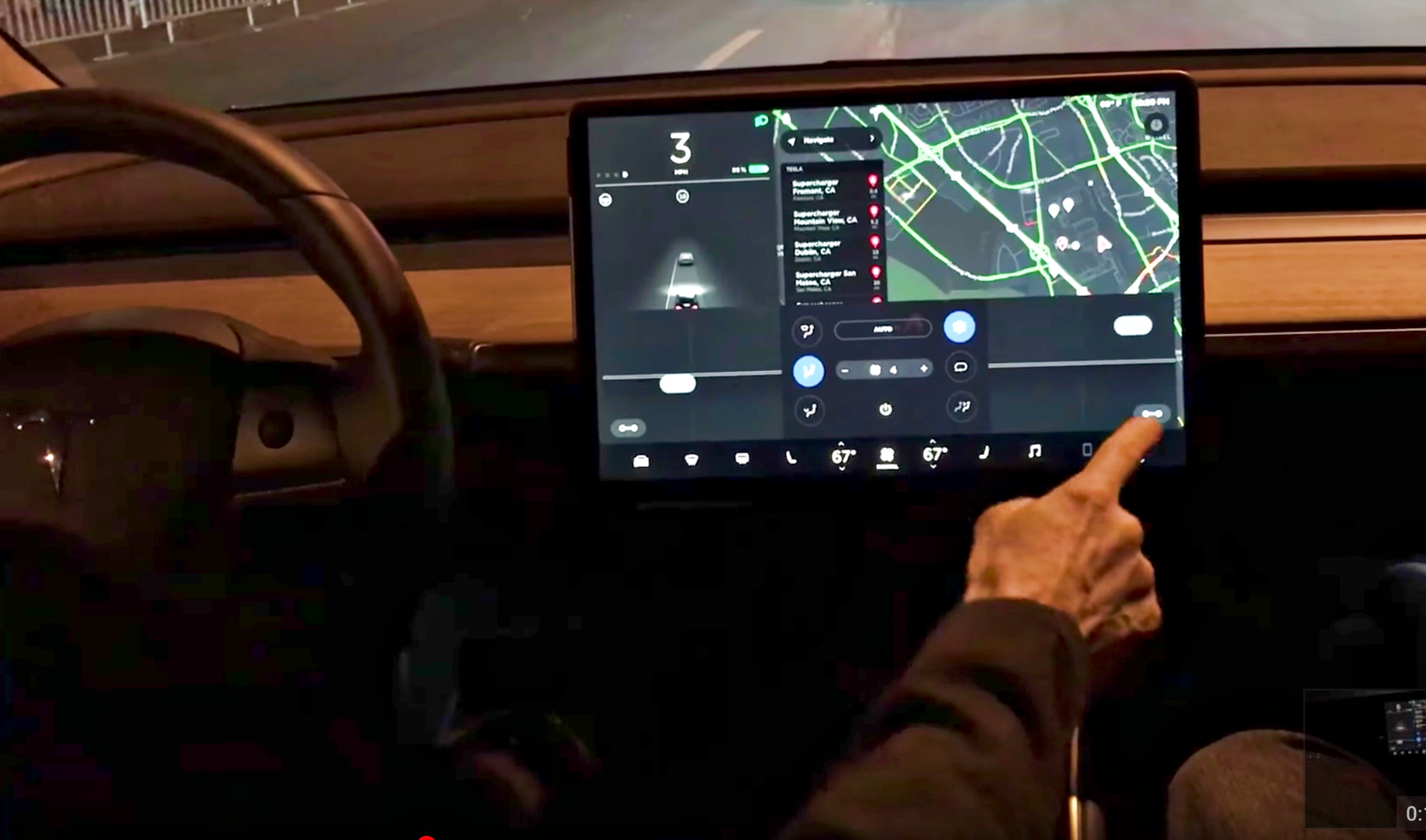 Those that had the opportunity to ride inside a Tesla Model 3 at the delivery event in Fremont, California learned that nearly every feature of the vehicle is controlled by touchscreen, including the unique air vents. The seemingly invisible Model 3 air vent that runs the entire length of the dashboard uses hidden fins and “two intersecting planes of air for vertical control”, according to CEO Elon Musk.

We witnessed this first hand as our Model 3 pilot demonstrated the capabilities of the vehicle’s HVAC system by changing fan speeds and adjusting temperature through recognizable icons. However, the highlight of the demonstration was seeing (and feeling) Model 3’s airflow being shifted to different sections throughout the interior cabin, and all done electronically through the 15-inch touchscreen display. No manual vents to move. Nothing.

We were pleasantly surprised to feel the strength of the airflow when it was directed to our seating position. Being able to concentrate heating and cooling to a main focal point is presumably a more efficient use of energy, making for the ultimate Model 3 Camper Mode feature.

Aside from being able to concentrate airflow to a specific area within the cabin, Model 3 air vents can also disperse airflow equally to both sides of the vehicle, as seen in the following video.

Previous speculation that Tesla’s mass market sedan would ditch its ubiquitous key fob for a key card was also confirmed Friday evening at the Model 3 Delivery Event. Driver’s will be able to swipe a business size key card along the car’s B-pillar to unlock it, and once again between the front seats to start the car.  Accessing the vehicle through a smartphone’s Bluetooth capability has also been added.

First Model 3 deliveries are expected to take place as early as October for Tesla employees and those that lined up bright and early the day of Model3Mania. Employees have also been granted early access to the Model 3 online configurator.