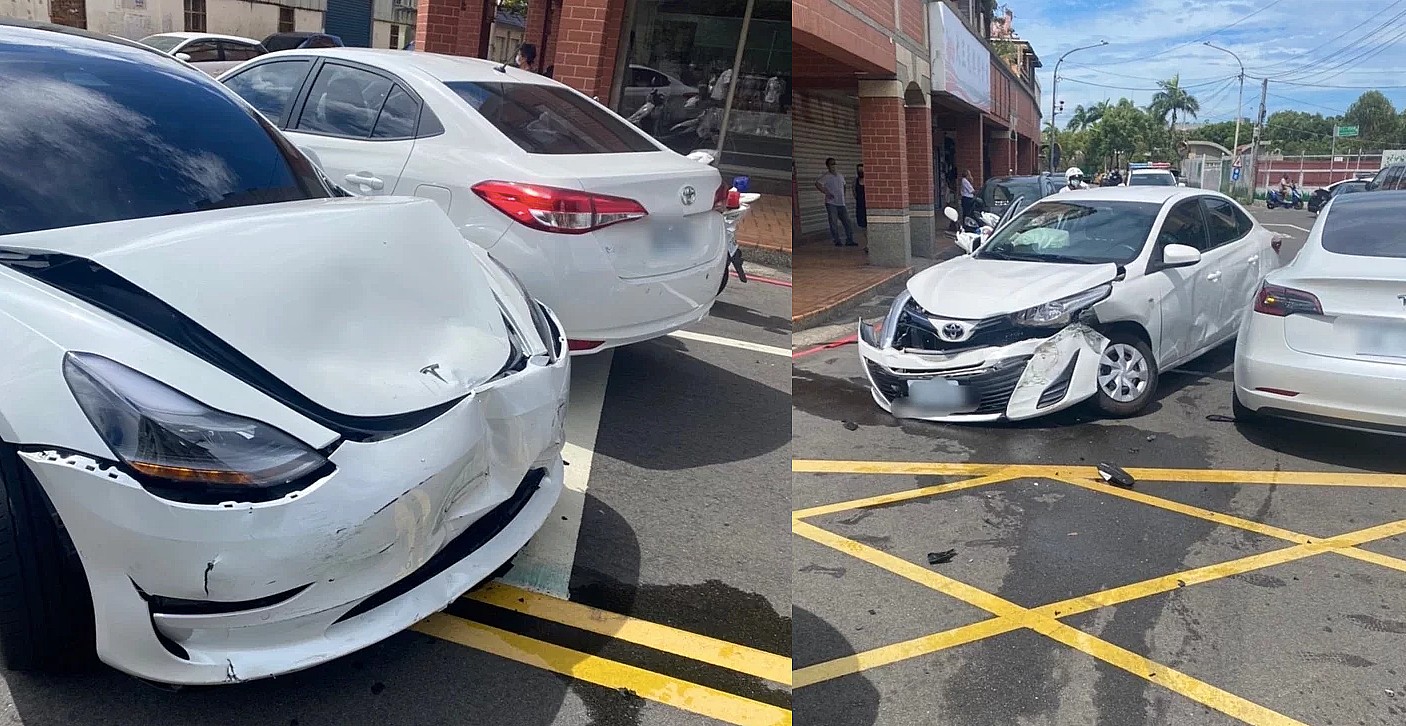 How far would a person go to rescue a friend? As shown by a Tesla Model 3 owner from Taiwan, the lengths that a person would go to is immense, especially if a friend is in danger of being abducted in broad daylight. Fortunately for the would-be rescuer, his Model 3 proved tough enough to stop the abductors’ vehicle, damaging it to the point where it could not run anymore.

Local news reports have noted that the harrowing incident happened this past Friday at the Linkou District near Taipei, Taiwan. Apparently, a driver of a black Tesla Model 3 called Lin ended up being involved in a fender bender with a Toyota Yaris sedan, which was rented by a man named Huang and his three companions. Tempers flared, and as per police reports, the four men in the Toyota proceeded to beat up the Tesla owner. But that was not all.

After assaulting the Tesla owner, Huang and his companions in the Toyota started forcing Lin into the Yaris. This was a frightening sight, especially as the events were unfolding in broad daylight. Fortunately for the driver of the black Model 3, Chen, a friend and fellow Tesla owner, was in the area witnessing the incident unfold. And when Huang and his group started forcing Lin into the Toyota, Chen knew he had to act.

Using his Tesla as a weapon, Chen drove the Model 3 right into the rented Toyota Yaris. Huang and his companions initially attempted to flee, but the Model 3 owner caught up quickly and blocked the Toyota’s path. The driver of the Yaris then attempted to run away from the Tesla by reversing quickly, but that was not enough. Taking advantage of the Model 3’s hefty weight and quick acceleration, Chen rammed his Tesla into the Toyota with some speed, preventing the Yaris from moving any further.

Images taken after the incident revealed that the Yaris suffered extensive damage from the Tesla Model 3. Its front end was smashed, and parts were strewn on the street. The Model 3 was damaged too as the vehicle sustained significant damages at the front. But more importantly, the attempted abduction of the black Model 3 owner proved unsuccessful. Authorities who rushed to the scene of the incident were able to apprehend Huang, though his three companions were able to escape.

Fortunately, the Toyota Yaris was a rented vehicle, and the company that issued the car was able to help point the police to the identity of Huang’s companions. As for Lin, he has his friend Chen to thank. After such an experience, after all, Chen’s Model 3 was extensively damaged, and the EV community knows how challenging it could be to get body damage repaired on Teslas. That being said, saving a friend’s life is likely well worth the potential headaches that a long repair process may cause.

Watch the remarkable footage of a Model 3 owner stopping an abduction attempt in the video below.