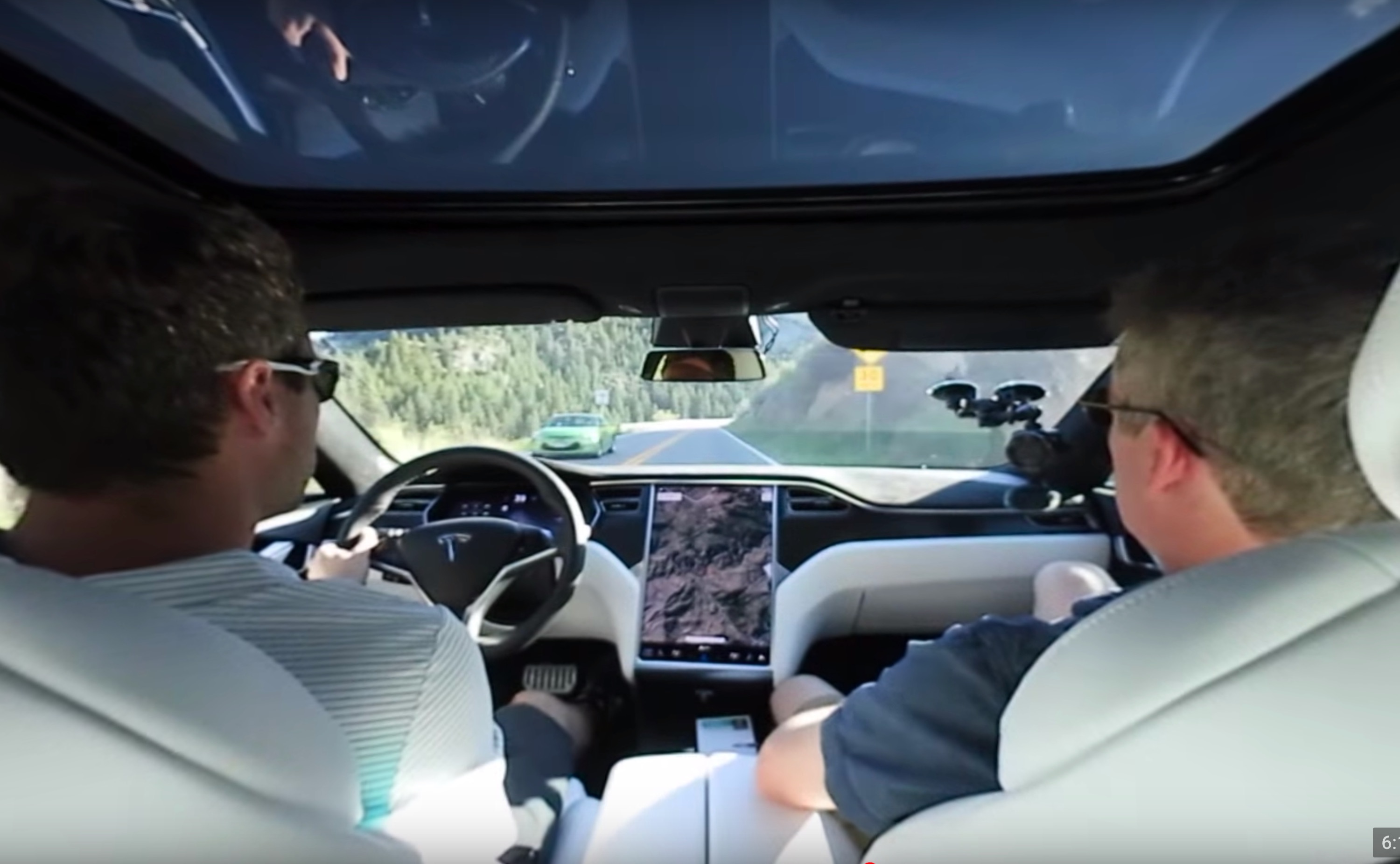 Model S owner and friend to the site Erik, from the DÆrik YouTube channel, has taken vlogging-in-a-Tesla to the next level with his latest video shot completely in 360 degree view.

One might recall that DÆrik sent us the itinerary for Tesla’s upcoming VIP factory tour which is scheduled to take place this Friday and Saturday. In their latest YouTube video, DÆrik discusses upcoming plans for the VIP event for referral program winners at Tesla’s Fremont, California factory. The event will include a tour of the factory, a special luncheon for invitees, and a Q&A session with Tesla’s Chief Designer Franz von Holzhausen.

The 6-minute ride-along video by DÆrik also dives into some of the recent developments taking place on Model 3 which include insight to recent sightings and vehicle configuration.

We found the interactive video to be quite entertaining, as viewers are able to perform an unbounded 360 look from inside the Model S by dragging their mouse cursor in the direction to view. Mobile phone viewers will have an even more realistic experience by moving their phone.