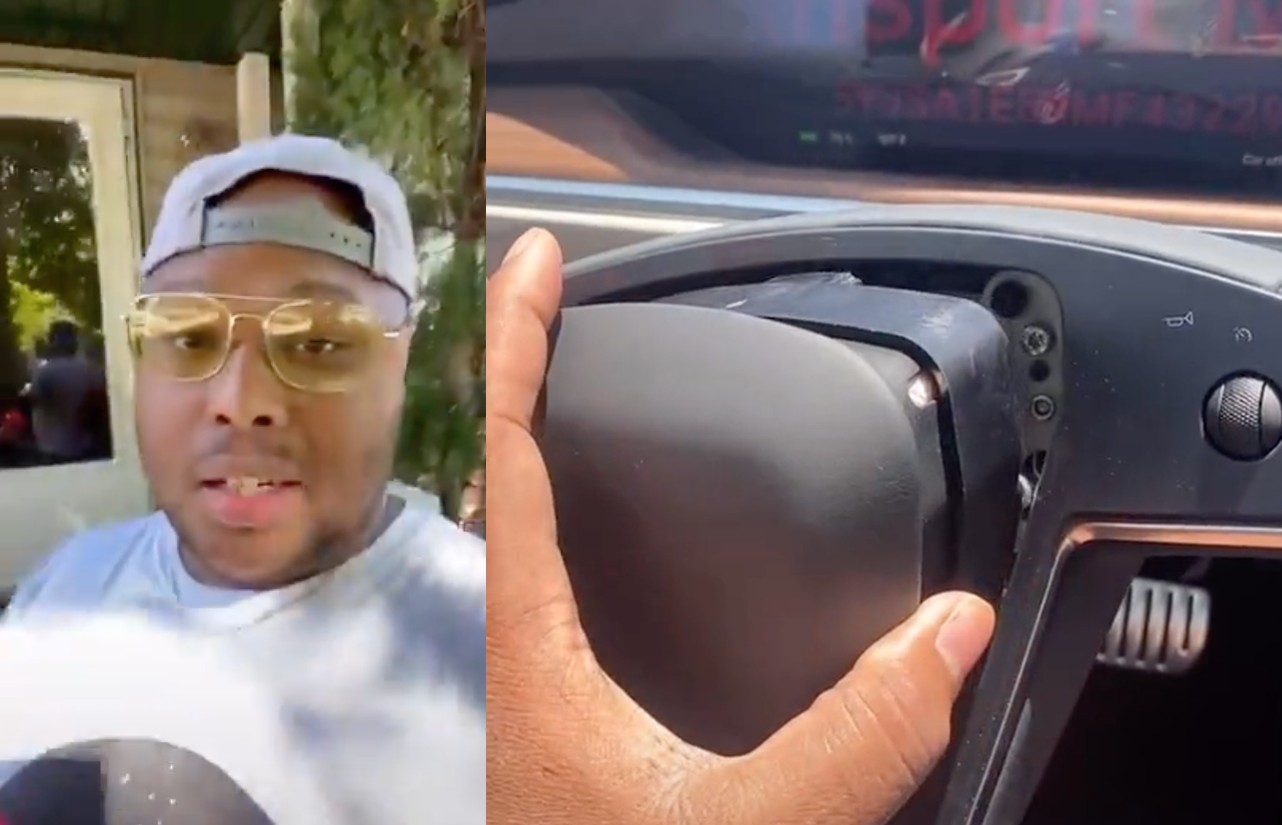 TikTok creator apologizes to Tesla, admits that “defective” Model S in viral video was not his

TikTok creator Ricco Kimborough has come clean about a viral Tesla post where he supposedly took delivery of a Model S with an airbag unit that fell apart in his hands. The social media enthusiast posted his apology on TikTok, admitting that the vehicle in the video was not really his and that he simply sat in an unlocked car at a Tesla delivery center.

“This video is for Elon Musk. I love your product, sir, I do. I love your product. I had no idea, and I’m sorry from the bottom of my heart. I had no idea that I was not supposed to get into that vehicle because it was not locked at all. I just want to say, I apologize… This video went viral and I got a call from the actual police department saying that they don’t want me on their property… So this message is to Elon Musk… I’m sorry and I’m actually purchasing a Tesla. Got one on order,” Kimborough said.

Guy who created fake viral TikTok video apologies to @elonmusk, admits he just sat in a car at the delivery center that was not his pic.twitter.com/lpVQNyPK4U

Kimborough’s viral video became a rallying cry of sorts among the anti-Tesla crowd, especially considering his “reactions” to his vehicles’ alleged defect. In the video, the TikTok creator stated that the vehicle was some “cheap baloney” and that such defects were unacceptable. Later videos even showed Kimborough allegedly coming to a Tesla location to complain about “his” Model S. That being said, the TikTok creator’s viral video did have some red flags from the get-go.

Immediately noticeable from the viral video was that the Model S “Plaid” that Kimborough allegedly took delivery of still had some of the protective wraps Tesla uses when transporting its cars. The vehicle was also in Transport Mode, which suggests that it was not in any way ready to be handed over to a customer. Contrary to the TikTok creator’s Model S Plaid claims, the vehicle was also a Model S Long Range, which was not yet being delivered to customers then.

So what of the substantial media coverage of Kimborough’s viral video, such as this, this, this, this, and this now that the video has been debunked by its creator? Well, that’s just the thing with these false pieces. Some outlets such as motoring media outlet Jalopnik have posted corrections to their initial coverage. But others, not so much. This, unfortunately, will likely result in a great number of people still believing that the TikTok creator’s initial video was real, despite the fact that it’s not.

TikTok creator apologizes to Tesla, admits that “defective” Model S in viral video was not his