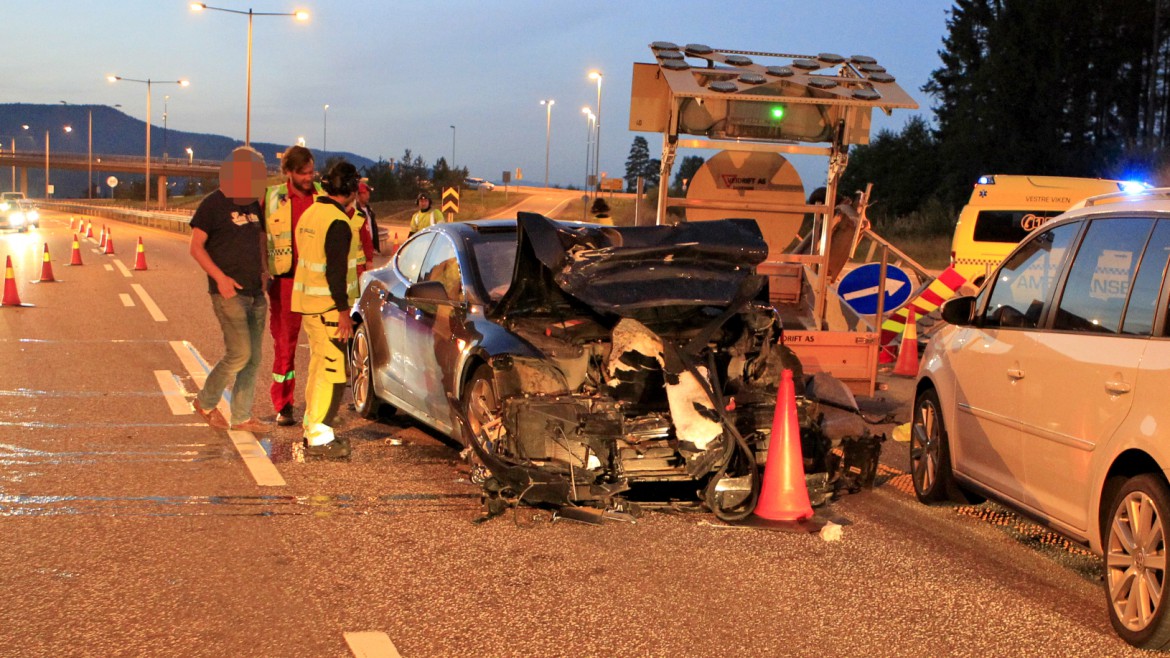 News coming out of Norway Monday evening indicate that a Tesla Model S driver crashed into a highway road closure barricade after reportedly being inattentive and using a mobile phone while driving. It’s unconfirmed whether the Model S was equipped with Tesla’s Autopilot feature and in use. Based on wreckage from the scene, it would appear that the 50-year old man from Vestfold was not paying attention while behind the wheel of the two ton electric sedan.

Photos of the accident published by local news outlet Drammen Live 24 show a Model S with severe front end damage resting near two highway barricades that were apparently used to signal drivers of an upcoming lane closure. According to Drammen, the Tesla Model S drove directly into the barricade leading into the north side of the Hanekleiv Tunnel on E18 in Sande. Though construction crew were nearby and the impact into the highway barricade cart sent debris into neighboring vehicles, no one was injured on the scene. 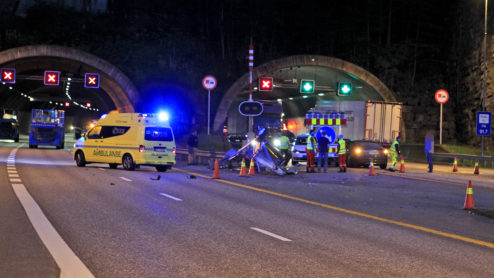 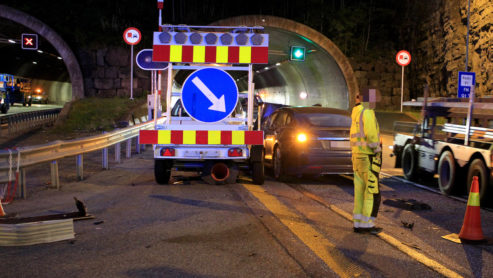 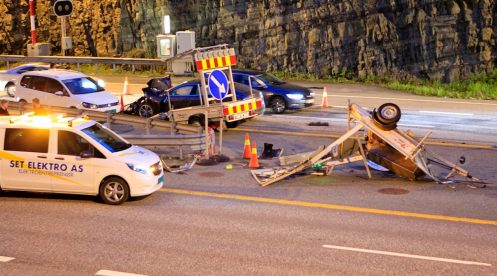 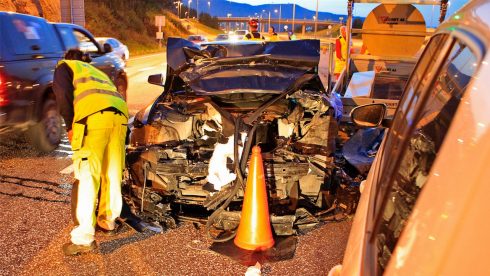 As more information becomes available regarding tonight’s crash in Norway, we suspect media outlets may attempt to link Autopilot as the cause for the accident, especially if the Model S was equipped with the hardware, and the feature was on at some point. However, given reports that the driver was on his mobile device while driving, and the nature of the accident where two large highway carts with indicators warning of a lane closure, along with a red “X” above the closed lane leading into the tunnel, we’re reminded of Musk’s most recent comment citing “expert drivers” (long time users of Autopilot) as becoming too accustomed to the feature, and thus ignore vehicle warnings.

Widespread concern over the safety of Tesla’s Autopilot feature has prompted the Silicon Valley automaker to develop a new Version 8 of Autopilot that will use radar technology as its primary sensor and allow its vehicles to see two cars ahead. The improvements are said to improve safety by as much as three times over the current system. The update is slated to be released via an over-the-air software update this Wednesday.

(Google StreetView showing the location of the accident)