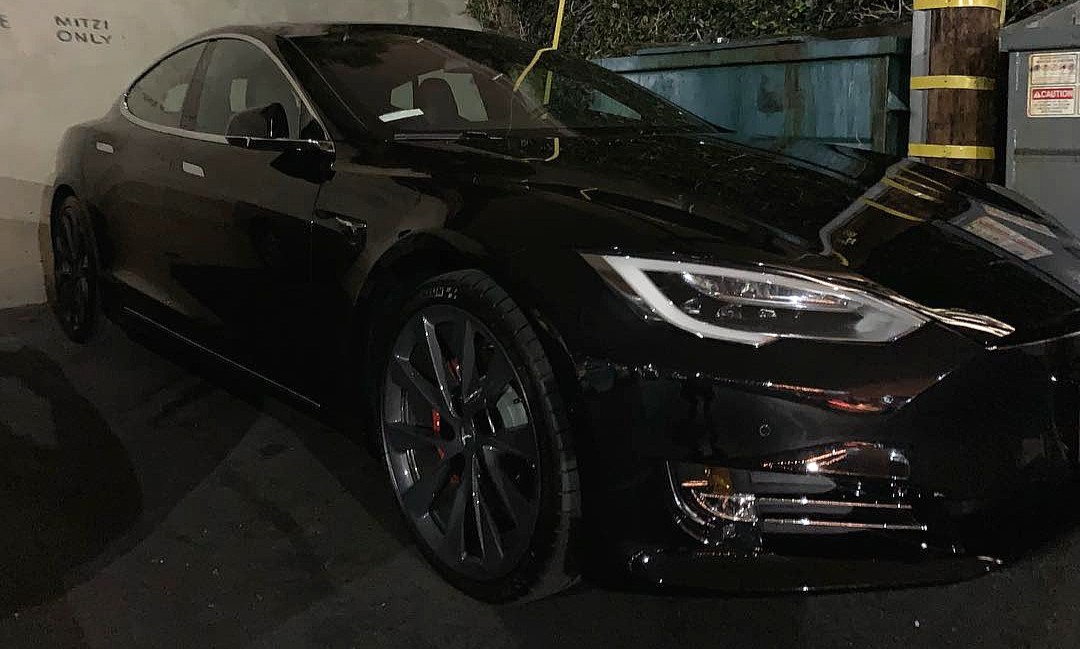 Last September, Tesla CEO Elon Musk made a guest appearance at the Joe Rogan Experience podcast. During their conversation, it became evident that the comedian and MMA enthusiast knows very little of the experience provided by Tesla’s premium electric cars. It also became evident that Rogan was a car enthusiast, at one point mentioning that he drives his Porsche to get himself on the zone when he does stand-up comedy.

Candidly addressing Rogan’s statement, Musk stated the comedian would get an even bigger thrill if he drives a Tesla Model S P100D. The Tesla CEO also explained the advantages provided by the instant torque of electric motors when driving. Rogan, for his part, agreed, stating that he would indeed try out Tesla’s flagship full-sized sedan.

In a social media post and in a recent segment on his podcast, Joe Rogan revealed that he actually bought a Tesla Model S, as per Elon Musk’s recommendation. And just like that, Joe Rogan — a self-confessed gearhead, muscle car fan, and former electric car skeptic — became a full believer in the performance and capabilities of electric cars. Echoing his Instagram post, Rogan noted that his electric car is “without a doubt, the most preposterously quick vehicle” he has ever driven.

Driving this @teslamotors model S is truly one of the strangest experiences I’ve ever had behind the wheel of a car. It legitimately feels like something wrong is happening. Without a doubt the most preposterously quick vehicle I’ve ever driven. It feels like something Bob Lazar snuck out of Area 51. Elon, you knocked it out of the park with this crazy thing.

So quick was his Model S that Rogan admitted to putting his car on Chill Mode at times. The comedian and noted podcast host praised his vehicle’s Ludicrous Mode as well, comparing the acceleration to that of a roller coaster.

“The thrust that you get is a roller-coaster ride. It’s insane. I mean, you can’t believe how fast it is. It literally doesn’t make sense. It doesn’t seem right. It seems like it’s punching its way out of a wormhole using alien technology,” Rogan stated.

Furthermore, Rogan admitted that while he loves American muscle cars with their large, roaring engines, they simply cannot compare to his Tesla Model S. Simply put, Rogan notes that Tesla’s electric vehicles are the future.

“The car is the future. Look, I’m a giant fan of American muscle cars. They’re my all-time favorite cars. In terms of like, to drive, the rumble of the engine, I love them. Maybe I’m some crazy, old dude from the 80s and still loves 1960s muscle cars. Maybe. I don’t care. I love them. But that Tesla’s the future. When you drive it, you realize, ‘Oh, other cars are stupid,'” he said.

Tesla is quite different from the conventional car company in the way that it relies mainly on word of mouth to promote its vehicles. Over the years, it has been noted by members of the Tesla community that test drives are among the best ways to encourage someone to consider an electric car purchase. Such is pretty much what happened to longtime auto journalist Henry Payne of The Detroit News, who purchased a Long Range RWD Model 3 as his personal vehicle. So impressed was Payne by his Model 3’s performance on the road and on the track that he actually dubbed the electric sedan as The Detroit News‘ 2018 Car of the Year.

Watch Joe Rogan talk about his experiences with his Tesla Model S in the video below.