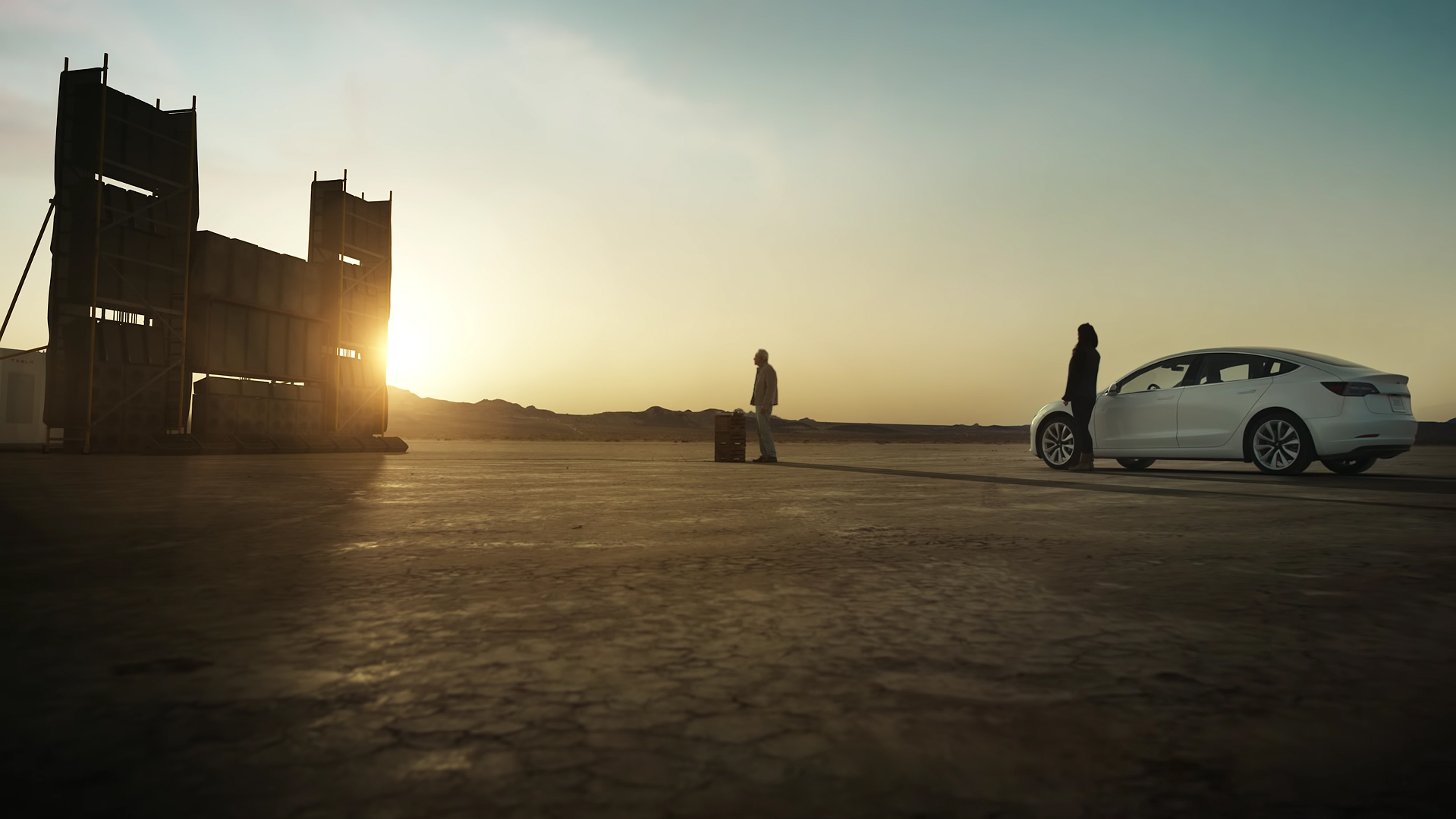 Tesla fan and filmmaker Jono Seneff once drove his father’s Model S 75D, and it gave him an experience unlike any other. Jono knew the specs of the vehicle prior to his drive, such as its 0-60 mph time, its battery capacity, and its range per charge. But once he stepped on the accelerator, he realized that Tesla’s electric cars are more than just fun facts and figures — they are about that special feeling that one experiences when trying out something new for the first time.

These thoughts formed half of the inspiration behind the filmmaker’s latest project — a fan-made commercial for the Tesla Model 3 recently shared on Jono’s YouTube channel. The 90-second commercial, which would not be out of place beside the best entries in Tesla’s Project Loveday contest last year, deals with the theme of feeling, and of experiencing (and re-experiencing) things. Jono provided some details about his fan-made Model 3 commercial to Teslarati through email, where he discussed the inspiration behind his project, as well as some fun Tesla-themed Easter Eggs he included in the ad.

Jono notes that his fan-made Model 3 commercial was inspired by a dream he once had of a deaf organist blasting music in the desert, as well as his personal experiences with a Model S. A Long Range RWD Model 3 was used as the main vehicle in the ad, and it was shot with the help of volunteers from his fellow USC cinema graduate students. Ultimately, the project took a long time to accomplish, with work starting back in April in and around Los Angeles.

Following is an excerpt from the filmmaker’s message describing the project.

“My dad got the Model S 75D about two years ago. Over the holidays I was able to drive it. Everything that I had read about Tesla – the 0-60 stats, the production process, how the batteries work,  all of that just fell away as I was pulling away from the stoplight. There is that inevitable stupid grin that creeps onto your face when you accelerate like that for the first time. This all made me think about what a Tesla commercial should really be about. It’s about feeling something. It’s not about knowing facts and figures; it’s about that uncontrollable stupid grin on your face as you silently accelerate out of a turn.

“I ended up trying to combine that feeling with this deaf Beethoven character from my dreams who longed to experience music again. Beethoven famously would put his body against the piano to feel the vibrations of his late compositions.  Although Beethoven and my main character weren’t able to hear music again, they were able to feel it. In the end, the unperformed sheet music or the statistical data on Tesla’s website are ultimately unrelated to that feeling that can only be experienced. And trust me — whipping around the desert in the RWD Model 3 was just that. In fact, the final shot of the spec is actually me in the car by myself just gunning it towards the horizon.”

Jono also mentioned that the commercial includes some fun Easter Eggs related to the company’s other products and one of CEO Elon Musk’s favorite literature. Among these is a Powerwall 2 battery (placed cleverly at the latter half of the commercial), as well as references to characters in Isaac Asimov’s Foundation Series.

This particular fan-made Tesla Model 3 commercial is notable in the way that it invokes that all-elusive “soul” referenced by car enthusiasts about vehicles they are fond of. Being absent of any engine noise, Tesla’s electric cars have been criticized for having no soul by critics. This particular point was highlighted by Porsche in its teaser for the Taycan (formerly known as the Mission E) earlier this year, when the German veteran automaker noted that their upcoming all-electric sedan and Model S competitor would be an electric car with soul.

“All Porsche models have something in common: They have a soul. A certain feeling you get as a driver as soon as you get behind the wheel. Soon, the Porsche Taycan is coming. And although his heart is powered by a different force – electricity – the soul, once again, is the same.”

As this recent fan-made Model 3 commercial shows, Tesla’s vehicles do have a soul, though it is not found in the form of an angry internal combustion engine roaring to life as the driver presses on the accelerator. Rather, it is an entirely different feeling — one that could only be fully understood and experienced behind the wheel of Tesla’s electric cars.