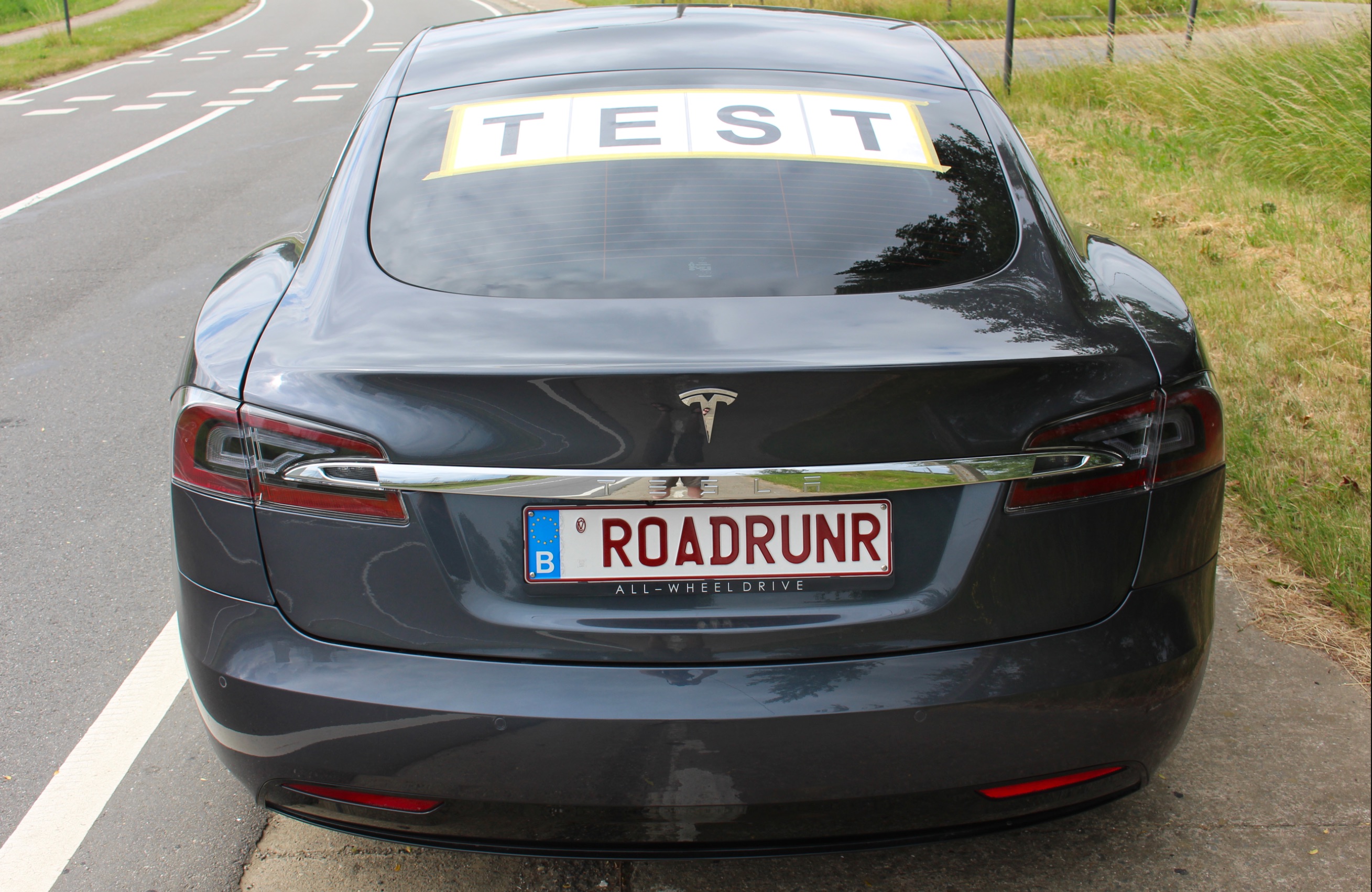 Steven Peeters had a dream for his Tesla Model S P100D, to break the world record for longest trip in an electric vehicle on a single charge.

The previous record, depending on how it’s viewed, was held by early Model S adopter and YouTuber Bjørn Nyland when his P85D made it 452.79 mi (728.7 km) on just one charge. The other record, arguably more impressive because the driver Casey Spencer managed to drive his Model S 85D 26+ hours continuously and at a snail’s pace without restroom breaks, registered 550.3 mi (885.62 km) with 0 mi left on the display, besting Nyland by over 100 mi (161 km). However, and admittedly, Spencer noted that there was a downhill segment of the record setting journey which many believed to be an unfair advantage.

Nevertheless, Peeters and his friend Joeri Cools were determined to put their name in the history books in their Model S P100D.

“My first line of thinking was “this is going to be a piece of cake”, because we have a big battery. But when doing a few test runs, it turns out to be a lot harder to get the power consumption so low you can actually drive these vast distances,” Peeters said in a blog post.

After scoping out some 19’’ rims and Michelin Primacy tires, the two Belgians began their journey at what would turn out to be their endpoint, a 22 kW charger. 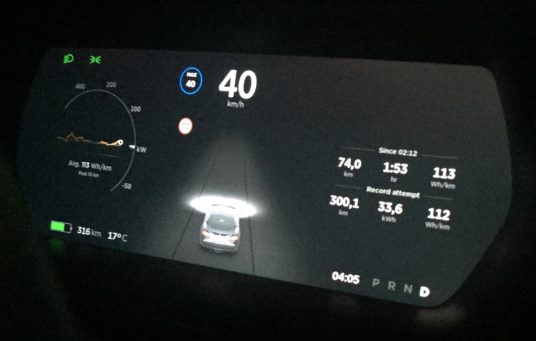 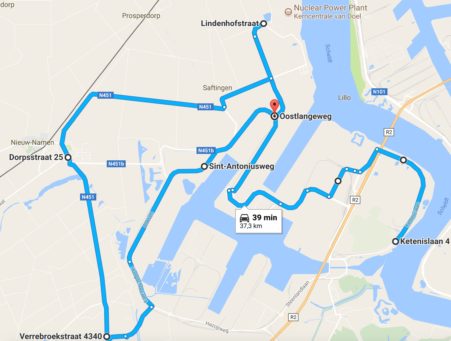 The two discovered that 40 kph was the ideal speed to take on this challenge. They also decked out their Tesla with a sign saying “TEST” since they were driving slowly for most of the journey.

That sign caught the attention of local authorities, who assumed they were testing Tesla’s Full Self-Driving capability, but being pulled over actually ended up being beneficial.

“He actually apologised for having stopped us and interfering with our test. He would then radio his colleagues to leave is alone for the rest of the attempt. Sometimes the cops can be your friend J.”

The duo did manage to get an average efficiency over 50 km below 100Wh/km and had some sections where the consumption over 10km dropped to 88 Wh/km, which is quite a feat. Peeters and Cools did run into some problems, but were aided by some solar power, although it did create an unpleasant atmosphere for the drivers. 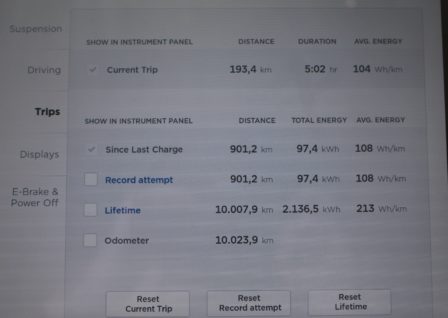 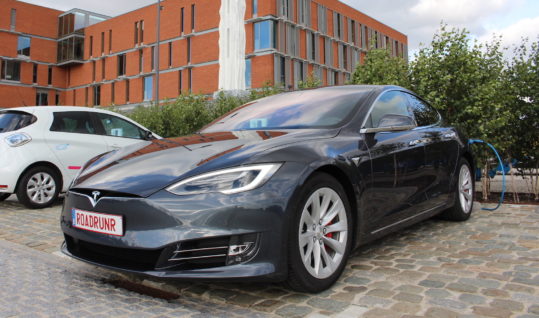 “It was just like sitting in hell and the sun was really burning. We let a sigh of relief every time we turned back around and had the sun behind us, [where] the tinted windows provided some protection,” Peeters said on his blog.

Toward the end of the voyage, the men abandoned their track and beelined for the charger, afraid of coming to a “dead stop in the middle of nowhere.”

“We had fun along the entire way, but it is a very long drive,” Peeters said.