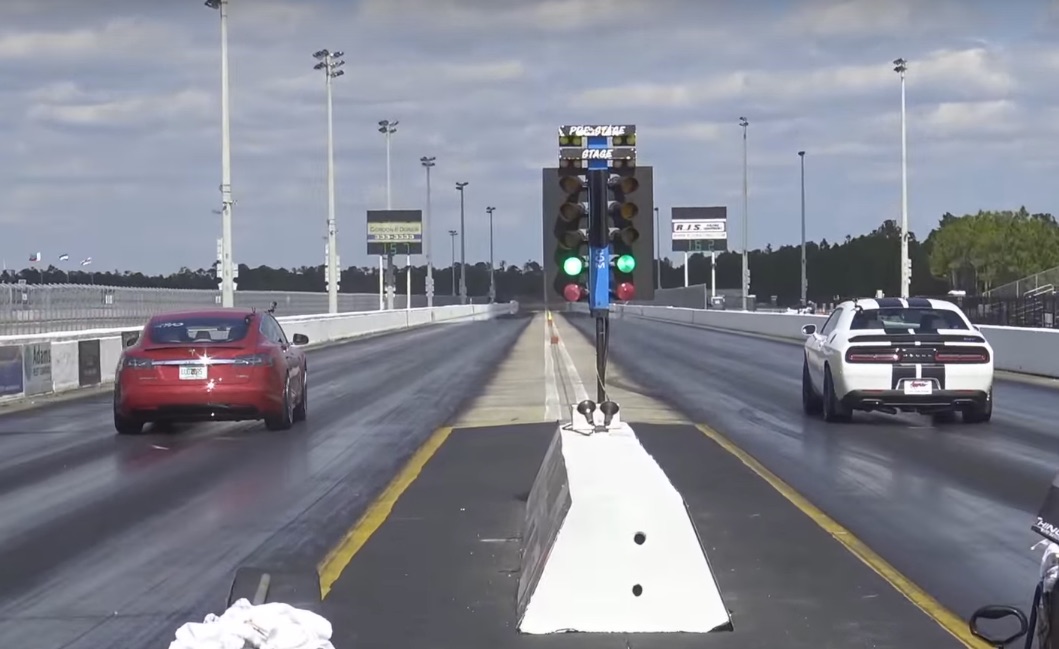 DragTimes is back with another episode featuring their world record-setting Model S P100D, this time matching it up against the infamous Dodge Challenger Hellcat. One might recall the Hellcat name making global news nearly two years ago when a video surfaced showing Tesla’s then flagship Model S P85D, making a combined 691 horsepower from two electric motors, drag racing against Dodge’s most powerful production sedan yet, churning out 707 horsepower from a 6.2L Supercharged HEMI V8.

It certainly wasn’t the headline news Dodge’s PR team was looking for. With headlines reading “Hellcat Driver Gets His Ass Handed To Him By Tesla At Drag Strip” and “Tesla P85D Destroys Dodge Challenger Hellcat On Dragstrip”, any goal of touting the performance benefits of gasoline over electric quickly went up in smoke.

Now, two years and two Model S variants later, Tesla’s more powerful P100D goes up against the same 707 horsepower Challenger Hellcat in a battle at the christmas tree, but with much different results. Outfitted with drag radial tires and apparently a much better driver, the Hellcat flexes its gas-powered muscle nearly beating the Tesla. The P100D edges out the Hellcat with a margin of victory by .07 seconds at the finish line and .23 seconds in elapsed time.