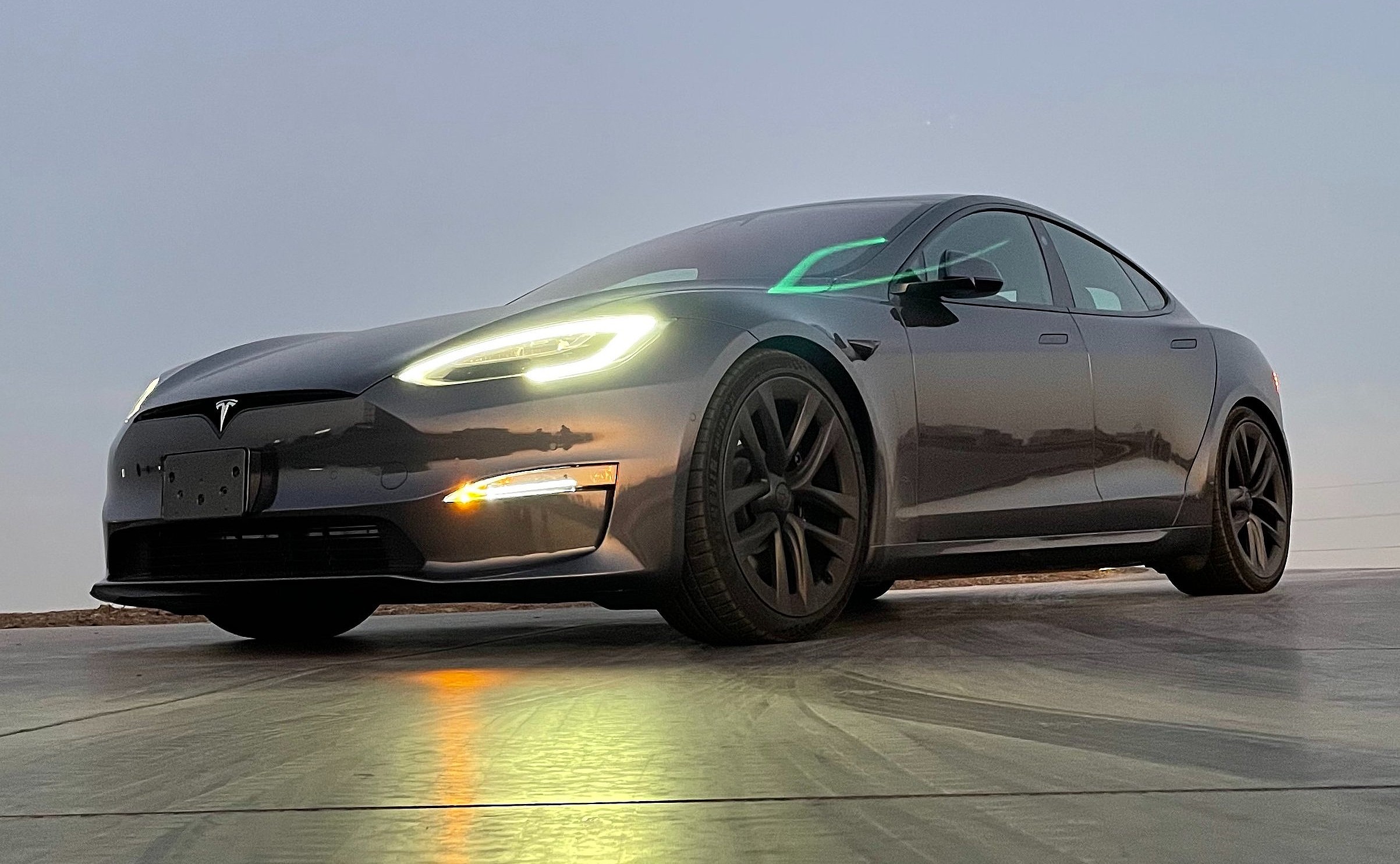 Since its release, the Tesla Model S Plaid has received great reviews from both professionals and consumers alike. While there are a lot of criticisms of the controversial steering yoke that Tesla released for the flagship sedan, the performance of the vehicle, its overall practicality, its ride quality, and its improved build compared to the Model 3 and Model Y were frequent points of praise.

Edmunds, which lists itself as the “global authority for unbiased, unvarnished automotive advice, news, reviews and deals for over 50 years,” opted to take the opposite stance on the vehicle. In a recent post on its YouTube channel, Edmunds noted that the Model S Plaid is “a “waste of money,” and that it’s not worth its price of $130,000.

The motoring firm found numerous faults from the Plaid, from its build quality and the steering yoke to its interior, which lacks the conventional luxurious flairs from rivals like the Porsche Taycan and the Mercedes-Benz EQS. Edmunds’ Alistair Weaver, while summarizing his thoughts on the Model S Plaid, argued that the horrible steering yoke is a metaphor for the entire car. He also argued that the idea of releasing a car with that much power was “daft.”

“The problem for me is that this yoke is really a metaphor for the whole car. It’s almost as if Tesla’s execs thought about how much noise they could make on Twitter and then worked backwards. A yoke on a road car is just plain daft. But then, so is the whole idea of 1,020 horsepower four-door sedan.

“I love the Tesla Model, 3 because it’s a genuinely groundbreaking car that’s accessible to many people. This, by contrast, is just a marketing exercise designed to create attention for an aging car and to satiate the egos of multimillionaires in cocktail bars. Really, it’s only good for one thing. And that’s drag racing,” Weaver concluded.

Edmunds’ conclusions on the Model S Plaid are certainly in the minority, even among professional reviewers. Doug DeMuro, who has heavily criticized Tesla in the past, dubbed the Model S Plaid as “quite possibly the best all-around car ever made” after experiencing the vehicle. Unlike Edmunds, which had questions about the vehicle’s price, DeMuro noted that the Plaid brings a lot of value and performance considering that it’s a $140,000 car.

The same was true for veteran motoring journalist Jason Cammisa, who reviewed the Model S Plaid soon after the vehicle’s unveiling. While agreeing that the steering yoke is a gimmick, Camissa stated that the Model S Plaid is a vehicle that is effectively a class of one at its price range. ‘Judged as a Chiron-beatingly fast, everyday luxury car, I must say with apologizes to Rolls-Royce, Bentley, Bugatti, Mercedes-Benz, and every automaker on the planet: good luck catching up. You’ll need it. And at $130k, nobody has a chance,” Cammisa wrote.

Watch Edmunds’ Model S Plaid review in the video below.