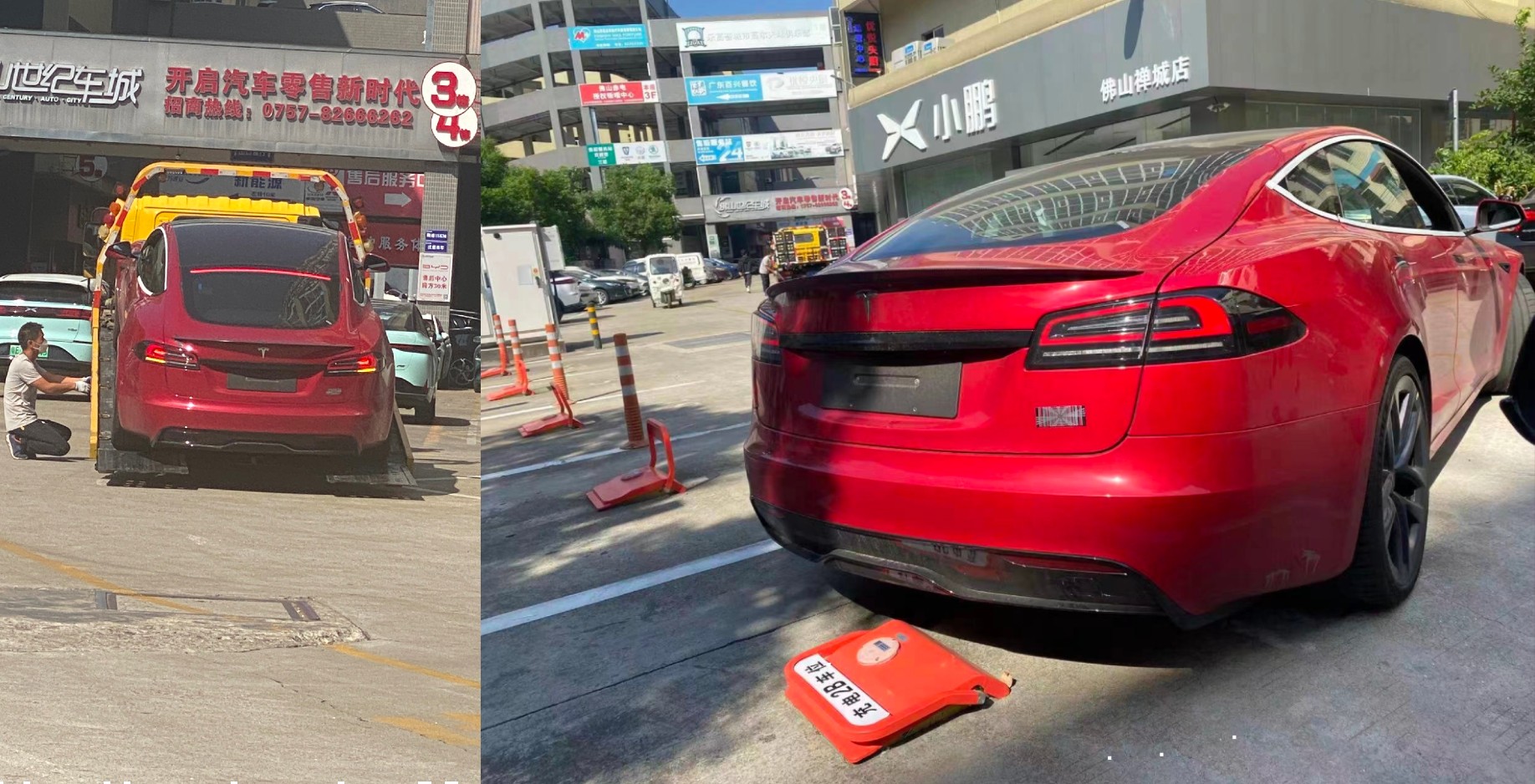 A Tesla Model S Plaid was spotted in China. Many Plaid reservation holders in China have been waiting for deliveries. The sighting of the first Model S Plaid in the country gives them a sneak peek at what to expect when deliveries of the flagship EV begin.

The Model S Plaid was spotted being unloaded from a flatbed truck. Funnily enough, the Tesla Plaid vehicle was unloaded in front of local all-electric vehicle competitor Xpeng–who had been accused of stealing technology from the American-based EV automaker in the past.

The refresh Model S, Model X , and their Plaid versions have been available to purchase in China for a while, but deliveries have not started yet. In a Chinese Tesla owners forum, one reservation holder mentioned waiting 500 days for their Plaid Model X. The forum member reserved their Model X in May 2021.