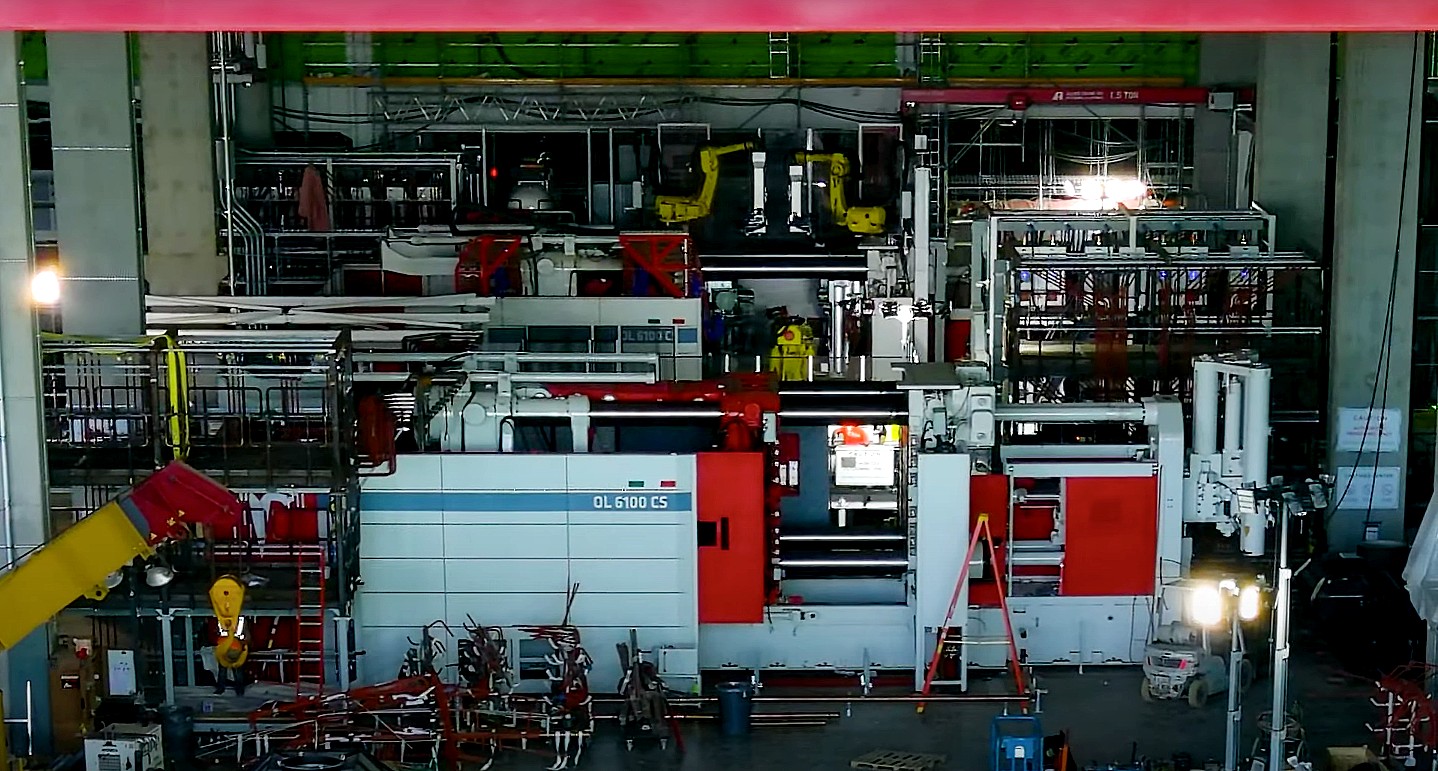 It won’t be an exaggeration to state that a good part of Tesla’s future is poised to be built on the back of the Giga Press, a house-sized machine that is capable of producing single-piece casts for the company’s vehicles. With the Giga Press, Tesla could effectively reach mainstream status in the automotive industry using a concept that it developed in-house.

Despite Gigafactory Texas still being in construction, Tesla has already completed the installation of the site’s first Giga Presses. And over the past weeks, images of the first front underbody megacast for the Made-in-Texas Model Y have started emerging online. Recent flyovers of the site have even shown hundreds of the massive casted parts being gathered around the facility, suggesting that Tesla is already calibrating its Model Y Giga Presses for their upcoming operations.

It is then quite remarkable and satisfying to see the company’s Texas-based Giga Presses in action as they produce the Model Y’s single-piece casts. The video of the machines was captured by Jeff Roberts, a Tesla and EV advocate who has been following the progress of the Gigafactory Texas site since the project’s early days. The clip of the machines was brief, but it does hint that Tesla is wasting no time in ensuring that its casting machines are ready to hit the ground running.

Gigafactory Texas was announced and promoted by Elon Musk as Tesla’s Cybertruck factory, but the EV maker would be starting its operations with the production of the Model Y crossover instead. This should help Tesla start Giga Texas with a vehicle that it is already familiar with, though Elon Musk has confirmed a huge update for the Model Y that would be made in Texas. According to the CEO, Giga Texas’ Model Ys will launch with the company’s custom 4680 cells, the same batteries that are expected to be used for the Cybertruck.

Tesla has been incredibly conservative surrounding the updates on its 4680 cell production. In the first-quarter earnings call alone, Elon Musk estimated that Tesla was still about 12 to 18 months away from meaningful 4680 volume production. This seems a bit strange as the Model Y is a high-volume vehicle and thus would require a lot of batteries. If Tesla intends on starting Model Y production in Giga Texas later this year with plans for a full ramp in 2022, then the company may be understating its capabilities to mass-produce its 4680 cells.

For now, however, Gigafactory Texas continues to grow and develop at an astounding rate. Check out a recent flyover of the Giga Texas complex in the video below.