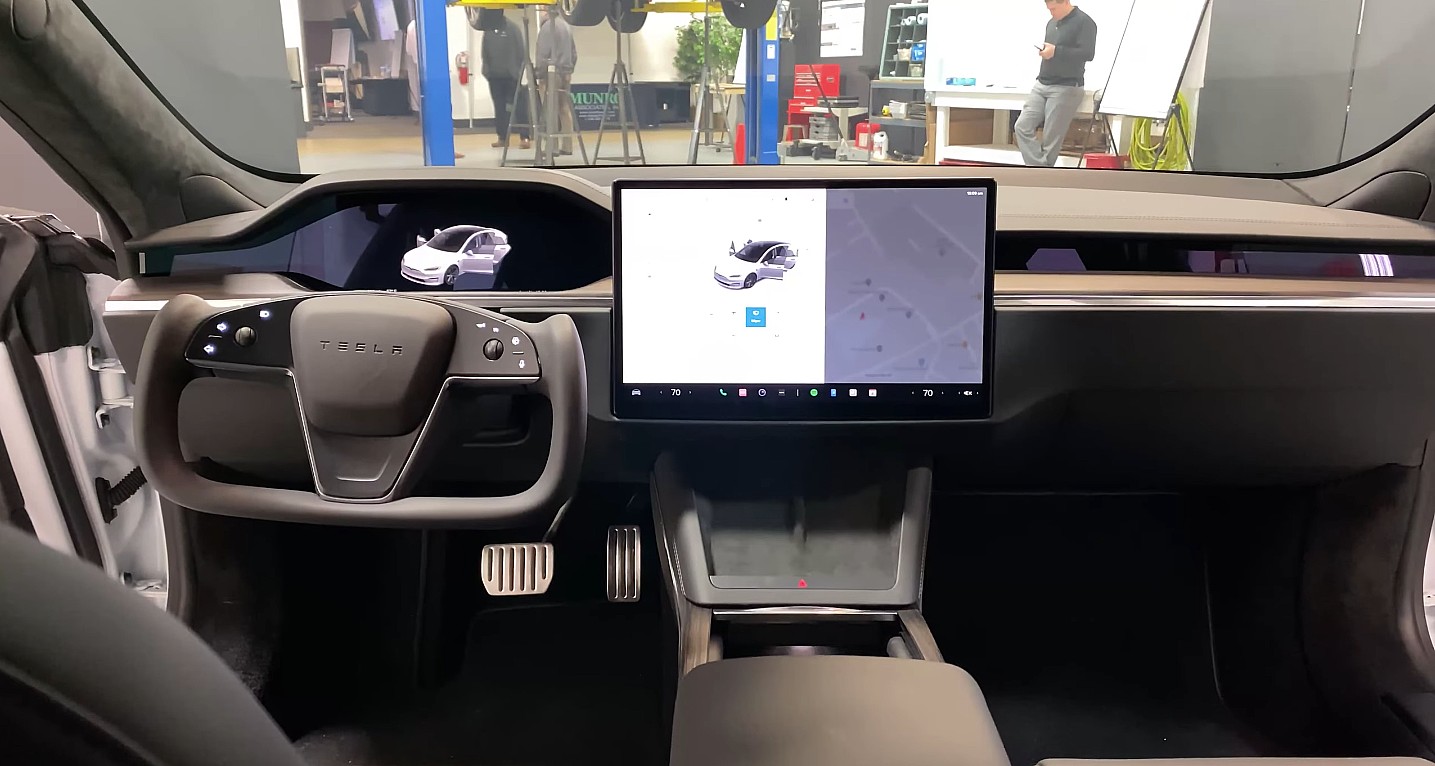 The Tesla Model S Plaid’s steering yoke almost brought as much attention to the vehicle as the all-electric flagship sedan’s monstrous performance. But while the Model S Plaid’s yoke remains polarizing even among Tesla supporters today, the controversial control system actually has some benefits, such as increased driver safety.

This is, at least, according to Munro & Associates, which is currently in the process of tearing down and analyzing the Model S Plaid. In a recent video posted on the company’s Munro Live channel, teardown expert Sandy Munro and vehicle interior veteran Carl Crittenden discussed what was good and what needs improvement in the Model S Plaid’s interior.

The auto veterans’ conversation about the Model S Plaid’s interior covered several topics, though one particular section of the analysis stood out. While discussing the Model S Plaid’s controls, which Munro said was something that he personally prefers, Crittenden remarked that the strangely shaped steering system actually helps keep drivers safe. This was because the Model S Plaid’s steering yoke pushes drivers to keep their hands on the “9 and 3-o-clock” position.

“One thing that you also may not have thought about is that yoke increases safety as well. So the people that grab at the top of the steering wheel, if that airbag deploys and the airbag is coming out below your hands, your elbow does not bend in that manner. If you’re holding there, you’ll break your arms,” the interior expert said.

Munro shared his own thoughts on the matter.

“Airbags are great. I know they’ve saved lots of lives (but) I really don’t like the idea of having my elbows broken. And when I saw airbags go off, and looked at, if I’ve got my arms at the top, either they’re going to throw them up into the headliner, or they’re going to break them, and neither one of those really appeal to me,” Munro said.

While the habit of using steering wheels in the “10 and 2” position is something that would be hard to break for many drivers, the NHTSA has already changed its steering recommendations over the years. The organization now suggests that drivers lower their hands to the “9 and 3” position instead, since “10 and 2” could indeed be dangerous in steering wheels with airbags. Drivers of the Tesla Model S Plaid, it seems, would not need to worry about their hand positions that much, at least.

Watch an analysis of the Tesla Model S Plaid’s interior in the video below.