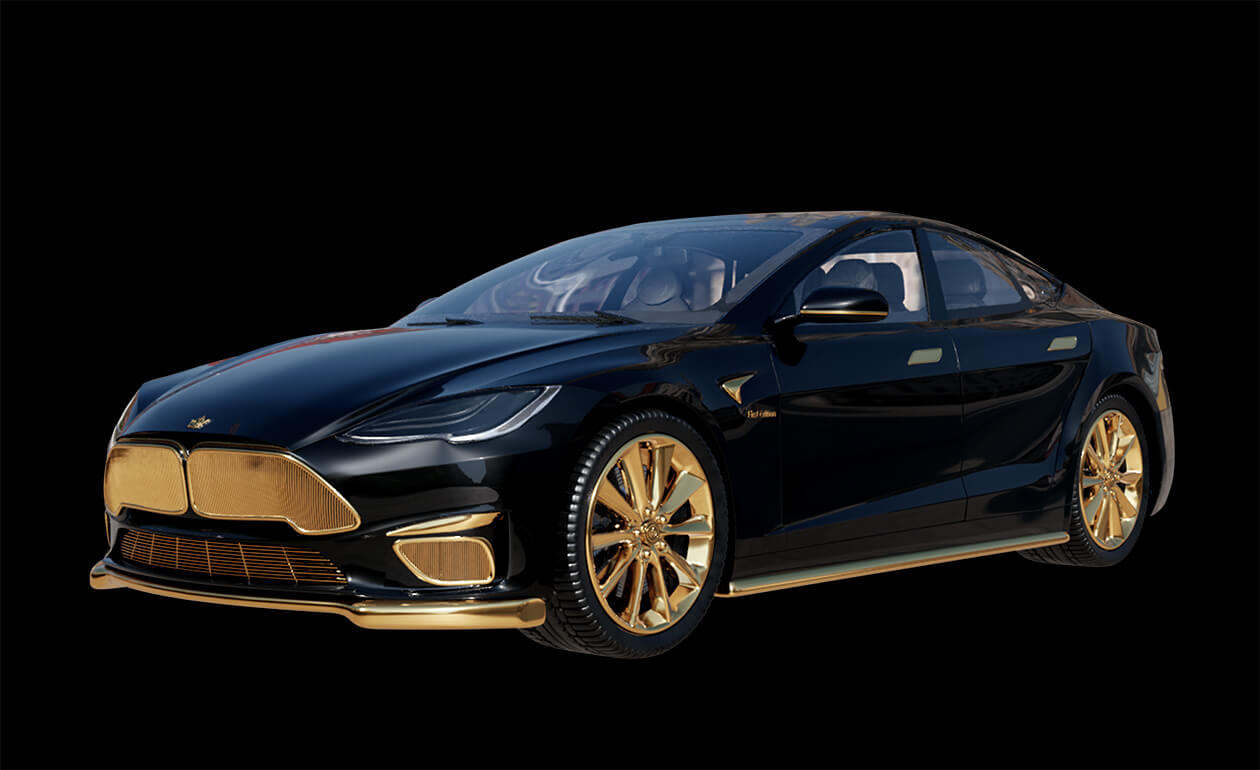 This Tesla Model S Plaid+ concept car is covered in gold, and you can buy one

The Tesla Model S is one of the most revolutionary vehicles in recent memory. While Tesla first released the Roadster in its early days, the Model S was the first car the automaker released that was readily available to the public upon its initial production push in 2012. Over the years, the Model S has been revised several times by Tesla, but third-party customization companies, like Caviar Royal Gift, have also put their own spin on the all-electric flagship sedan. This one is covered in 24 karat, 999 gold (indicating a gold content of 999.9 parts per thousand – the purest form of gold that is available to consumers), matching the $299,999 price tag that will keep this ride reserved for the rich.

Caviar has spent the better part of its established presence creating customized iPhones that also sell for a pretty penny. However, the company took on a new project that goes past the Smartphone sector, but still lies within the broad technology industry by customizing a brand new Model S sedan, rocking the brand new Plaid+ powertrain that retails for $168,990. While the Plaid+ Model S has the best performance specifications to ever be released for a production vehicle with a less than 1.9-second 0-60 MPH time, a 200 MPH top speed, and range ratings that go over 520 miles, the vehicle is already impressive in its own right.

However, there are some owners who don’t only want the performance, but they want the cosmetics too. While the Model S is a sharp vehicle on its own, owners and aftermarket companies have put their own spins on Tesla cars in the past, coming up with some wildly creative designs.

Caviar took it up a notch. “The World’s best electric car is turned into a truly luxury item. Black gloss and dazzling gold. This is how Caviar designers present a high-tech luxury vehicle,” the company writes about the custom Model S. Designed by a team of Caviar artists, the Model S concept car is covered in 999 gold through the Double Electroplated technique that bonds and protects the gold to the car. 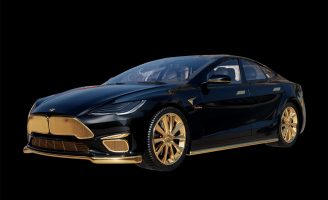 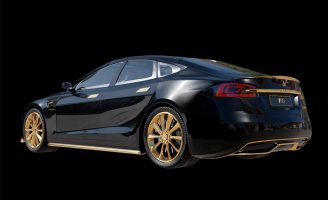 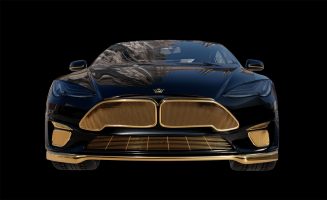 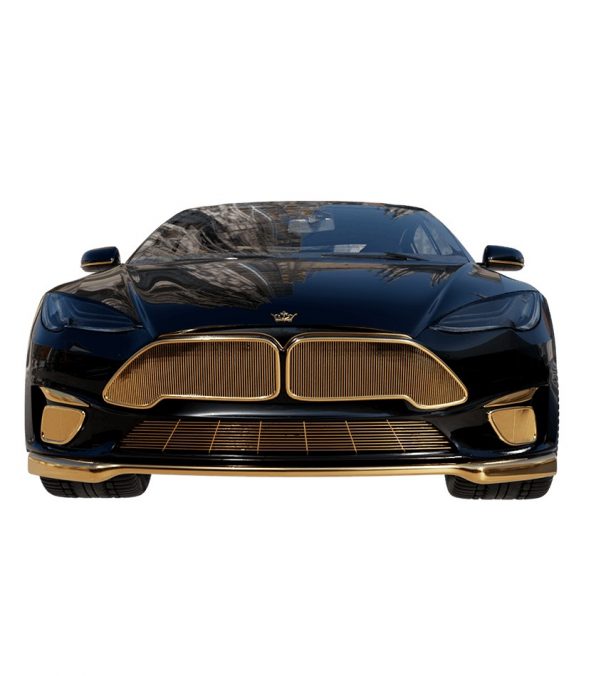 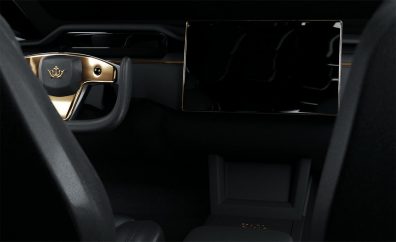 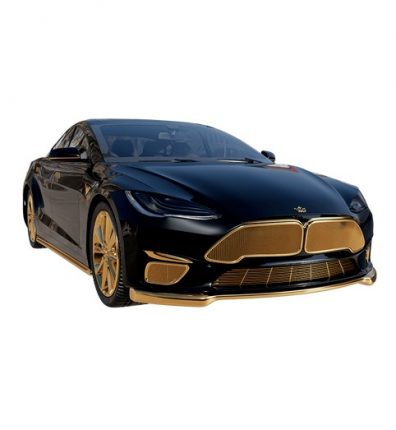 “The brand’s artists have created an exclusive Tesla Model S concept car. The electric car is presented in black and adorned with decorative elements covered with 999 gold in Double Electroplated technique. The radiator grille, side skirts, discs, rear-view mirrors and elements of the rear and front bumpers are in the gold color.

Imagine yourself driving this car: a respectable high-quality oil-colored body and a dazzling glow of gold. You are not just driving the car of the future. This is a new word in luxury car modding. If you think that they will turn after you and look with an admiring glance, you are not mistaken. That is exactly what the Caviar Model Excellence 24K is made for.

We are confident that the synthesis of high technology and luxurious materials is exactly what you need. It’s not just a car. It is the quintessence of sophistication, luxury, and self-confidence. Dare to walk such a beast along the main streets of the city? Be careful, you can dazzle those around you with your splendor.”

Caviar requires anyone interested to submit a request for the vehicle, but the timeline on when the car will be delivered ultimately falls on Tesla. The Model S Plaid+ variant, while announced earlier this year, will not be available until at least mid-2022, according to Tesla’s online design studio.

Regardless, the Model S Excellence 24K, as it is being called, isn’t just about the exterior. Caviar also threw in some renders of the gold-plated Yoke Steering wheel and dash screen, which are new additions to the revised Model S design.

If you’re thinking about getting one of these for yourself, Caviar said it will only produce 99 of these, so get it while you still can!

This Tesla Model S Plaid+ concept car is covered in gold, and you can buy one