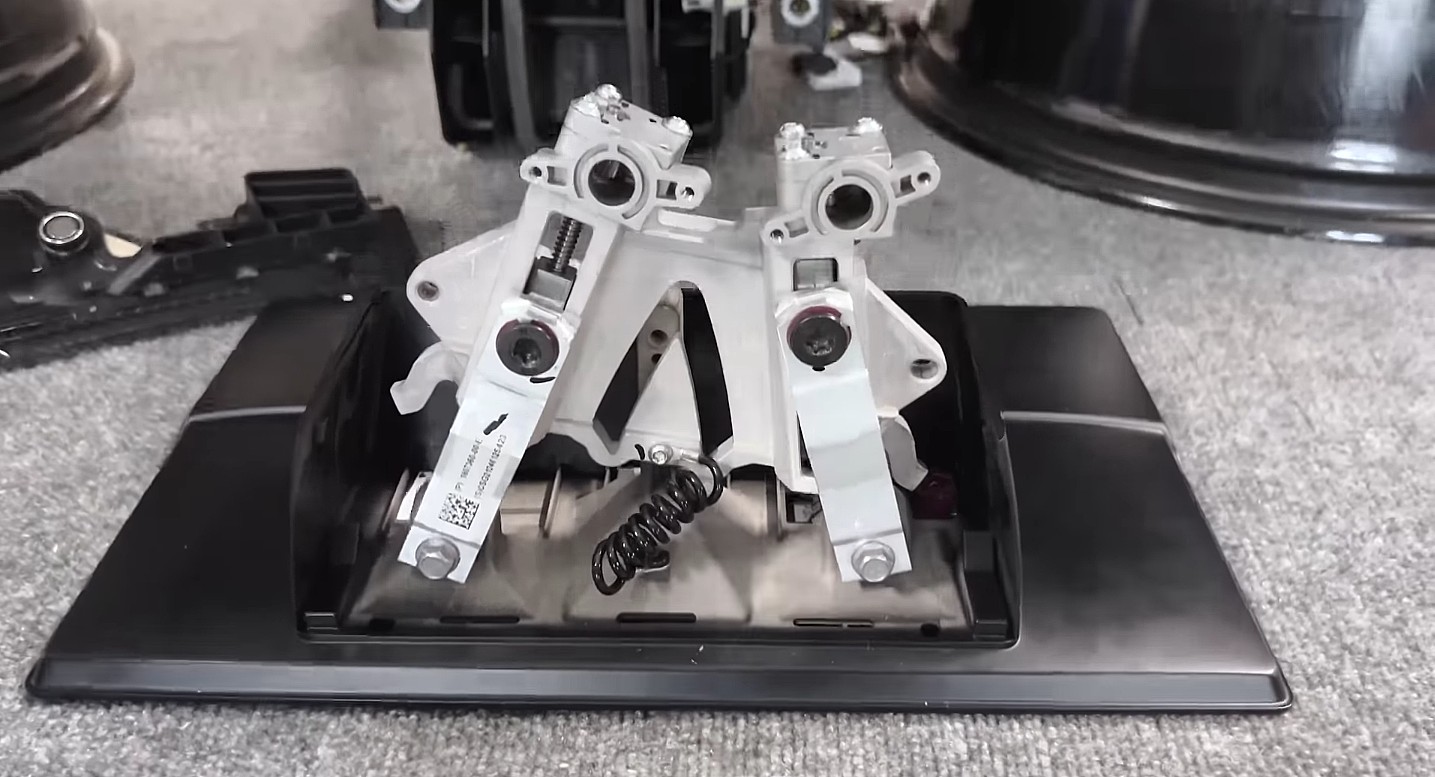 It appears that the new Tesla Model S and Model X’s tilting infotainment display feature is not dead at all. Despite the function seemingly being retired from the flagship sedan in the lead-up to its first deliveries, it appears that the new Model S is still being shipped with most of the hardware necessary to make a tilting center screen possible.

These recent findings were shared by automotive teardown group Munro Live on their YouTube channel. The team is currently in the process of tearing down a Model S Plaid, so it was only a matter of time before a closer look into the vehicle’s dashboard was performed. Needless to say, the team did not disappoint.

As outlined by the Munro Live team, the center display of the Model S Plaid is equipped with hardware that is evidently designed to help the component tilt towards the driver or passenger. A look at the component’s current setup suggests that a tilting display retrofit could be possible in the future, as Tesla would simply have to add some small electric motors and a few other parts to make its screen movable.

A tilting display retrofit would likely be popular among Model S and Model X customers. The feature, after all, offers several advantages, especially for users accessing entertainment features such as Tesla Theater and Caraoke. Elon Musk has previously noted that in-vehicle entertainment systems would be important in the world of autonomous vehicles. With this in mind, even simple features like a tilting center screen, which can optimize media consumption, would likely be welcomed by users.

Despite the new Model S and Model X being delivered with a flush center display that does not move, reports of the flagship cars’ tilting screen have never really died down. Even as deliveries of the new Model S started last year, for example, test vehicles were sighted with center screens tilted towards the driver.

Tesla had not explained the reason why it opted not to roll out the new Model S and Model X with a tilting display, especially considering that the function was listed on the company’s website when the vehicles were initially offered. Speculations among EV owners, however, suggest that the ongoing supply chain issues and the global chip shortage could be the culprit behind the feature’s removal. After all, with parts at a premium, Tesla likely opted to use the components it could acquire for its vehicles’ most essential features.

Watch Munro Live‘s analysis of the Model S Plaid’s tilting infotainment system in the video below.