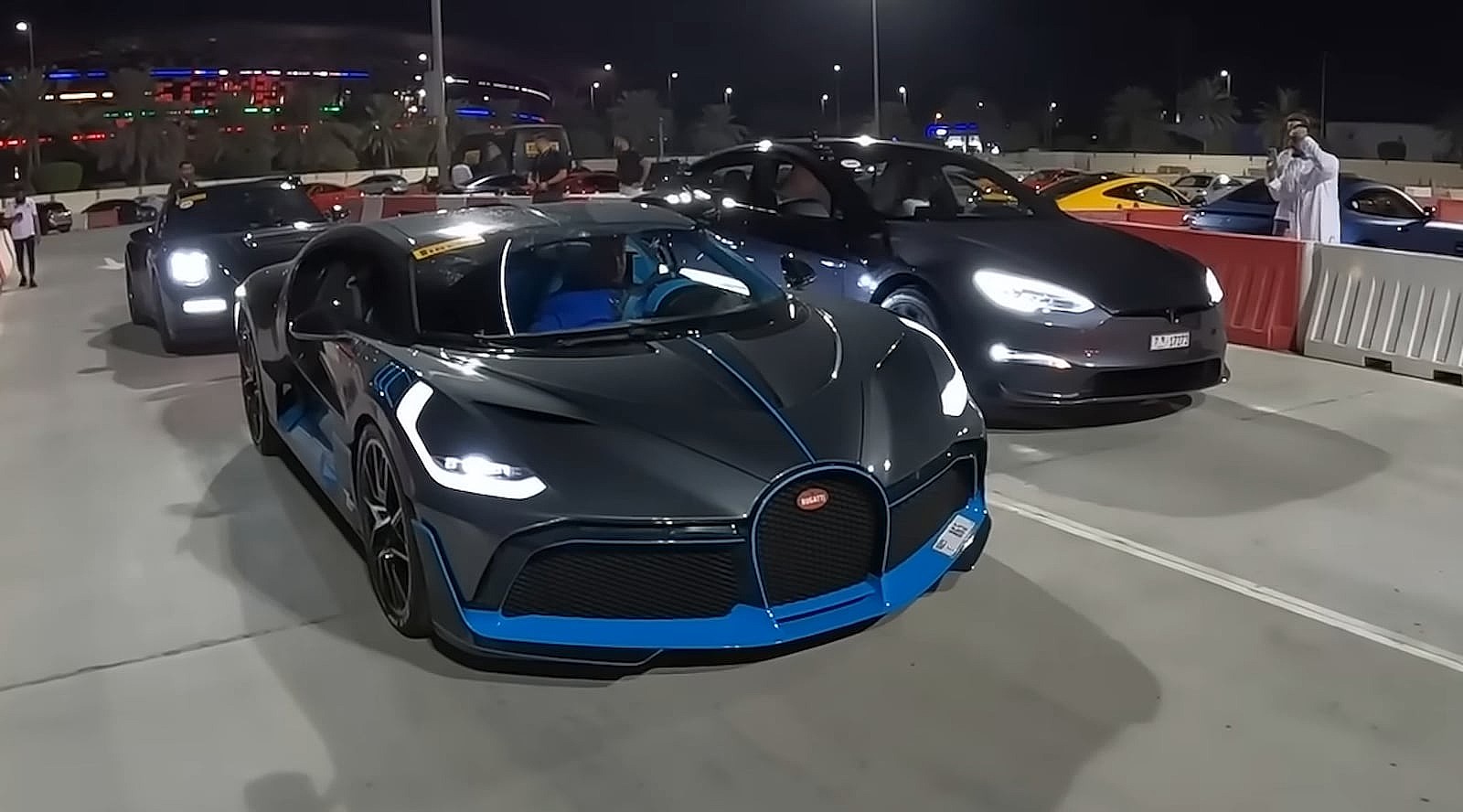 It takes a special vehicle to beat a Tesla Model S Plaid. And for production internal combustion engine-powered cars, such a feat is especially hard. Even ICE hypercars, after all, do not have the same instant torque that the Model S Plaid’s three carbon-wrapped electric motors exhibit when the family sedan accelerates from a dead stop.

Drag racing veteran Brooks Weisblat of YouTube’s DragTimes channel recently posted a rather interesting video showing what happens when a Bugatti Divo — arguably one of the most stunning and expensive hypercars today — faces off against a Tesla Model S Plaid. Needless to say, the results of the race are quite entertaining.

The matchup of the two vehicles is quite interesting to say the least, simply because they cannot be any more different. Apart from the fact that the Tesla Model S Plaid is all-electric and the Bugatti Divo is a true combustion-powered monster, the two vehicles are worlds apart.

The Bugatti Divo, for example, is powered by a mammoth 8.0-liter Quad Turbocharged W16 engine that produces 1,500 horsepower, while the Tesla Model S Plaid is powered by three electric motors that produce 1,020 horsepower. The Bugatti Divo also has an MSRP of about $6,000,000 (the vehicle in DragTimes‘ video is reportedly valued at $10,000,000), while the Tesla Model S Plaid is priced at $136,000. This makes the Divo about 44 times as expensive as the Model S Plaid.

Yet as per DragTimes‘ video, the mighty 8.0-liter, $10 million hypercar actually has a very hard time catching up to the all-electric family sedan. A rolling race ends in the Tesla’s favor, and a later matchup rendered the same results. That being said, the Divo did achieve a notable feat just the same, as it was able to complete a quarter-mile run in 9.27 seconds while traveling at 154.42 mph.

That’s enough to set a new world record for the quickest production ICE car down the quarter mile.

Watch the Tesla Model S Plaid battle the Bugatti Divo in the video below.