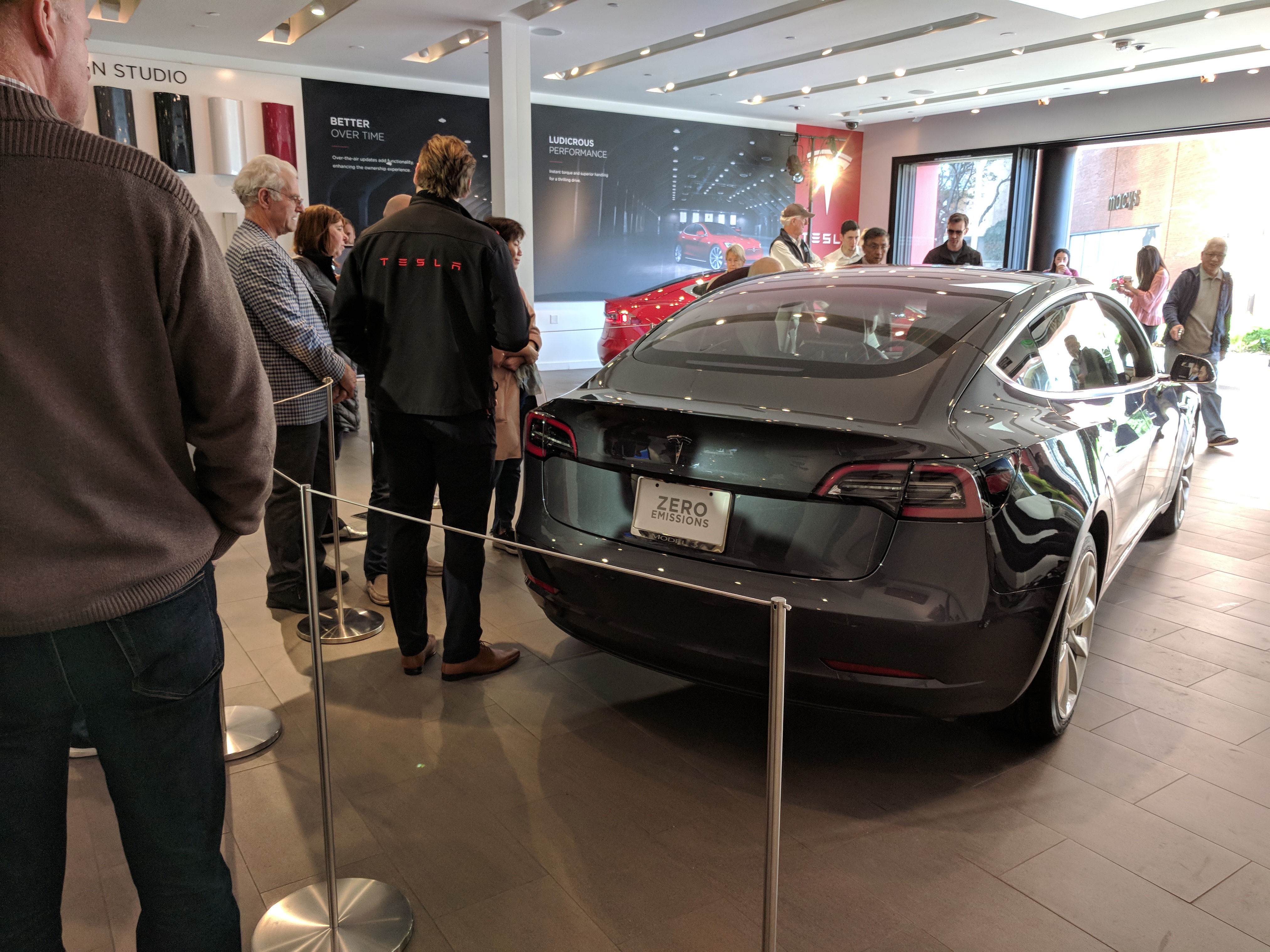 Early last week, Tesla Inc. (NASDAQ: TSLA) surprised the street, beating expectations and rallying up 6 percent during the day’s trading. While the reasons behind the surge remained unknown, speculations among Tesla’s enthusiasts were high that the consistently positive reviews on its latest and possibly most disruptive vehicle, the Model 3, helped in improving the sentiments of investors. This week, it seems like something similar is set to happen again, with the California-based electric carmaker’s stock up over 2 percent in early morning trading.

While shares of Tesla closed down at $336.22 last Friday, over the past weekend and into Martin Luther King Jr. Day, investors headed into Tuesday trading with positive sentiments and expectations. By 10:20 EST, TSLA shares were breaching the $343.00 barrier or up 2.02 percent from Friday’s close.

Just like the past week’s 6 percent rally, this week’s surge in shares of TSLA seems to be partly driven by the ongoing momentum the California-based electric car maker is enjoying with regards to the Model 3 and developments taking place in its energy division. Over the past weekend alone, interest in the company’s first mass-market electric compact sedan was at an all-time high after Tesla finally displayed the Model 3 to the public at its stores in the Los Angeles and San Francisco Bay area. Reminiscent of the day of Model 3 Mania, interested buyers quite literally lined up outside Tesla’s stores to get a chance to experience the game-changing electric car.

Apart from this, the company’s commercial truck, the Tesla Semi, is also enjoying a lot of interest not only from companies in the United States but also from other countries abroad. Over the past week, reports emerged that Norway’s Postal Norge had filed an order for the electric long-hauler. Even more recently, UAE-based environmental and waste management firm Bee’ah revealed that it had ordered 50 Tesla Semis immediately after the quad-electric motor truck was unveiled last year. The Middle Eastern conglomerate further announced that it had signed an agreement with Tesla to install the company’s Powerpack system at the company’s upcoming headquarters. 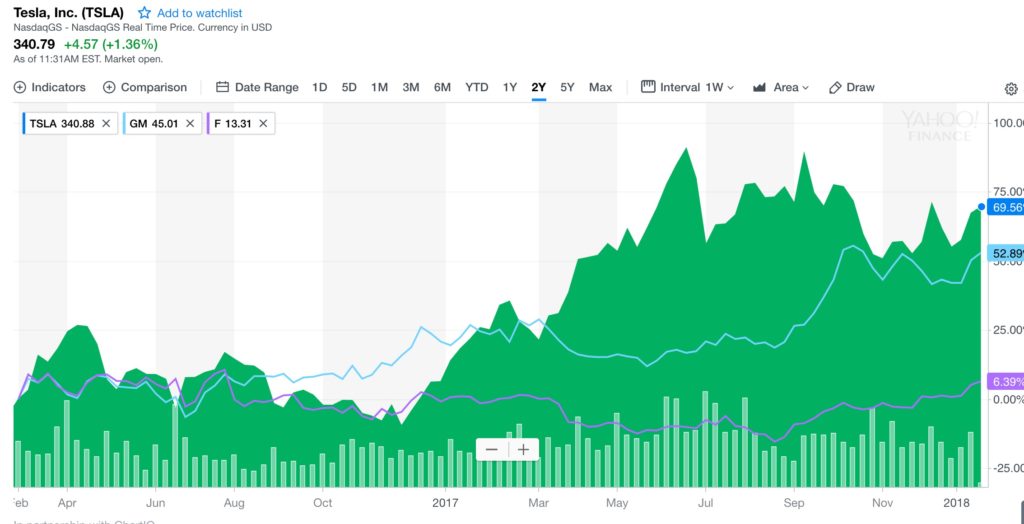 Overall, the start of this week seems to be favorable for the auto industry. Even Detroit’s biggest players such as Ford (NASDAQ: F) and GM (NASDAQ: GM) saw a surge in their stock prices. Ford, for one, saw a 0.55 percent rise in its stock, trading at $13.31 per share and attaining a market cap of $52.884 billion. GM, on the other hand, did just as well, trading at $45.10 and attaining a market cap of $64.082 billion.

Just like how Tesla’s stocks might be affected by the positive reception of the Model 3, the spike in the shares of Ford and GM might partly be the result of the company’s renewed commitment to an electric future. Just recently, Ford announced that it is investing $11 billion into its electric car development program, with the legacy automaker aiming to release multiple green vehicles within the next couple of years. GM’s Chevy Bolt EV seems to be doing its part as well, encouraging the auto firm to accelerate its eventual transition to the development and release of electric vehicles.