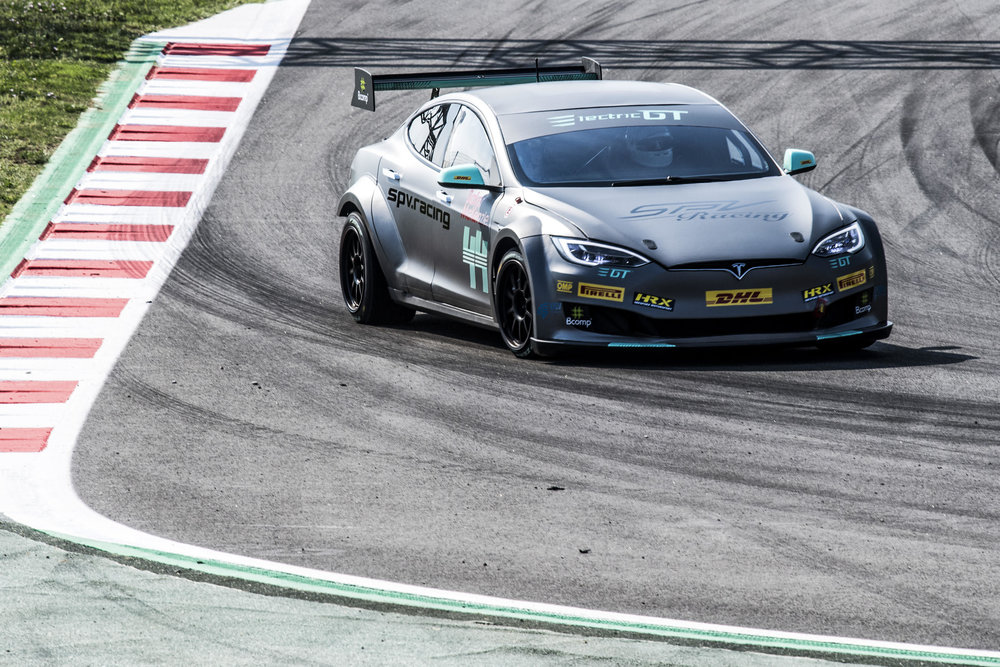 Back in April, the Electric Production Car Series, better known as Electric GT, revealed an eight-round calendar for its inaugural season, which was expected to begin this November at Jerez, Spain. The organization later unveiled its first race-ready vehicle, a highly-modified Tesla Model S P100DL, that is optimized for the track. Unfortunately, recent updates from Electric GT indicates that the racing series would be delayed yet again.

Electric GT was originally expected to begin in 2017, but delays forced the organization to push back the debut of the all-electric, Tesla-exclusive racing series. This time around, EGT noted that it was delaying the launch of the series since it is still seeking a lead investor. In a statement to Autosport, EGT CEO Mark Gemmell stated that almost everything is ready — from the series’ racing categories, FIA approval, and technical and broadcast partners. With an investor in the picture, Gemmell noted that the racing series could begin as early as the first half of 2019.

“Accelerating development in both electric mobility and sustainable energy means ‘The Age of Light’ will fast be with us. The Age of Light is a vision that has driven us for over three years to build an Electric Production Car Series that excites and inspires, and it is now close to final launch. Almost everything is ready: we’ve developed three fantastic race categories, received FIA approval and welcomed new technical and broadcast partners.

“The final ingredient is confirming a great lead investor who shares our vision of clean energy and transport, which is fundamental to launching the championship at the highest level possible. The championship start date will be set once this lead investor has been confirmed. As any start-up, we adapt and test our strategy to make sure the timing is right and the market ready. In creating an engaging and inclusive championship, we want to be open with our fans and supporters as we close in on this final step to bring the racing we all want to see.”

Last July, Electric GT showcased its first track-optimized Tesla Model S P100DL, where it was test-driven by veteran auto host Tiff Needell, who drove the vehicle around the Circuit de Barcelona-Catalunya in Barcelona. Needell, a former racing driver and presenter for programs such as Top Gear and Fifth Gear, was largely impressed with the track-optimized Model S P100DL, as the vehicle was powerful and it remained planted on the road despite performing aggressive maneuvers on the racetrack.

Unfortunately, Needell’s track session was cut short when Electric GT’s race-modified Model S P100DL exhibited heating issues after one lap and a half of hard driving, forcing the former racecar driver to head over to the pits, where the P100DL had to be cooled down. A spokesperson from EGT later issued a statement about the incident, explaining that the heating issue was caused by one of the vehicle’s outdoor temperature sensors from the air conditioning system being disconnected.

The Tesla Model S P100DL is a monster on straight-line races, but its limitations on the track are well documented. Electric GT is aware of this, and it has developed a system that could address the vehicles’ heating issues. The organization plans to introduce a system that would allow drivers to manage how much of the vehicle’s power they wish to use. Thus, to avoid overheating, drivers could opt to drive with a more manageable 470 hp, and only unleash the Model S P100DL’s full 778 hp when sprinting or overtaking. The Electric GT spokesperson noted that for the inaugural season, at least, the system will be “part of the strategy and part of the show.”