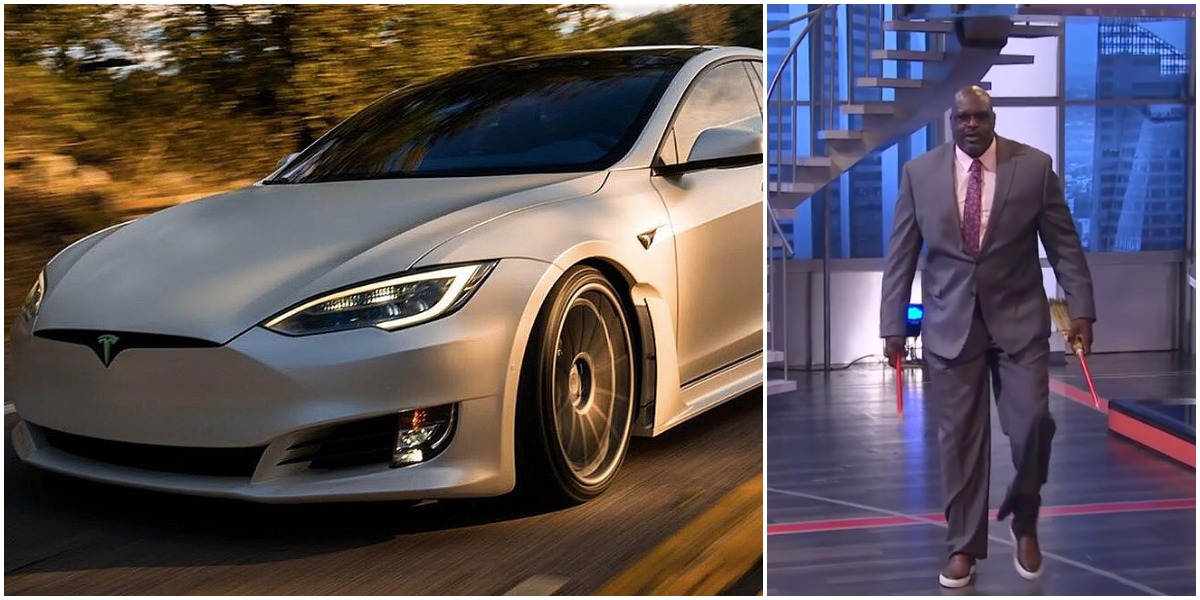 The Tesla Model S is one of the most impressive vehicles to ever drive on the road. It is the electric automaker’s flagship vehicle, and it has proven for eight years that it is as fast as it is environmentally-friendly. However, the lightning-fast sedan has its downfalls, and one of them is the fact that it cannot comfortably fit 7-foot 1-inch tall Shaquille O’Neal. But then again, what vehicle can?

In a Tik Tok posted by Anthony C. Hall, the Model S proved to be a tight fit for the former NBA Superstar. After attempting to climb into the Model S, Shaq showed that the spacious sedan was still not friendly enough to the massive frame that the four-time NBA Champion has dealt with for the majority of his life.

Shaq appeared to have the passenger’s seat shifted as far back as it could go. Shaq struggled to get inside of the car, tucking his head under the top of the door frame and awkwardly shifting his body inside of the vehicle while wiggling his size 22 shoes into the cabin. It was apparent that the Model S is not the most “Shaq-friendly” vehicle, even though he owned a P85 variant a few years ago. After finally finessing his way into the car, he gave Tesla CEO Elon Musk a word of advice.

Shaq was known for his athletic ability while playing in the NBA for 1992 to 2011. Now, the Louisiana State University alumnus spends his evenings breaking down professional basketball games with longtime friend Charles Barkley and others on TNT’s Inside the NBA.

While Shaq did own a Tesla Model S in the past, another car would probably be more suitable for the superstar. With the Model X available, Shaq may still have to wait for Tesla’s Cybertruck to release in late 2021 to find a vehicle large enough to accommodate his massive size.

Shaq has been a supporter of electric vehicles for several years. Even though he had a P85 Model S in his driveway at one point, O’Neal also was present at Amazon’s re:MARS event in June 2019, where Rivian CEO RJ Scaringe showed the longtime Lakers Center in an R1T pickup. The all-electric truck from Rivian seemed to fit Shaq reasonably well thanks to increased cargo space, and a massive frame, much like O’Neal has.

The Cybertruck will likely be the vehicle that Shaq would turn to for “a big boy Tesla,” due to its sheer size and brute strength. While the fleet of currently available Tesla cars will accommodate the normally-sized humans out there, Shaq will need something a little bigger, and the Cybertruck is the perfect fit.