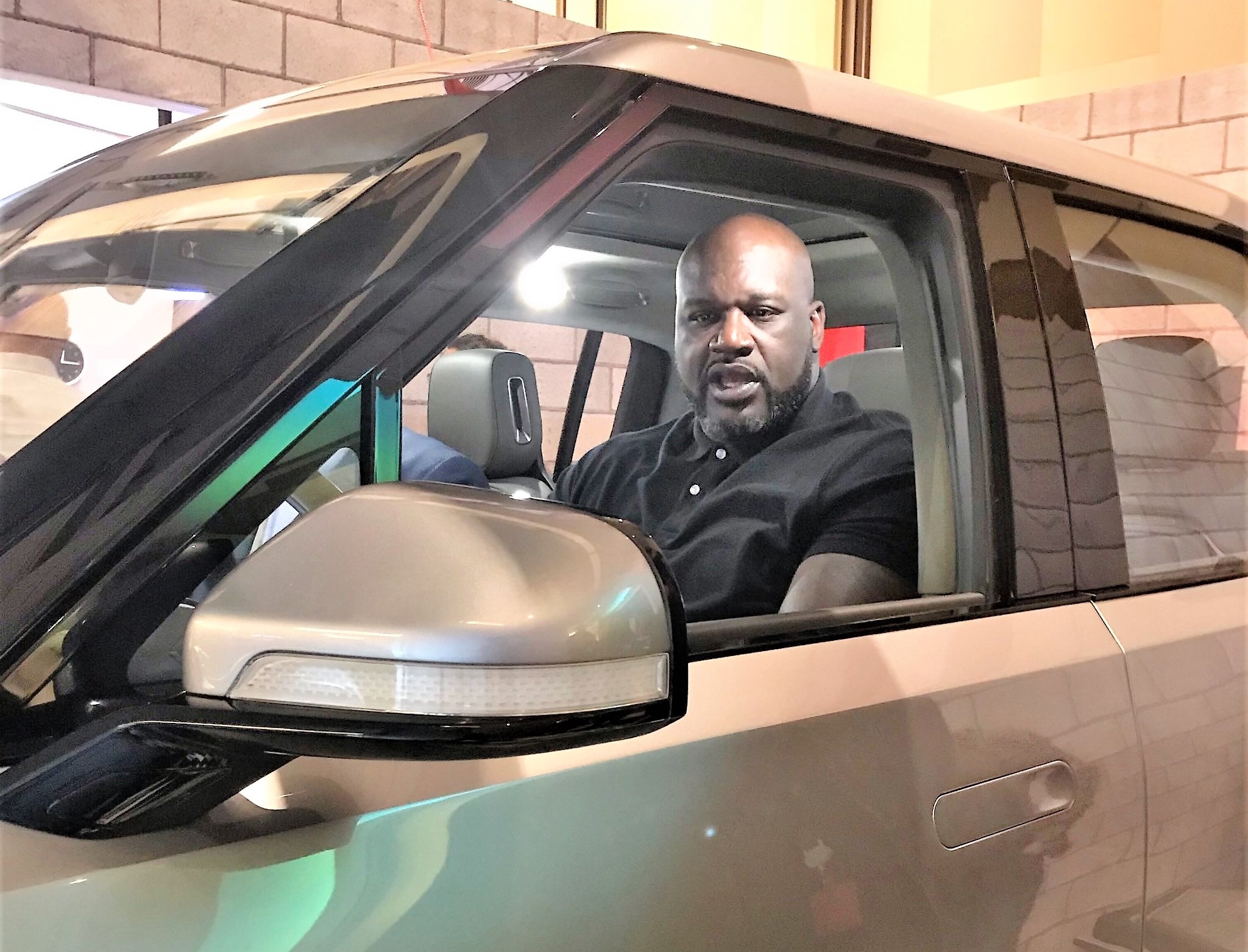 Rivian’s celebrity appeal expands to Shaq, showing ‘big’ electric adventure is for anyone

Rivian’s appearance at Amazon’s tech-focused re:MARS event this week drew some more attention from the celebrity crowd. Former NBA player Shaquille O’Neal paid a visit to the all-electric startup’s display and surprised onlookers by fitting his 7’1″, 300+ lb frame into the R1T pickup truck. “Shaq fits,” CEO RJ Scaringe tweeted after with a photo of the superstar in the driver’s seat.

Shaq himself posted a video of the event on his Instagram account. Rivian’s team is seen in the background, seemingly proud to have yet another celebrity take notice of the amazing work they’ve done with their vehicles. Singer Rihanna attended the company’s local invite-only preview before its appearance at the New York International Auto Show in April. As the event was only for the pre-order community, i.e., those who have put down reservation deposits for one of Rivian’s R1T trucks or R1S SUVs, Rihanna’s particular interest in the electric adventure vehicles is clear – she wants one.

Another major figure to visit Rivian at re:MARS, albeit not a surprising one given he’s the CEO of Amazon, was Jeff Bezos. In a video posted to Twitter, he’s seen walking around the event and having a look at all the tech on display. “Got a chance to scout some of the cool tech at the first #reMARS event,” he posted, tagging Rivian and the other companies featured in the clip. During Amazon’s all-hands meeting in March, Bezos stated that he is fascinated by the emerging trends in the auto industry and referred to Scaringe as “one of the most missionary entrepreneurs [he’s] ever met.” Amazon invested $700 million dollars into Rivian during a funding round earlier this year.

Amazon’s re:MARS 2019 event is an information and networking conference sponsored by the online retail giant focused on artificial intelligence (AI), robotics, and other related Earth and space technologies, including self-driving. The latest research, scientific advancements, and industry innovations are shared during four-days of networking, keynotes, and information sessions. This was the first year for the event and it took place from June 4-7 at the Aria Resort & Casino in Las Vegas, Nevada.

Rivian’s appearance at re:MARS was announced via tweet on its official Twitter account. “What happens when you combine a thirst for adventure with automotive tech and AI? Meet the world’s first Electric Adventure Vehicle at #reMARS to find out,” it said, tagging Rivian and including the hashtag #alexaauto. RJ Scaringe has teased “Jurassic Park” style tours with its vehicles that would implement the self-driving technology the company also has in the works. Perhaps Amazon’s Alexa digital assistant could narrate, if speculating about connections between the two companies.

Rivian’s CEO also shared some new insights recently about the R1T pickup truck and the R1S SUV in an interview with The Drive. In a discussion about the electric adventure company’s battery technology, Scaringe noted that Rivian is preparing solutions that will enable drivers to recharge their vehicles off the grid, such as auxiliary battery packs. He also added that the the cars would be capable of vehicle-to-vehicle charging, allowing two Rivians to charge each other. “We’ve designed the vehicle so you can have auxiliary battery packs. You can also charge Rivian-to-Rivian, which is a neat thing. You connect the two vehicles, and then I could hand you some electrons,” Scaringe said.

Overall, Rivian seems to be very well focused on developing its technology and appealing to a wide audience of future buyers.

Rivian’s celebrity appeal expands to Shaq, showing ‘big’ electric adventure is for anyone