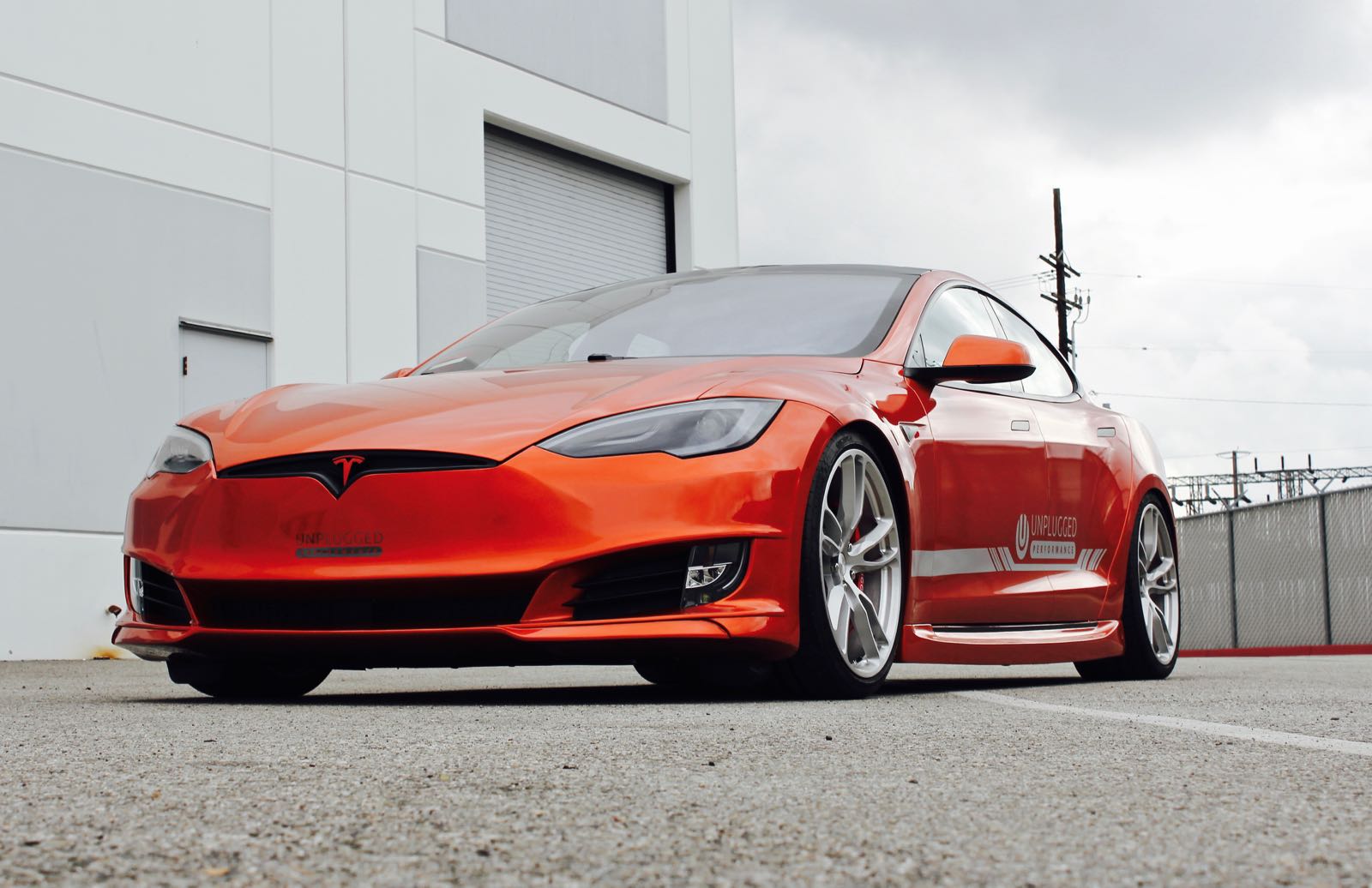 On an overcast December morning, two days before Christmas, I came face to face with the only text message that could pry me away from a fresh box of Randy’s Donuts. It was Avi. Avi Fischer, Managing Partner at Tesla tuning company Unplugged Performance. And he had something to tell me.

Avi and I had hung out months earlier at Tesla’s Gigafactory Grand Opening Event in Sparks, Nevada. It was during that event, amid a deluge of Tesla early adopters and their plus-ones on-site for bacon-wrapped weenies and free drinks, that I first learned of Unplugged Performance’s plan to begin producing the company’s Refresh Front Fascia kit. The Los Angeles-based carbon fiber-obsessed tuning company bills itself as the world leader in premium performance upgrades for Tesla vehicles, and they were on a mission to transform the face of all nosecone-equipped “Classic” Model S cars into a modern-day look.

“There’s some Refresh Fascias getting installed in case you want to drop in,” reads the impromptu invite sent to me via text message. Avi had invited me to take a look at the first production batch of their new body kit. I have to see this thing, I think to myself. It helped that Los Angeles was eerily quiet with no signs of life at the time, which also meant no traffic.

“Can you believe these are the same cars?” says Ben Schaffer, CEO, and founder of Unplugged Performance. “Woah” is the only response that comes to mind. With camera in hand and thoughts of my apple fritter waiting for me back at home, I quickly begin snapping away at the polarizing duo.

Both vehicles are the same year and model except one’s outfitted with the company’s newest Refresh Front Fascia System. According to Unplugged Performance, Tesla Model S vehicles produced between 2012 and May 2016, with and without Autopilot hardware, are eligible for the $2,995 upgrade.

“Everything transfers over from your current car,” says Ben while filming a video the company was planning to publish that day. “Fits naturally, fits easily, looks like stock and everything just works! It’s been a very very long, challenging process to make something as perfect as we could.”

When asked about some of the key differentiators that set their kit apart from the official Tesla Model S body style, Ben is quick to point out that the team has incorporated more aggressive design elements including a built-in lower lip, while maintaining the general essence of a new Model S but with Unplugged Performance design cues. The company plans to develop a lower front lip spoiler, identical to the one molded into the Refresh Front Fascia system, for Model S vehicles with the newer body style.

Beyond the styling update, Ben notes that the team has painstakingly designed a system that will “just bolt right on.” From the factory Tesla emblem to the bumper supports and factory body clips, everything is designed to align perfectly, according to Ben. They’ve even gone as far as building a quick-release mechanism that will provide access to the vehicle’s often problematic 12V battery, in the event of an emergency that requires access to the jump-start terminals. Access is typically gained through the removal of the plastic nose cone. 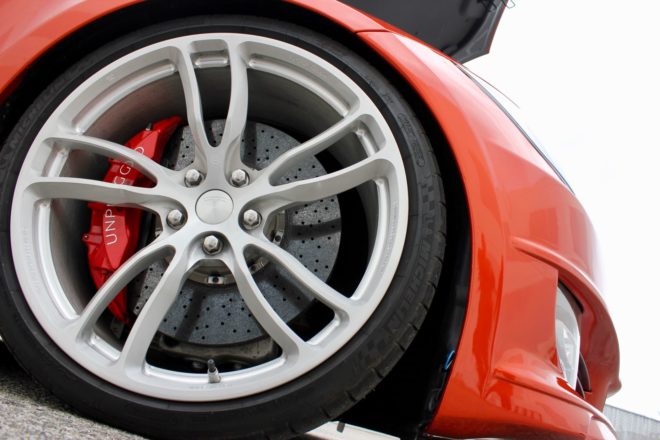 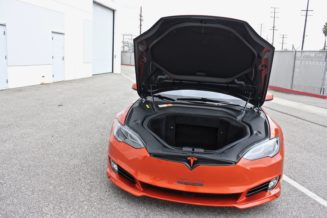 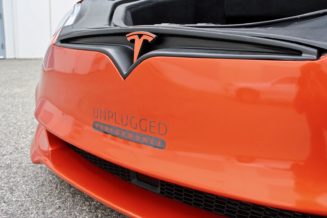 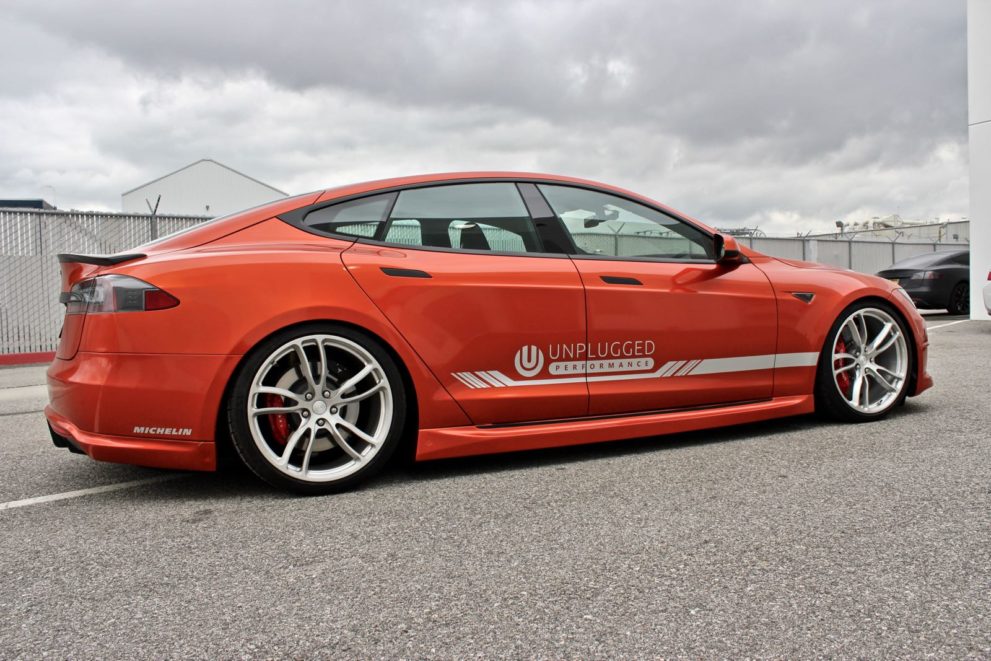 At this point, Avi returns and welcomes me into the shop so that I can bear witness to the process of transforming an older Model S into a new one. “You’re going to see the first-ever Refresh front fascia retrofit.”

What followed over the next hour was a team of two working on installing Unplugged’s new kit. Sensing some trepidation among the workers performing the retrofit – the technicians later told me that it was their first time installing a production piece onto a customer car – quickly faded as factory components, piece by piece, began to bolt seamlessly onto the Refresh Front Fascia System.

The result was nothing short of amazing. After roughly 50-minutes of work, the familiar appearance of a Model S that’s been around for four years suddenly rose with new life. I can hear the guys working on the vehicle joke about the Model S receiving a $50k upgrade, referring to the price difference between a used “Classic” Model S and one with the new body style.

I’ve provided some photos showing the unpainted Refresh Front Fascia being installed onto the Model S. 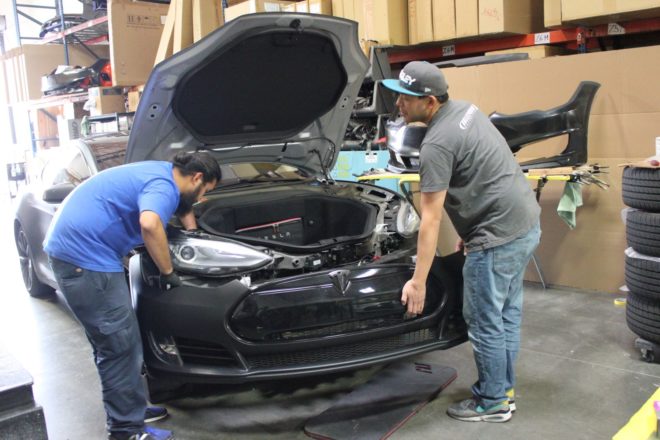 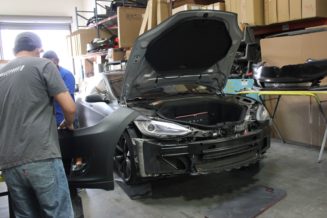 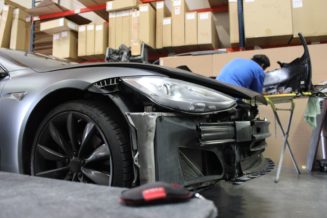 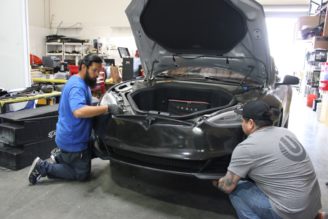 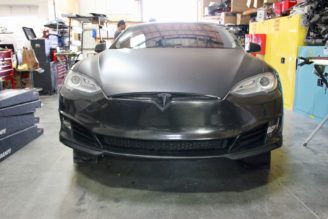 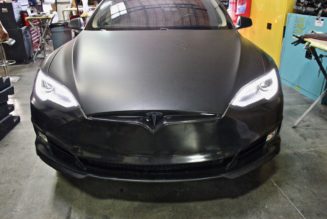 Unplugged Performance tells me that they aim to break away from the traditional mold of the modern-day tuner that, arguably, rides the Tesla train to turn a quick buck. Instead of producing smaller, high-volume accessories, Unplugged Performance aims to stay focused on producing high-end premium modifications for the smaller subset of discerning owners that might be looking for something a little more unique, and won’t mind paying for it.

“Can you come home now?” reads a text message sent over an hour ago from my better half. “We need to take your parents out to eat. They’re hungry.”