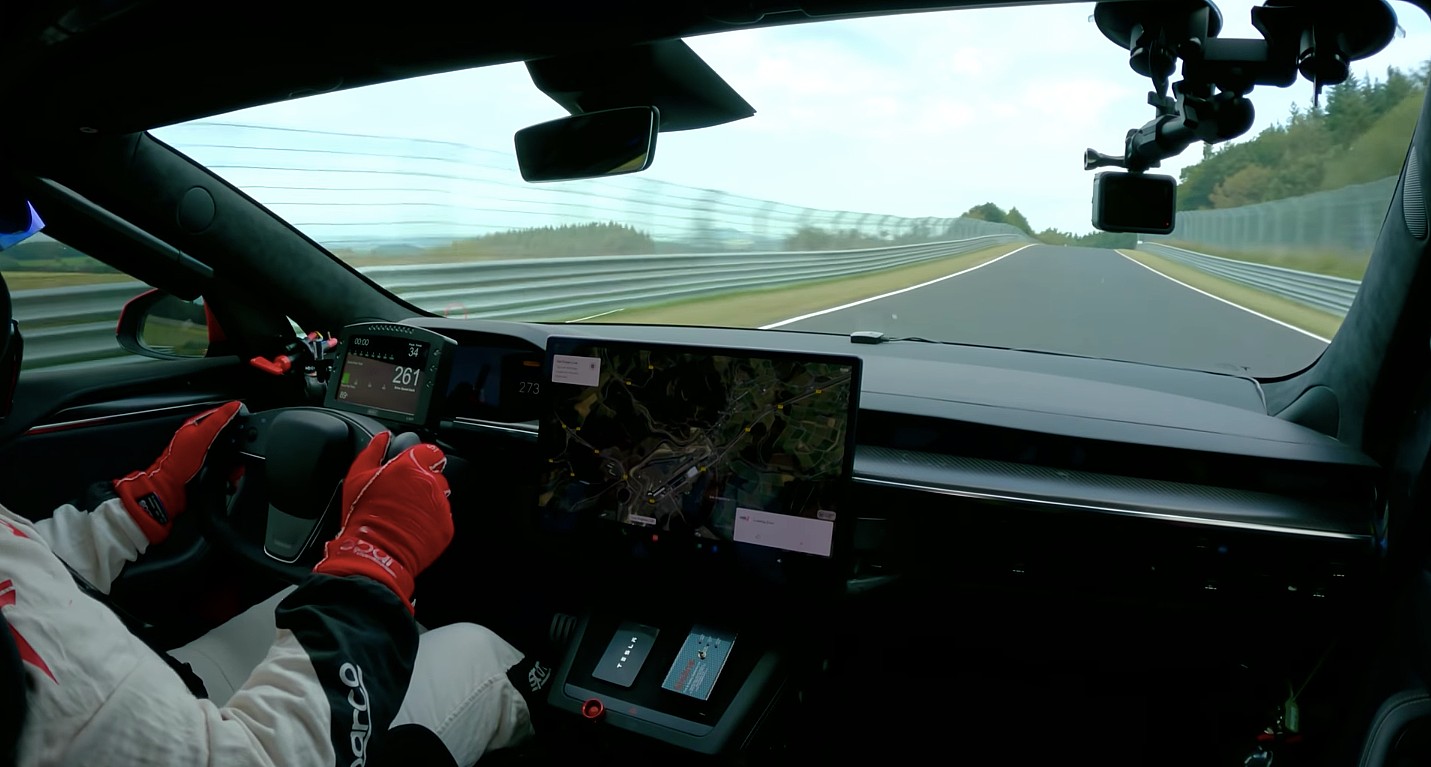 Tesla has released the in-car video from one of its record-setting runs at the Nurburgring. If there was anything that the flagship sedan proved as it ripped through a full lap of the 12.94-mile track in 7:35.579, it was the fact that the steering yoke — despite the brutal criticism that it has received to date — is no joke.

To say that Tesla’s decision to equip its new Model S with a steering yoke was controversial would be an understatement. Rave reviews of the vehicle typically included moderate criticisms of the yoke, while negative reviews, such as those from motoring agency Edmunds, flat out concluded that the yoke is a joke and one that contributed to the Model S Plaid being a “waste of money.”

Edmunds’ sentiments are echoed by many of Tesla’s avid critics, some of whom believe that the yoke should never have been allowed. But while this stance might be popular among Tesla skeptics, the company’s newly-released video of its record-setting Nurburgring run in the Model S Plaid shows that the steering yoke does not hobble the flagship sedan at all.

Over the course of the run, the Model S Plaid was controlled seamlessly by its driver using the steering yoke. The driver of the vehicle handled the brutal twists and turns of the Nurburgring without any issues, and there were even moments when the vehicle’s steering looked quite similar to the steering system of prototype cars like the Volkswagen ID.R.

The vehicle even reached its current top speed of 163 mph a couple of times, hinting that the flagship sedan could easily showcase even more impressive numbers once it receives a proper track pack and a software update that unlocks its 200 mph top speed. Overall, Elon Musk may have very well released something truly forward-thinking with the Model S Plaid’s steering yoke.

Elon Musk recently explained his rationale for the Model S’ steering yoke, which is also present in the prototypes of the Cybertruck and the next-generation Roadster. According to Musk, a round steering wheel, apart from being boring, actually blocks the screen of the Model S Plaid. The CEO also explained that the Full Self-Driving experience is far superior with a steering yoke.

Watch Tesla’s record-setting Nurburgring run with a steering yoke in the video below.