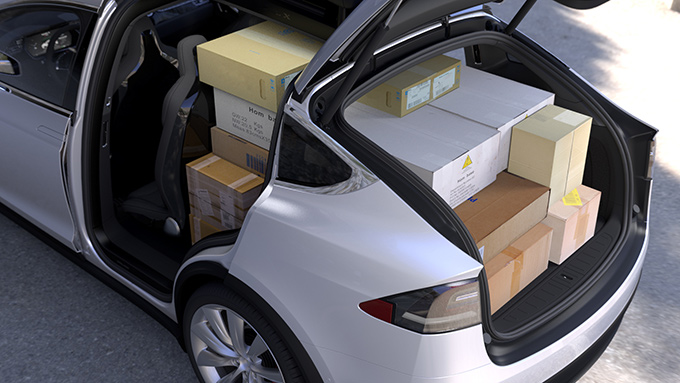 Do the Model X second row seats fold for additional cargo carrying capacity or do they simply slide forward against the front seats? Can children still fit? Despite the new photos from Tesla, the question on whether the second row can be removed, or capable of supporting children and car seats while in the upright forward position, still remain.

The graphic leaves the question about room for kiddies ambiguous. There is no indication in the graphic that there is any leg room between the front and second row seats with the second row pushed forward.