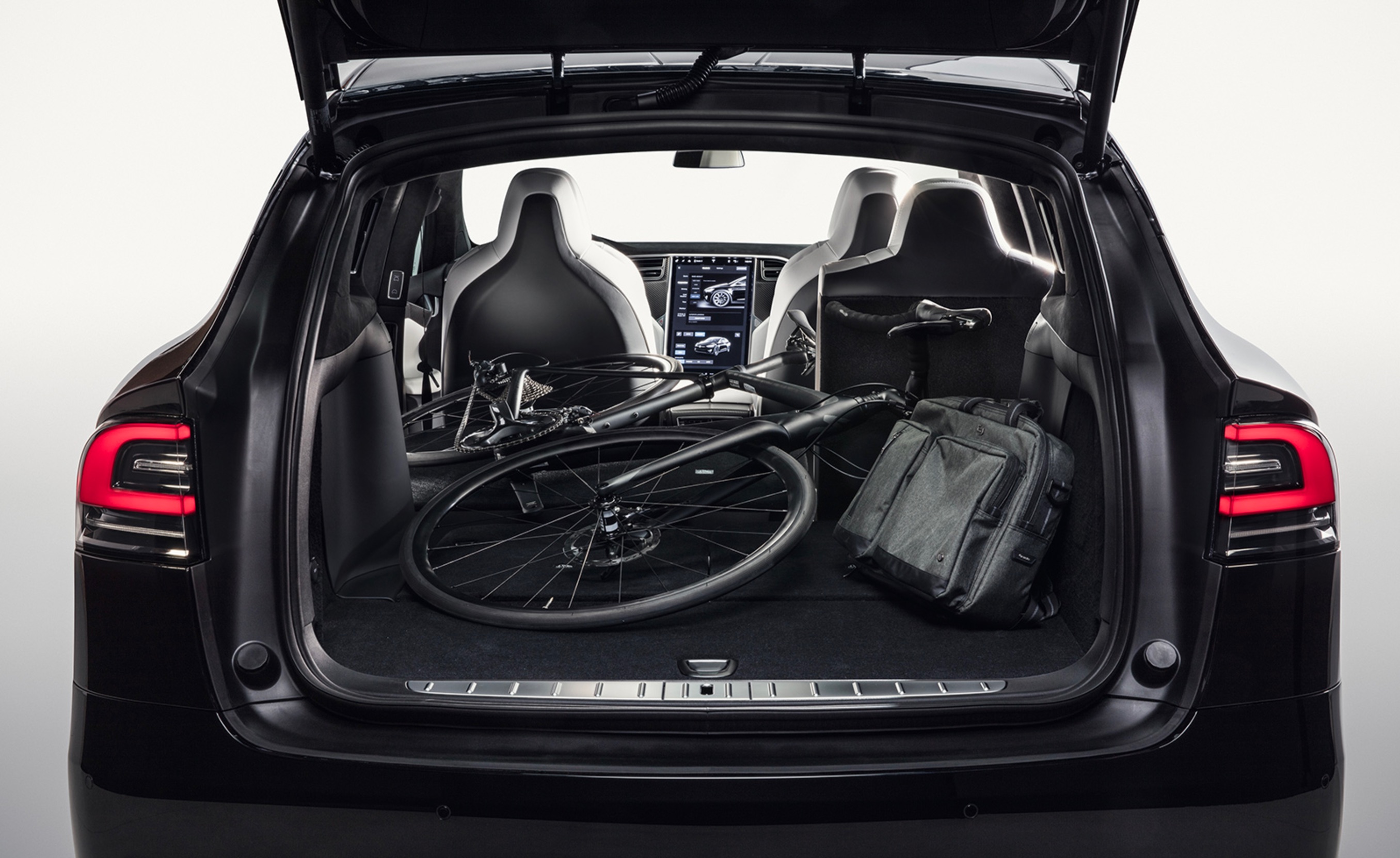 Tesla has finally introduced fold-flat seats in Model X with the 7-seat configuration, joining the 5-seat option as the other configuration designed to maximize interior cargo space.

The new fold-flat seat design replaces Model X’s “floating” second-row monopost base with a more traditional sliding frame mount. Tesla’s gorgeous monopost design allowed each seat to adjust individually while also providing ample under-seat storage. But despite the advanced design, Model X received criticism by owners over its lack of fold-flat second-row seats. Because of this, Model X had arguably less useable cargo space relative to the Model S trunk with back seats folded down. Joining Model X’s fold-flat second-row design, previously only available in the five-seat interior option, is the redesigned seven-seat option available as a $3,000 upgrade. A six-seat interior is also available on the Model X which foregoes the center seat in the second-row for either open space or an optional center console.

“Maximize passenger and cargo capacity with seating for seven adults. Second and third row seats can fold flat when not in use, creating extra interior cargo space.” reads the description for Tesla’s optional seven-seat interior for Model X. 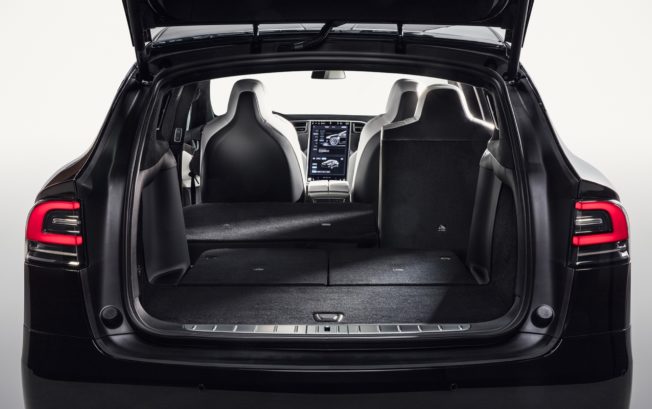 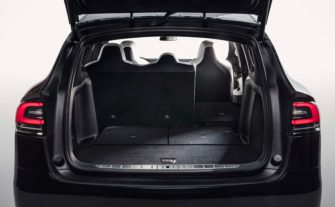 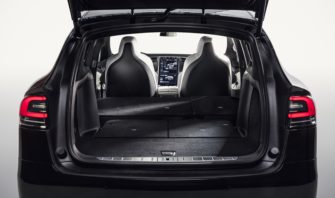 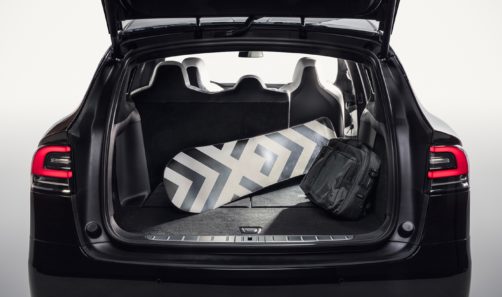 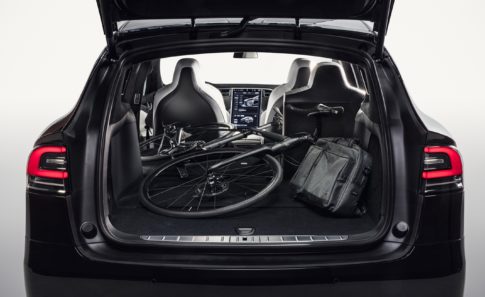 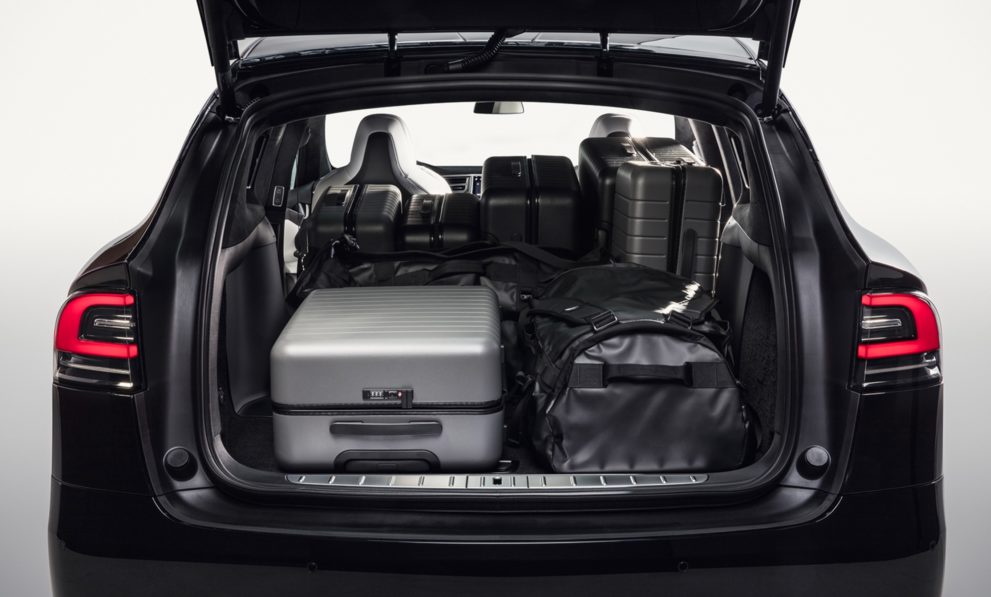 New photos published by Tesla show the expansive cargo capacity of the Model X with the split 60-40 seats individually folded down while still serving as a seating option in the second-row. With the second and third row folded completely flat, Model X has an unprecedented 88.0 cubic feet of interior cargo space, besting the 58.1 cubic feet of cargo space found on its sibling Model S premium sedan.

Here’s how Tesla’s Model X cargo space compares with other luxury SUVs within its class.

In addition to the new fold-flat seat design for the seven-seat interior, Model X was recently named the safest SUV ever after being awarded a perfect 5-star rating by the NHTSA. According to Tesla, people inside a Model X have a 93% chance of walking away from an accident without serious injury. Model X’s safety rating is the second highest on record, behind only the Tesla Model S.