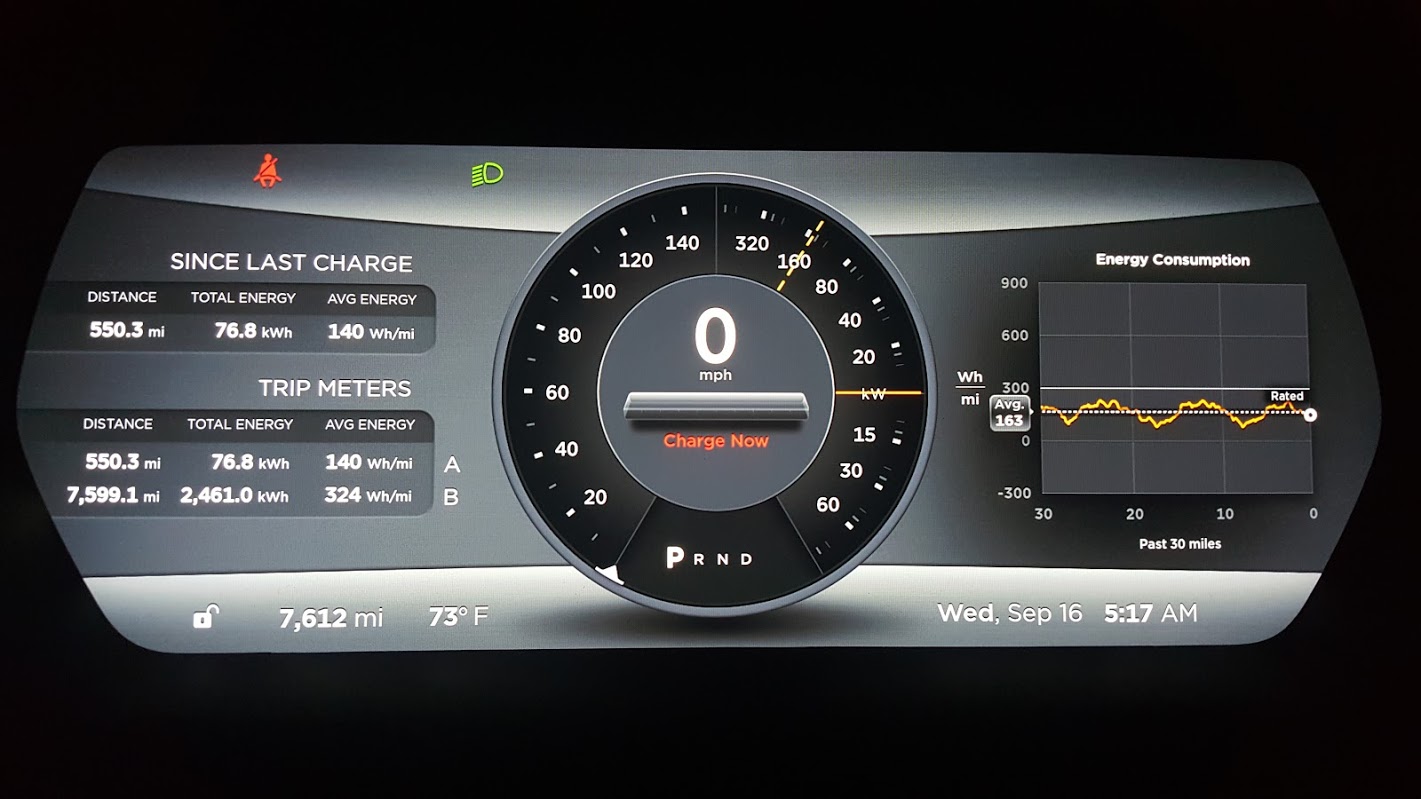 With calculated precision and a lot of determination, Casey Spencer crosses a major milestone to become the first ever Tesla to cross the 500 mile barrier on a single charge.

Casey originally set up a live stream of his record breaking attempt, but having gone through several laptop batteries during his first 14 hours of driving, the stream ended leaving many Tesla fans in the dark on his progress.

We now know that after 26+ hours of continuous driving, at a snail’s pace of 22 mph, Casey completed his epic trip by registering 550.3 mi (885.62 km) with 0 mi left on the display. This shatters the previous record for the longest distance travelled in a Model S set by Bjørn Nyland, besting it by nearly 100 mi.

So, how was Casey able to do it?

What it takes to drive 500+ miles in a Tesla

According to Casey’s initial live stream video, he took a very methodical approach by taking into account time of day, temperature, elevation and even wind speed. Nothing, apparently, was overlooked.

For one, Casey ensured that every single energy-robbing feature of the car was disabled which includes the climate control. He embarked on his voyage in the early AM hours when temperature was at its lowest point thereby eliminating the need to have any air conditioning on. Driving at night also guaranteed that a minimal amount of cars would be on the road. Two external battery-powered fans were used to keep in-cabin temperatures bearable as daylight swung around the horizon.

Casey broke the journey down into three legs with each leg having a different characteristic. The first leg would be mainly downhill, and at night – low temperatures, no wind and coasting most of the way.

Editor’s note: A tipster emailed us and corrected details for the first leg of the trip. Casey accounts in his video that “There is an initial down hill segment. The first [leg] will be somewhat downhill”.

The second leg would be mainly flat elevation but would take him into the daylight hours with an increase in windspeed. The third and final leg of the record run would see mainly tail winds bringing him over the finish line at an astonishing 550.3 mi (885.62 km) of distance travelled on a single charge.