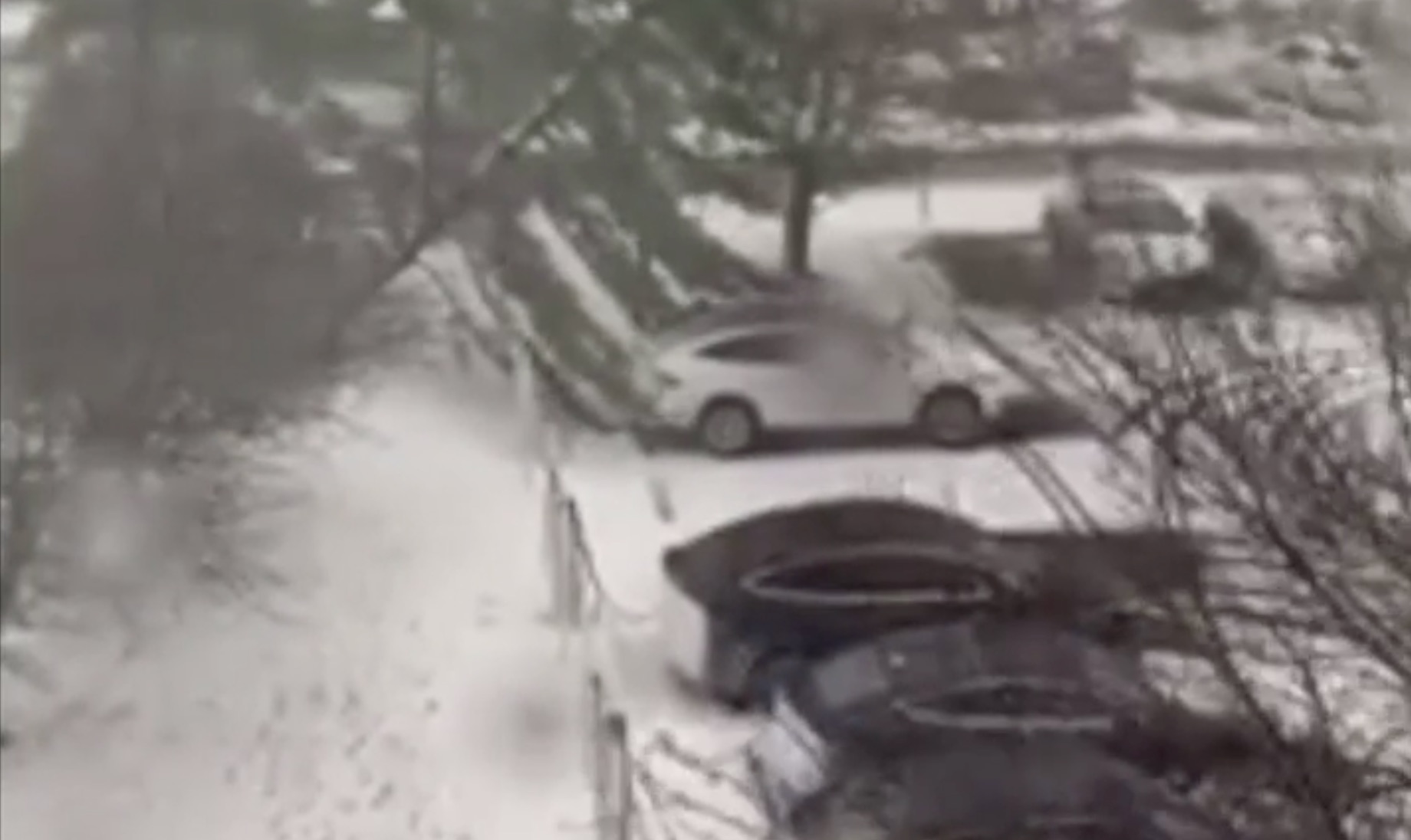 A Tesla Model X recently proved its durability in the most unexpected way possible, catching a falling tree during a snowstorm and coming away unharmed. The incident, which happened last Friday, was captured on video and shared on a Tesla-themed Facebook group, where it was received with both shock and amazement.

The incident happened in a Philadelphia, PA office parking lot, where the Model X, owned by a Tesla Owners Worldwide Facebook group member Jon Loeb, seemed to be charging. According to a discussion taking place on Facebook, Jon’s wife explained that her husband was in a meeting when the tree behind their Tesla started slanting.

Jon checked on their electric SUV as soon as his meeting was over, only to see a snow-covered tree come crashing down on the Model X’s roof. Jon was able to capture the entire incident on video, where he could be heard exclaiming a very audible “No!” as the tree fell on his car. Echoing observations from other members of the Tesla-themed social media group, Jon’s wife noted that summoning the Model X might have saved it from the accident, but Jon might have been too far to activate the feature.

The full video with sound can be viewed on the members-only Tesla Owners Worldwide Facebook group.

To the surprise of the Loebs, however, their Model X came away from the incident without any damages. As could be seen in photos of the vehicle two days later, the electric SUV seemed to be perfectly fine, with Jon’s wife noting that their Model X was just dirty because of the tree’s leaves. The Loebs reported no dents or scratches on their vehicle.

Inasmuch as the Model X’s survival from the tree’s fall is impressive, however, part of the reason why the electric SUV came away unscathed is due to the way the tree fell on the car. The branches of the tree, after all, served as a cushion for the Model X, protecting it from receiving the full impact of the far heavier and more damaging trunk. Nevertheless, dirt from leaves are hardly what car owners expect when a tree crashes on their vehicle. Thus, the Tesla’s lack of damages from the recent incident is still a testament to the durability of the Model X.

The Tesla Model X has proven itself to be quite a powerhouse, displaying feats of strength that are no less than amazing. Just recently, we reported on Tesla Youtuber Bjørn Nyland’s Model X pulling a 95,000-pound semi-trailer on the snow without breaking a sweat. Nyland’s Model X P90D also engaged a Hummer H2 in a tug-of-war rematch, where the electric SUV stood toe-to-toe against the GM-made ICE monster.