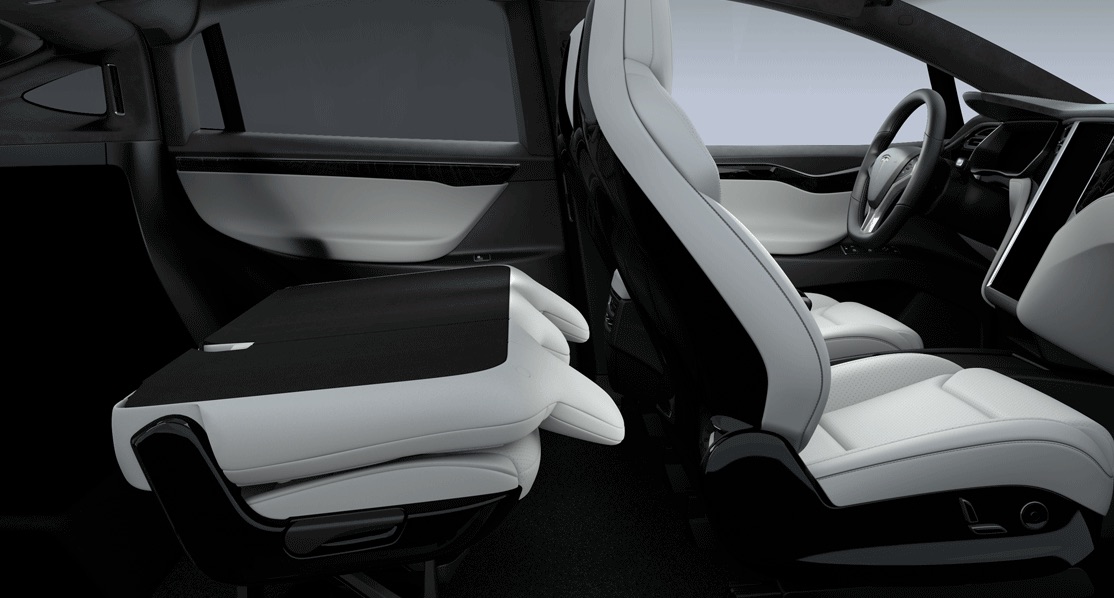 As we suspected earlier today, Tesla was about to update the second row seats on the Model X with a fold-flat design. We didn’t expect this to take place so quickly, however Tesla has in fact pushed out the ‘additional Model X seating variant’ – a folding second row seat – onto the Design Studio shortly after we reported it.

Tesla seems to have retained the monopost base for the second row seat and updated only the seatback. A manual pull lever towards the side of the seat is visible in the photo for the Five Seat Interior layout on Tesla’s Design Studio, indicating that the motorized tilt function of the second row seat has been removed. Being able to fold the second row seatback down either on an individual basis or the entire row is a feature that Model X owners have been asking for since the vehicle’s first debut. By folding forward all seatbacks, the cargo area of the Model X has been increased to a phenomenal 88 cubic feet of space.

For context, the Model S boasts a tremendous 58.1 cubic feet of cargo space with the seatbacks folded down and can easily accommodate a full-sized bike. With the newly designed Model X fold-flat second row seat, Tesla was able to increase cargo space by 50% over that of the Model S.

How does the improved cargo space on the Tesla Model X with 5-seat configuration compare with other luxury SUVs within its class? Well, it stomps the competition.

We’ve included an animation showing how the new Model X second row seat will fold down (refresh page to see it in action again).