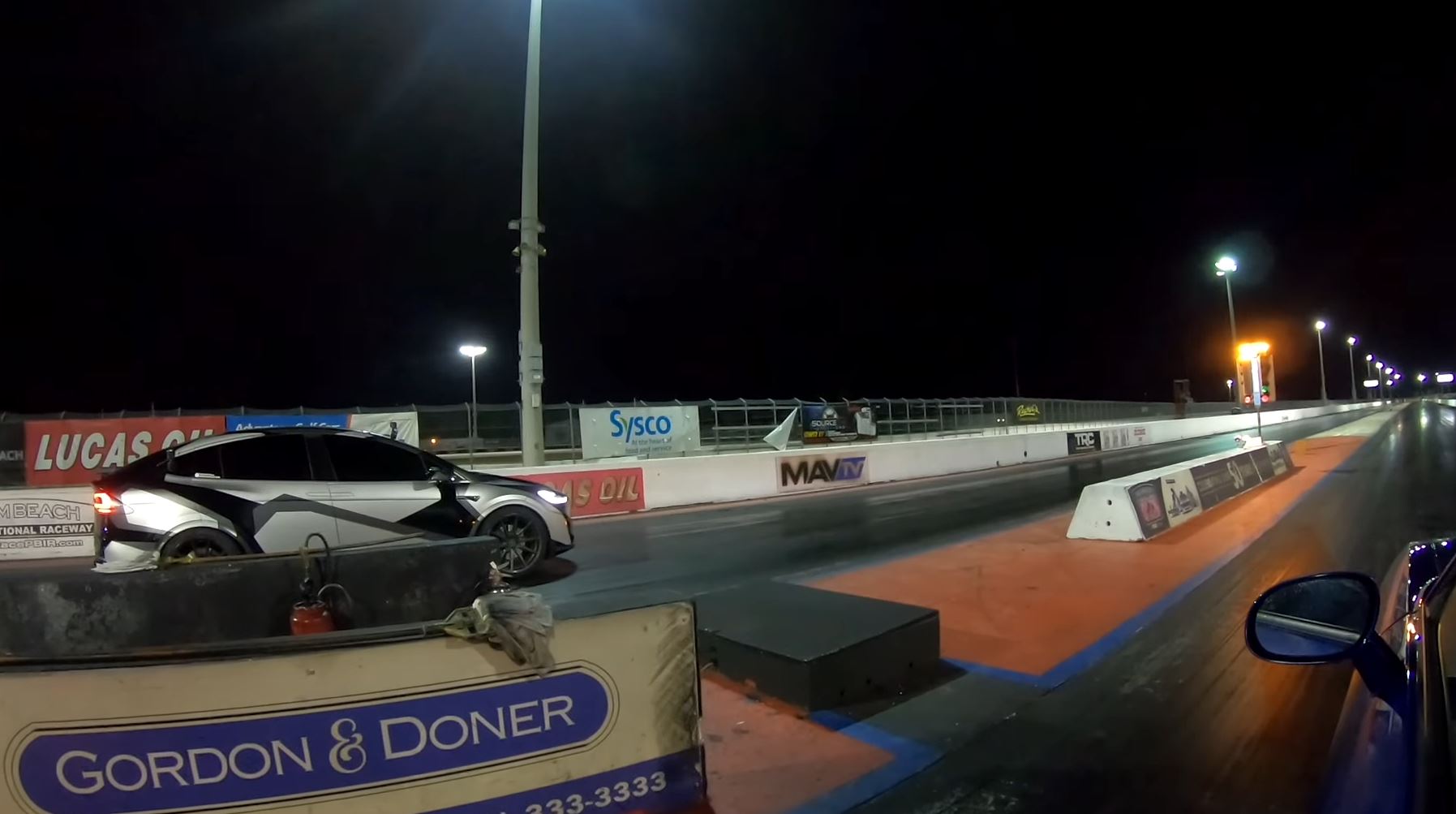 The heads-up race posted by Drag Times pit the Dodge Challenger 1320 in a  race-ready, single-seat configuration with drag radials against Tesla’s all-electric SUV.

The matchup followed a neck and neck drag race between the Challenger and a Model 3 Performance, with both cars crossing the quarter-mile in 11.5 seconds.

The video did not reveal the time results from the Dodge Challenger 1320 vs. Tesla Model X Performance but there’s just a good dose of satisfaction when you see an SUV that’s purposely built to be a cooler family car than a minivan demolish a muscle car that’s specifically engineered to beat other vehicles on the quarter-mile. However, the Model X Performance proved to be too much for the Dodge as it crossed the finish line by almost two cars’ length ahead.

The stock Challenger R/T 1320, according to its manufacturer, has a quarter-mile elapsed time of 11.70 seconds at 115 mph. The Challenger drag car on the video did well in an earlier race versus a Model 3 beating the latter by a blink with a time of 11.535s and 11.589, respectively. However, the drag car was no match for the electric SUV.

A Tesla Model X beating speed monsters is impressive but nothing new. Last July, a Model X Raven punished a loud and growling Lamborghini Urus finishing the quarter-mile in 11.24 seconds and 12.24 seconds, respectively. In 2018, A Model X P100D set a record for the quickest production SUV in the world clocking 11.281 seconds in a quarter-mile race on the same race track.

A Model X P100D also proved to be too much for an Acura NSX, a car that was a worthy challenger to the electric SUV in the past and who will forget the win of a Model X vs. a coal-rolling BWM in 2018.